Right after a band’s name, how a group comes together and not only grows, but sustains—and in the case of folk trio The Wailin’ Jennys, sustains for nearly 20 years— is the next most notable aspect of a band’s story. Though what might surprise some, is the fact that there was never a grand plan or slowly developed strategy for the Manitoba, Winnipeg trio to become an ongoing endeavor back in 2002. To that end, it feels fitting that the first track on The Wailin’ Jennys debut album 40 Days—a song titled “One Voice,” written by founding “Jennys” member and vocalist Ruth Moody—would also go on to become bigger than the sum of its musical origins.

A three-part, vocally cumulative, acoustic song that builds on a partially repeated lyrical premise of this is the sound of one voice… voices two… voices three… all of us, the hymn-like piece seems not to leave much mystery within itself. However, its simplicity bears more surprises than its surface character gives away.

“You know, [sometimes] songwriters describe that experience of almost like, receiving a song. And [‘One Voice’] is maybe as close as I’ve ever come to that experience where it just sort of starts, it just kind of arrives, and you just are lucky enough to be there with a pencil and you write it down,” Moody says. “[Conversely], I think the seriousness [of the song] maybe comes from the fact that it was my way of processing, a very, very serious and emotional moment.”

Indeed, Moody was quite fortunate to have pencil and paper within easy reach, as the fated stage for igniting the idea behind “One Voice” was none other than a room full of emotive musicians, all running on the perpetual energy of an open jam session.

“[The music and lyrics] came very easily and spontaneously,” she explains. “[The Wailin’ Jennys] toured folk festivals across the country and we were at this [one] camping festival. There was one night where all the musicians were gathered backstage, around the kitchen, and the jamming went late.

“People just kept starting songs, everyone would join in,” she continues. “It went from sort of rowdy jams, to really moving, intimate, sharing from individuals. I don’t know that I thought about it consciously in this way but, I think [the thought] just really hit me: If only the world could be more like this—that just the power of music [could] bring people together. And so, I was so moved by this at around two in the morning, I went up to my tent with my flashlight and just wrote down the words to the song.”

This duality of internal and external experience isn’t the only interesting set of opposites sewn into the song’s foundation. Given “One Voice” became rather iconic for not just Moody, but The Wailin’ Jennys as a whole, it’s interesting to note how despite being one of the earliest projects the band undertook after coming together, “One Voice’s” solitary compositional approach ended up enduring as the primary songwriting method for the band.

“[The band has] sort of talked about maybe sharing some ideas but it’s just worked really well for us to stick to that formula of writ[ing] our own songs, and we arrange them together,” Moody explains. “I think, the fact that we’ve been in a band for 19 years now—let’s put it this way: It hasn’t hurt us to to always respect the fact that that we’re all solo artists as well because I think that balance is important.”

Perhaps the most fascinating aspect of “One Voice’s” finished iteration, comes from how others’ feelings of resonance have manifested through so many altered arrangements of countless cover performances. The sheer creativity and degree of deviation from the piece’s original three part, acoustic folk structure that The Wailin’ Jennys ended up embracing, speaks to the song’s fundamental flexibility. “I think by nature [“One Voice”] is a folk song [but] I’ve heard some arrangements that definitely sort of went in different directions [from the Wailin’ Jennys] and they have also been [emotionally] effective.” says Moody.

Coincidentally, the Jennys’ arrangement was itself inspired in part by the atmosphere of music built into Moody’s own upbringing. “As I was writing [‘One Voice’] I realized, ‘Oh, this, this could be a good ‘Jennys’ song. And by the end I thought, ‘Oh wow, ‘voices three,’ this is very reflective of my life right now with this band that I’ve just started.’ I also grew up singing with my sisters so, singing with three other people has been a real theme in my life,” she says.

Still, beyond the logistical explanations for how Moody might naturally feel inclined to work on a new piece of music, “One Voice’s” inherent message plays a significant role around why for her, the straightforward, acoustic, folk-oriented arrangement felt not only easiest to approach but most appropriate for conveying the ideals of the song. “I’m a singer-songwriter in the folk genre—if I have to choose a description,” Moody says. “I think [the song] just lends itself––it’s a simple message. It was pretty basic chords on the guitar.  It’s pretty simple and straightforward and I don’t think it really needed anything more [or] anything more complicated.”

“I feel as strongly about the importance of music and arts, as well as music and arts education, as just about anything,” Moody explains. “My mom is an amazing music teacher and so [my family] grew up with her [educational] influence and I think she probably is my greatest influence.

“After growing up with classical music, I didn’t really discover other kinds of music until I was maybe 15 or 16 and [then] I got really interested in traditional and Celtic music and I was way more interested in that before I became interested in songwriting,” she adds. “So I think those things—having a musical background [while] having the building blocks and the theory, and discovering traditional music at a still somewhat formative time in my life—probably have really helped me be a songwriter and arranger of music. On one hand, there’s a lot of [technical] tools and then on the other hand, you learn about structure. Some of my songs sound traditional I think, because of that love of traditional music.”

Though Moody’s musical experience and ambitions have expanded over time, the emotional place from which songs far newer than “One Voice” are derived, always reaches back to remember the kind of spur of the moment, passionate mindset that sparked the essence of the enduring hit, even if the technical framework of new music might shift over time. “These days, I just sort of hope that inspiration strikes and I just try and write as honestly as possible. I don’t think a song has to be universally relatable to be good.” Moody says.

“But sometimes as I’m writing I’ll think, ‘Would this be easy to connect to or, is it too obscure?’” she adds. “I think the thing I’m always trying to do is sort of connect with my subconscious and let that [emotional] truth come out in some way before I start fiddling with it. [If] I go in with this sort of a goal to write a certain kind of thing, then I’ve already maybe prevented that most raw emotion or truth from revealing itself.”

Much the same way Ruth Moody occasionally finds herself rekindling familiar inspirations for new songwriting, it’s rather amazing to see some of the original questions she felt compelled to ask herself while writing “One Voice” after that festival jam session—“What can we do to make this world a better place? How can how can we connect with each other?”—have turned out to be sentiments people are so acutely exploring now, almost two decades later.

“Not only is there a lot of division and unrest in the world right now but because of COVID people can’t actually physically be together. So I think the message [of “One Voice”] is doubly important because it’s about coming together, and joining together, and it’s about peace,” Moody affirms.

“Music connects people to their feelings, their memory, their subconscious,” she adds. “It connects people to each other. It opens portals in the mind and heart that nothing else can [and] I think on so many levels, [“One Voice”] is speaking to people and that makes me really happy. That’s a really good feeling to know it’s helping people and that it is providing hope.” 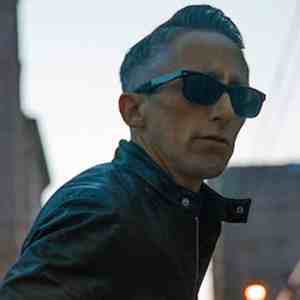 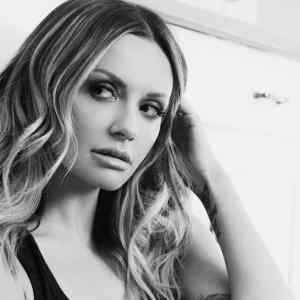