Songwriter-Drummer Don Brewer on the Origins of a Rock Anthem

It’s one of the most iconic songs in rock & roll history. Written and sung by Don Brewer, drummer of Grand Funk Railroad, it came out in 1973 on the album of the same name. Produced by Todd Rundgren, it was the band’s first number one single.

The story behind the song has been the subject of some dispute, which we’re happy to straighten out. According to one oft-repeated account, the song emerged when Grand Funk and the British band Humble Pie were on tour together in 1973. After a show, the bands were drinking in a bar when an argument grew heated about which was best, American or British rock & roll. Don Brewer stood up, as the story goes, and started yelling out the names of the great American rock stars, such as Jerry Lee Lewis, Buddy Holly, Little Richard and Fats Domino.

Then, with great intensity, he declared, “We’re an American band!” And went off and wrote the song.

“That is completely untrue,” said Don. “That never happened. We were great friends with Humble Pie!”

The real story from the source, Don Brewer, is here, in his own words.

DON BREWER: We were going through a major lawsuit with our former manager, Terry Knight, and he was suing every town we were playing in, disputing the fact that we owned the name Grand Funk Railroad. It was a very tough time for us. He was trying to drive us into oblivion. It was sink or swim time.

At the same time radio was changing from being FM underground to now a new hit format. All of the songs had to be three minutes long and they had to have commercial value and they had to have a hook and so forth and so on. So we’re flying into all these towns on a tour and we’re being sued by our manager and it was feeling like if we don’t come up with the records, we’re going to go bye-bye.

With all of this hanging over our heads. I decided I was going to try to throw my hat into the ring and do some of the writing and singing.

We were on planes all the time, flying into these towns. I remember I’m looking down at the ground as we’re coming into a city and that thought came to my mind: “We’re coming to your town, we’ll help you party it down.” Because that’s what we’re doing; that’s what this band does.

So I wrote the song around that line and came up with the other things that were going on while we were on the road at the same time, like the young chiquitas in Omaha and sweet sweet Connie.

I’m a drummer, and not a great guitar player, but I can pick and diddle around out on a guitar. I came up with very simple chord changes, and then I wrote the song really around those chords and that idea.

I really didn’t see that this song would be our big hit. We were just grasping at straws, trying to come up with stuff that was commercial. And we enlisted Todd Rundgren to come in and help us make that transition from FM underground to a more hit format sound.

We recorded it at Criteria Studios in Miami. When we finished that song, some guys from Capitol Records had come in to listen, and when that song played they started jumping up and down. They started going, “That’s it! That’s a hit. That’s a hit!”

I remember walking into the control room when they were celebrating and I’m going, “You guys really liked that? You really do? Do you really?”

Because of them, we made it the single. We remastered that song, and before we were even done with the album gave it to Capitol so that they could plan the release of the single prior to the album. It was a done deal right then.

Todd Rundgren was the ideal producer for it. He was definitely the sound guy. He has a formula for how things sound. And, you know, he starts tweaking those knobs and he makes the drums sound great and he makes everything sound good.

Also, he puts it to tape that way. He doesn’t go to tape flat, with no EQ, no echo, no nothing like many producers, who add the effects later in the mix. Todd just throws all that out the window and he records it on a tape the way it’s going to be. This is what it’s going to sound like. Which for us was liberating, especially doing the lead vocal, because you could hear what the record sounds like while making it.

I pulled off the side of the road and I cranked it up. And I just sat there and I couldn’t believe how good it sounded on the radio. It just had that thing. And that’s when I knew, that’s a hit record. That’s what hit record sounds like.

It’s become a standard, and it’s one of those American flag-waving songs. Although I wasn’t trying to wave the flag at all really. It was just descriptive; that’s what we are. I was writing a song about the band.

But it’s also a celebration of the country, and of American rock and roll. I mean, that’s where it comes from. Rock & Roll is an American thing. 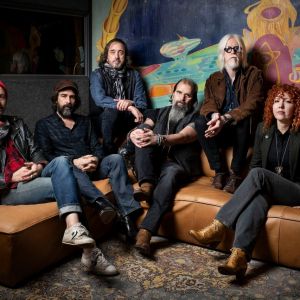 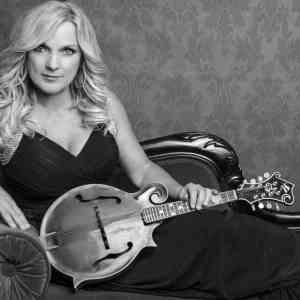