“This Land is Your Land”
Written by Woody Guthrie

When I was a child, Mrs. Cox’s third grade music class taught us about folk music. At the age of eight or nine, I wasn’t really sure what folk music was, but the words seemed to tell a story, unlike anything I was hearing on the radio at home. As our daily musical class took us to far off places like “Scarborough Fair,” or “down to the crawdad hole,” I was immersed in what would later become an important part of my life as a writer.

One of the songs we learned that year was a song entitled “This Land is Your Land.”  Written in 1940 by iconic American folk singer Woody Guthrie, the song was originally entitled “God Blessed America for Me,” which was later changed to the title we now know. Guthrie, who was a known political leftist and self proclaimed “dirt bowl refugee,” had grown irritated with the overall message and subsequent success of the Irving Berlin classic “God Bless America,” which Kate Smith had made popular the year before. As a critical response to Berlin’s song, which seemed to be getting all the radio attention, Guthrie penned what would later become a national treasure.

The melody for Guthrie’s song, which sounds compellingly similar to an earlier Carter Family tune called “When The World’s On Fire,” may have been borrowed from the Carters as much as they borrowed the melody themselves from an old Baptist hymnal. Known primarily as a lyrical storyteller, it was not uncommon for Guthrie to write a song’s lyrics first, then find an appropriate melody to fit the song’s parameters.

Guthrie’s song became an anthem of sorts for Americans, and would eventually go on to be recorded by numerous artists throughout history including  Bob Dylan, Bruce Springsteen, Lee Greenwood and John Mellencamp.

Guthrie originally wrote at least two additional verses for his song that were never recorded. While often accused of being a communist himself, it is likely the two additional political verses were never included in the song due to the effect of McCarthyism during the 1940s.

“There was a big high wall there that tried to stop me.

But on the backside, it didn’t say nothing.

This land was made for you and me.”

“One bright sunny morning in the shadow of the steeple,

by the relief office I saw my people.

As they stood hungry,

I stood there wondering if God blessed America for me.” 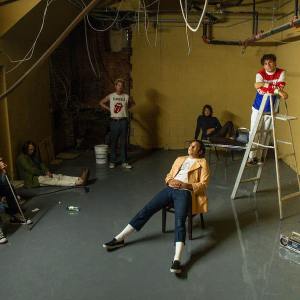 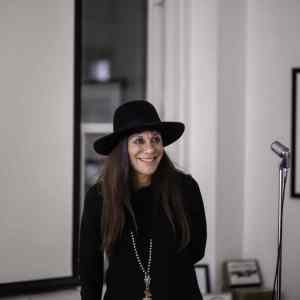