Born out of illegal warehouse parties, there’s still something inherently small-scale about the Growlers, even when they’re playing a 5,500 capacity venue in the middle of Central Park. A decade after the release of their first album, the surf-loving band’s scrappy SoCal charms have steadily kept their profile rising across a time span that sees other bands blow up and immediately become nostalgia acts.

“I’ve always written songs that sound like a really old man to me, and I’m surprised that the fans keep getting younger,” frontman Brooks Nielsen laughs. “It’s strange, because I’m only writing for myself, I’m not writing for anybody else, so it’s kind of weird. I guess it is relatable, no matter what age you are.”

Both older listeners and the teens who flood the @losgrowlers Instagram comments will be pleased by the band’s seventh LP Natural Affair, which follows 2016’s Julian Casablancas-produced City Club. While other acts might have felt pressure to keep going bigger and bolder, the Growlers pared things down and made the album themselves in any studios they could find on breaks from touring.

“I’m not a perfectionist,” Nielsen says. “Especially with music, the further we get away from that initial beginning part of making a song and when it’s released, it’s the natural representation of what first comes out of you. After that, you just keep getting further and further away from the original idea.”

City Club was a crisper, cleaner production than previous releases that were parked firmly in the garage, with songs like the title track and “Night Ride” veering towards the muscular groove of Casablancas’s solo material and work with the Voidz. Even with a less-is-more approach, hints of maximalism pop up again on Natural Affair, particularly with fizzy synths on “Try Hard Fool” and the disco stomp of album highlight “Social Man.” That evolution comes courtesy of guitarist Matt Taylor’s 80s influences; Nielsen admits that he hasn’t listened to music for fun in years.

“We don’t really discuss it, we don’t really talk about ‘Where is this record going to go? What kind of things do we want to do?’” the singer says. “It’s kind of almost taboo. It’s too contrived to do it that way, it’s kind of cheap … I think I kind of stay steady and don’t change much because I don’t have any outside influence. You’re still getting an emotional old man singing songs, and Matt is doing the opposite out there, listening to contemporary music, changing his tastes in vintage stuff and ever searching.”

Though Nielsen’s seeming lack of enthusiasm might be surprising, given his profession — “It’s just such a big part of my life that when I switch gears and go to my other life, it’s the last thing I want to do” — isolation is built into his process.

“We do a lot of our writing alone, so Matt will sit at his home and try to make things, I’ll sit at my house,” he says. “Being alone, it’s just kind of a lot of soul-searching and drinking too much when I’m writing. That kind of brings down my guard a little, so that things can kind of channel through me. I guess I just retrace everything that’s been going on in my life. I’m a very unemotional person, I actually kind of neglect thinking about a lot of things and bury it. When it comes down to writing, it all starts pouring out of me.”

The world has become a different place since the Growlers last released a proper album, something that Natural Affair’s title track nods to with the lines “Boys will be boys and get away with murder / Girls should rule the world, it’s true.”

“I come from a Latin family, a Mexican family, and that’s literally how it was,” Nielsen describes. “The boys run rampant, and the girls get a lot more control put over them. It’s kind of a traditional, old-school thing that’s always bothered me. I was kind of mixing two worlds there, talking about my Growlers family and my real family.”

Though he’s quick to admit that those around him tend to see him as a pessimist, Nielsen still has hope for the future.

“Minus the extreme people, it’s always getting better,” he says. “If you talk to anyone older, they’re going to tell you that if you were in New York a long time ago, you couldn’t breathe. The water was disgusting. Things are getting better all the time. I’m feeling it and realizing it and seeing it definitely in us, because the way we’re getting older and getting more wise and experiencing so many damn cultures. I was a person who never had any desire to travel, I could’ve been content with my local beach for the rest of my life. Music forced me to go see the world and gave me a better perspective.”

There’s a natural duality to a life lived half on the road, and Nielsen devotes his time at home to being a father, surfing, and reading history books. It’s a lot of personal growth to cram into half the time that most other people get, but that’s something that his preferred rapid-fire recording style lends itself to. 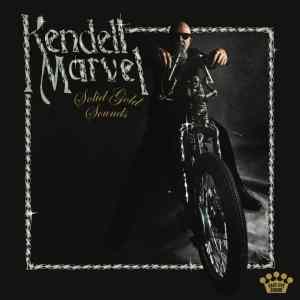