“My capacity to be delighted by pop music has not waned,” says Belle and Sebastian founder Stuart Murdoch in the press notes to this set of three EPs. Judging from these new tracks, that would be an understatement.

Murdoch has been delighting fans—and apparently himself—with effervescent concoctions over many years. His combination of retro pop, fizzy dance/disco, folk, and lots of positive, soulful energy as frontman for his Belle and Sebastian outfit since the mid-90s continues to impress. Members have come and gone but the Glasgow-based Murdoch has stayed true to his eclectic, slightly off-kilter vision of incorporating ear-pleasing, hooky tunes with occasionally provocative lyrical concepts. Political, however, he is not.

This year’s model comes in the form of three sets of five-track EPs, released one a month from December 2017 through February 2018. Those who have followed B&S from the beginning will remember the same process from 1997, making this a sort of full circle return to the shorter format. The concept makes sense, especially in the current atmosphere where music lovers are deluged with material. Who’s got time to absorb an hour’s worth of new tracks in these fast moving times?

Each of these EPs clocks in at about 20 minutes, making it easier to absorb Belle and Sebastian’s non-stop, upbeat, single-oriented ear candy. After all, how many honeyed, sing-along, impossibly melodic choruses like the one in EP 2’s “Show Me the Sun” or the swinging ’60s UK sound of EP 1’s “The Girl Doesn’t Get It,” or the cheerful strummy folk of “There Is An Everlasting Song” can anybody handle at one time? Ladling out these Technicolor, sometimes giddy psychedelic sunspots gradually makes them resonate with just enough sweetness without getting a sugar rush.

Murdoch’s open, welcoming vocals, along with co-singer Sarah Martin’s frothy, Duffy-styled singing, make a wonderful blend. The unbridled joy here shows no declining of the ecstatic attitude the frontman has been cranking out over the past two decades. If anything, according to the above quote, the auteur’s jangly sensibilities have sharpened over the years. Recording in his Glasgow hometown helps provide a vibrant, unhurried enthusiasm that’s contagious. Each track is enhanced with guests periodically contributing horns, woodwinds, strings, and even French horns and glockenspiels.

So jump in anywhere because these songs will turn any frown upside down. For those new to Belle and Sebastian’s charms, there are nine other albums and a bunch of EPs, singles, and one-offs to search out, all of which will keep the groove going and listeners delighted for months. 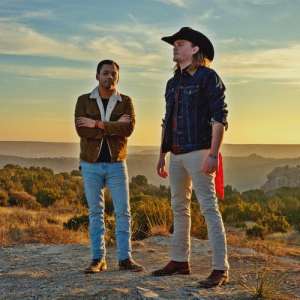 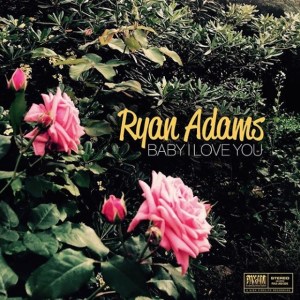