2020 has been, certainly by all accounts, a horrible year. BENEE, born to her parents as Stella Rose Bennett, will wholeheartedly agree. This was the year the 20-year old singer from New Zealand was meant to be touring all over the US, ready for her breakout. Yet, in spite of not being able to travel abroad or perform her songs live for audiences in the flesh, her breakout still came, along with her debut album, “hey u x.”

When she one day looks back on 2020, the singer says she’ll remember it as a very weird year indeed. “All these horrible things happened, but it’s also been the biggest year for my career,” BENEE — pronounced like “Bennie and the Jets,” by Elton John, just one of the many people to sing her praises this year — tells American Songwriter. Over the past few months, she’s made her TV debut on Fallon, performed on Ellen and was Apple Music’s first ever Kiwi Up Next recipient.

A large part of BENEE’s success this year came via TikTok with her single “Supalonely,” which became a song of choice among the app’s top dancers. Its relatable chorus, with its la-la-la-la singalong melody has seen the single amass over two billion streams worldwide. “I was in LA last year, doing a writing session,” she says. “I’d just broken up with my boyfriend, I didn’t know anyone and I was there writing with Jenna Andrews, and my producer Josh Fountain. I ended up being super experimental in the session,” she says, of the song’s genesis.

“Supalonely,” which features Gus Dapperton, was on BENEE’s previous EP, Stella & Steve, which she released last year, along with Fire on Marzz, after she signed to Republic Records in 2018. The song gained traction this year, soundtracking more than 11 million dances on TikTok. Dubbed a “siren call for the outsiders of Gen Z,” by Nylon Magazine, the single has been an unofficial anthem of the lockdown era too.

It’s place on BENEE’s debut full-length album sits among a host of genre-crossing numbers, featuring some of the people the singer has most wanted to collaborate with, from Lily Allen on to Grimes. But the album opens with “Happen to Me,” which has just been released as her latest single, and showcases her voice on its own. It’s a song BENEE says is her favorite. “This song is super important to me. It’s the first song where I’ve written about anxiety,” she says. Although the melody may be breezy BENEE believes it’s important to be honest about what she feels and experiences.

There’s an underlying chill, a self-assuredness to her songs, even as they dive into the depths of her diary-like lyrics. “I like the flexibility to cross genres,” says BENEE. “To have the creative space to mix it up and not be confined to one sound.” For “Plain,” she wanted to create a song that people could listen to when they find out their ex is with someone new. “The feeling sucks, so I wanted ‘Plain’ to make ya feel like you have the upper hand,” she says, enlisting Lily Allen, who she opened for in Auckland last year, and Flo Milli to bring a “cool sass” to the track.

Her own sass has developed quickly in the short time she’s been making music. After only 2 weeks at university, she told her parents she was going to drop out. The singer has had the support of her family, particularly her mother, who became her manager, while she’s pursued her music dream. BENEE learned to play the saxophone at 8 and was already into the guitar at that age too, so it seemed only natural she’d soon be uploading the songs she was making online, which she did, onto her Soundcloud. They attracted the interest of producer Fountain, and then record label attention.

Because of New Zealand’s efforts to contain Covid-19, BENEE’s been able to share her success with the fans who attended her sold-out tour of the country in October. She’s also been uplifting other artists, by starting her own record label, Olive. “I love finding new artists and giving them a platform,” she says. “It’s like a hobby for me.” The first signee, fellow Kiwi artist, Muroki, also features on hey u x.

As for the platform of TikTok, BENEE says it’s been good to her, but she has no intentions of getting onto it any time soon. 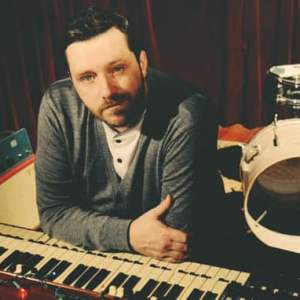 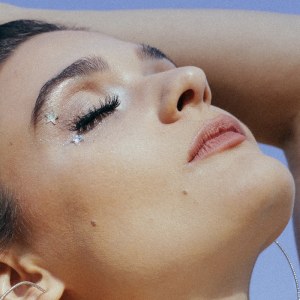