This issue, I want to talk about something that has changed my songwriting in a radical way.  This songwriting tool has helped me develop into a much better communicator with my lyrics, cuts my writing time in half (writing fast is not a goal, but it doesn’t hurt to save time), stops me from ever getting stuck when I’m trying to write verse 2 and helps me get all of my co-writers aligned if I’m writing with other people.

I’m talking about a technique I call “blueprinting” or “mapping” your song. If you learn to do it well, I predict you will experience the same results.

Before I began blueprinting, I often struggled to complete a song in one session. Co-writing often felt like herding cats. Someone would throw out a line late into the co-write, and I would say, “I don’t understand how that line goes with what we are saying.”  It would turn out that my co-writer(s) and I had been writing different songs all day. They might have completely different ideas about the storyline than I had, and we were having a hard time because we did not have a clear, shared idea of where our song was going.

Enter blueprinting.  Once I started using this technique, I was able to get everyone in the room on the same page before we started writing. That’s why we wrote faster. We were all writing the same song.

The idea behind the blueprint is that you come up with ONE big idea for each section of your song. If you want to search for the lyrics to my song “Must Be Doin’ Somethin’ Right” (which was a No. 1 for Billy Currington), I can show you what I mean.

The big idea for the song generally goes into the chorus. The big idea for this song was, “I must be doing something right because I’m getting good feedback.” So, we had to think about how we wanted to set that idea up in verse 1.  We decided on the idea, “Women are hard for men to understand.”  We thought that idea set up our chorus idea really well. So, our blueprint began to take shape.

Verse 1: Women are hard for men to understand.
Chorus: I must be doing something right because I’m getting good feedback.

Then, we had to think about where we would go in verse 2 to take our big idea even further.  (We talked about this idea in my last column where I discussed the job of each part of the song.)  The job of the second verse is to take the big idea and either run with it or take it somewhere new. We decided that our lovable, bumbling man in the song was just going to ask her what he could do to be a better lover. So, the big idea for verse 2 was born and our blueprint looked like this:

Verse 1: Women are hard for men to understand.
Chorus: I must be doing something right because I’m getting good feedback.
Verse 2: Show me how to love you better.

I usually don’t blueprint a bridge, because many popular songs these days don’t have one. Also, I don’t ever include a bridge unless it is 100-percent essential to my song. My first publisher, Kim Williams, used to say, “Don’t build a bridge unless there’s a river to cross.”  So, our blueprint was done and we decided to just see if we needed a bridge when the time came.

Notice several things about the blueprint:

Those are all important factors. As you practice creating blueprints, be sure to give yourself the five-point checkup and make sure your blueprints meet each of those criteria.

So, I’ve taught you the basics of blueprinting.  If you want to learn more, I have written a whole book on the topic, “Song Building: Mastering Lyric Writing.”  Now, I want to tell you how I use this technique in the “real world.”

When I’m writing alone, I sit down and write out my blueprint before I start writing the song. In a co-write, like I was in with Jason Matthews when we wrote “Must Be Doin’ Somethin’ Right,” Jason was getting inspired and throwing out lines. After we settled on the title, I did a quick blueprint in my head and simply said, “What if we talk about how mysterious women are to men in verse 1, then talk about him getting good feedback in the chorus and verse 2 could be about him wanting to learn to love her better?” Jason agreed, and we were off the races. We had a plan for what we wanted to communicate in each section, and we wrote the biggest song of our careers in about 90 minutes.

Give blueprinting a try. Practice with some of your titles and give thought to how you want to develop each section. Do it well and you’ll know what verse 2 is about before you get there.

Marty Dodson is a seven-time, No. 1 hit songwriter who has had songs recorded in country, rock, pop, bluegrass, K-Pop, J-Pop and musical theatre.  His greatest songwriting achievement is knocking Psy out of the #1 spot in South Korea with his song “Bounce”.  He co-founded SongTown, the world’s leading songwriter education site, with fellow hit writer Clay Mills and is passionate about teaching people to write better songs. 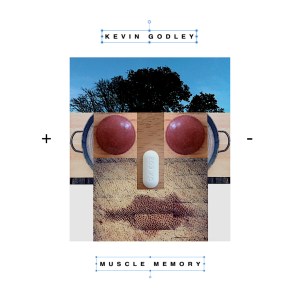 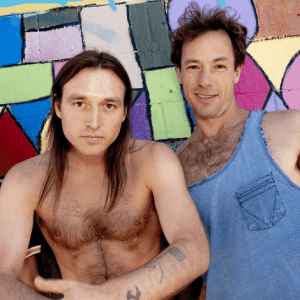