Eleven years after Billie Holiday died at the age of 44, from heart failure due to drug and alcohol abuse, journalist Linda Lipnack Kuehl, a Lady Day devotee, interviewed as many people as possible who had a close association to the late singer. She spent almost ten years, during the 1970s, talking to everyone from fellow musicians to FBI agents, pouring herself into what was to be thorough biography of . But before she could finish it, Kuehl was found dead; authorities ruled the cause as a suicide. These long-lost tapes—about 200 hours in total—are the foundation for the riveting documentary, Billie, out today on VOD and in select theaters.

Director James Erskine gave himself the task of diving into the taped interviews. Small bits and pieces have been featured in books and articles written about Holiday, but the director bought the entire collection, and by piecing them together in the documentary, aims to tell ’s story through the voices of those who knew her best.

Kuehl’s frank interview style elicits some striking moments, like when jazz drummer Jo Jones, who toured with Count Basie’s band at the time  was in it, talks bluntly about the racism  faced being a Black woman touring the South. “The principle we used was to only include people talking about an event that they had actually witnessed, or relaying the substance of a conversation they themselves had had with Billie where she had revealed something,” Erskine tells American Songwriter. “We also wanted to ensure there was a canvas of voices from across Billie’s life.”

Much effort went into restoring the sound of the tapes, says composer Hans Mullens, whose job it was to underscore the emotion of ’s tragic story. “The music had to be there but could not take too much space,” he says. “I used lot of soundscape kind of sounds with not too much low end. I was very careful with the rhythm tracks to give enough space to the tape recordings. Because of the sound quality of these old tapes, I had to be careful and respectful in regards of the frequencies in the music to make enough room for the conversations.”

Erskine also anchors the film in ’s filmed performances, creating a songbook of sorts that plays through some of the most pivotal music in her career, including the moment when she sang “Strange Fruit” to the audience at New York’s first integrated nightclub, Café Society in 1939. “So many people spoke of Billie as the greatest live performer and we wanted to share that buzz with the audience,” he says. That meant searching for whatever performances of hers had survived up until now, and then curating them into an order. “I wanted the film to have the feeling that we were giving the audience an ‘evening with Billie Holiday’ and you really saw and heard her art, so we wanted to give a lot of real estate in the film to that.”

The director wanted Mullens to take a different approach towards the music that accompanied the conversations and the jazz that featured in the performances. “So the challenge for me was to compose music that underlines the narrative format and the drama of Billie and Linda Kuehl,” says Mullens. There is also a difference in the jazz of the footage and the jazz that ’s former band, The Sonhouse All Stars, re-recorded, which is available on the soundtrack that’s accompanying the film’s release, and includes songs like “I Only Have Eyes For You,” “God Bless The Child,” “Strange Fruit.”

Mullens used a completely different sonic palette to make the switch from the jazz footage to the story-telling parts of the film. “I would use sound textures, sometimes distilled from some jazz-related recordings, using a sampler, to have a sort of musical connection but different…” he says. This method and technique of scoring is something he does a lot with his Belgian project Svínhunder, a collaboration with fellow composer Michelino Bisceglia.

It fell to Mullens to keep the score subtle but bring out the deep emotion and sense of paranoid urgency that builds towards the end when the film hones in on ’s death. “As the story evolves, the music becomes a bit more outspoken,” he says. “I started to use the strings more often to give it a certain cinematic sound. Some of the strings are recorded in Budapest with a 24-piece orchestra to have this live feel, full of emotions.”

Mullens notes that he was careful to not overdo the emotional scenes. “Even the sound of these tape recordings had already a certain amount of grief in them,” he says, adding that they gave him a deeper insight into the real tragedy of Holiday’s life.

For Erskine, everything that went into making the film serves to give more attention to Holiday’s story. “Billie’s legacy has not been given enough air-time and the film, I hope, corrects that. Not just in making a major film about her, but in also eschewing the ‘victim’ narrative and showing Billie as a survivor, as a fighter, as a strong woman who suffered not because she was weak, but because she was strong enough to stand up and stand out.,” he says.

“Her story is incredibly resonant today, because the trauma of history has not been addressed, rather been papered over. We should see in Billie someone calling to us, saying, ‘What, you still haven’t sorted this s*** out?’”

‘Billie’ Out Now
Buy from Amazon 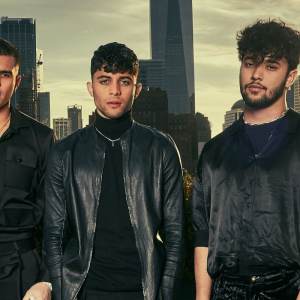 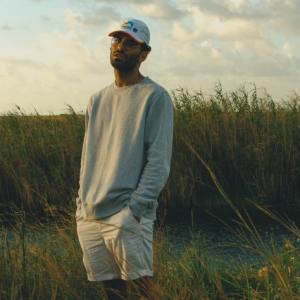