It was during a time of experimentation and immersing themselves in the various facets of American roots music that U2 recorded “Angel of Harlem,” their tribute to the great jazz icon Billie Holiday. The song was included on their 1988 hybrid live/studio double album Rattle and Hum, made to accompany the rockumentary chronicling the band’s tour in support of their groundbreaking album The Joshua Tree.

Beyond using her nickname “Lady Day,” which was reputedly given to her by the great tenor saxophonist Lester Young, U2 singer and lyricist Bono never directly says Holiday’s name in the lyrics. Almost surprising here is the young Irish Bono’s knowledge of the New York City jazz scene, and the great innovators of the music. Most rock stars of the 1980s were far more apt to name-check Elvis or the Beatles than they were to mention John Coltrane or Miles Davis, with lines like

Birdland on fifty-three
The street sounds like a symphony
We got John Coltrane and a love supreme
Miles, and she’s got to be an angel.

The late “Cowboy” Jack Clement (Johnny Cash, Townes Van Zandt), a Memphis native, often gets credit for producing the song, but it’s Jimmy Iovine’s name that is listed on the paperwork, with Clement getting an engineering credit. The song was recorded at Clement’s old stomping grounds, Memphis’ historic Sun Studio, as the band was exploring everything America had to offer, and by that time was successful enough to afford basically whatever they wanted to do. “Angel of Harlem,” while a tribute to Holiday, was also an audio travelogue of sorts, following the events surrounding the band’s arrival in New York City.

While Bono was obviously aware of who Holiday was, she wasn’t the sole inspiration for the song. He said he was prompted to write the song by the band’s first trip to the Big Apple, as written in the book U2 by U2. “I wrote about it in a song ‘Angel of Harlem.’ We landed in JFK and we were picked up in a limousine. We had never been in a limousine before, and with the din of punk rock not yet faded from our ears, there was a sort of guilty pleasure as we stepped into the limousine. Followed by a sly grin, as you admit to yourself this is fun. We crossed Triborough Bridge and saw the Manhattan skyline. The limo driver was black and he had the radio tuned to WBLS, a black music station. Billie Holiday was singing. And there it was, city of blinding lights, neon hearts. They were advertising in the skies for people like us, as London had the year before.”

The song also featured the Memphis Horns and organist Joey Miskulin, who is better known as one of the world’s premier accordion players and a longtime member of the old-school country-western band Riders in the Sky, where he’s billed as “Joey the Cow-Polka King.” U2 recorded several other songs at Sun for “Rattle and Hum,” including “When Love Comes to Town” with the late blues guitar legend B.B. King.

For more about Holiday, you can see our August 25, 2014 Lyric of the Week, Holiday’s painful classic about Southern lynchings, “Strange Fruit.” 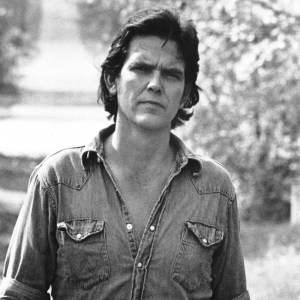 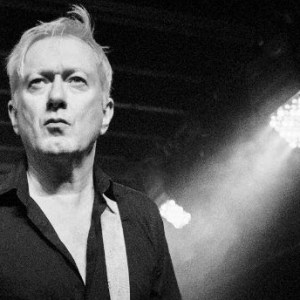