Black & Gold even features a guest vocal appearance from the master of metal and Motörhead leader Lemmy, recorded shortly before he passed away in 2015. It may seem like an unlikely pairing but the late rock icon was a huge fan of the LA-based Kay’s honest music, throwback style and magnetic personality. Kay also has a recurring role on the Amazon Prime show Goliath, appearing as herself alongside Billy Bob Thornton. To top it off, she was recently featured on the cover of LA Weekly for the second time.

A double album? Nobody does that anymore! What led you to do this?

Well I don’t think I’ll ever do it again! I had started an album concept called “The Lady in Gold” with my husband and producer Jonny, which focused on early ‘60s songs: Dusty Springfield, Roy Orbison classics with my original songs in that style. Then in the middle of recording I received permission to release a track I had written and recorded with Lemmy Kilmister of Motorhead called “The Mask.” I wanted to release that right away but it didn’t fit thematically with The Lady In Gold because it reflected a different side of me, more of my country/roots rock side. I had a few other songs that I was going to present to Lemmy but that never happened. So I took those songs and wrote a few others and created “The Woman In Black.” Which, of course, is my nod to Johnny Cash, Willie Nelson and early ‘70s roots music.

Was Lemmy’s sickness a reason you weren’t able to continue writing with him?

There were several reasons. His bread and butter and main focus was Motorhead, although he had a few side projects. I think there was also some reluctance for him to be seen as a tender man. He always had this tough guy image, a rock and roll pirate. I wasn’t afraid of him because I could see beyond his tough guy mask and recognize the kind and gentle soul.

The song “The Mask” is so emotional and revealing I’m not sure if there was a right moment for it to be released. The song itself is perfect for people to discover after he’s left this earth. He heard the basic final version, less a cello and light percussion, and he just loved it. That made me really happy. I wish he had done more music like this. He was a phenomenal country singer.

We had a lot of similar interests- poetry, music, the arts, the TV show Law and Order (laughs). We met through my husband, who makes guitar cases. The first time we met, we immediately hung out. And then I would text him when I was coming over and ask if he needed anything, and he would always ask for the same thing- a gallon of whole milk and white bread! We’d sit and watch rock music documentaries and he would pause the film and say ‘do you want to know the real story?’ His apartment was filled with books that inspired his philosophy, and his own writings. And knives on the walls.

Yes! I asked him why he had so many. First, he loved the craftsmanship. And second, he said he didn’t want them to get in the wrong hands! He looked at it like he was a protector. He was fascinated by the artistry and horrified by the idea of their use.

Tell us about recording the song “The Mask.”

The song itself and the idea was a title Lemmy had written in 1979. In 2009 I met (actor) Billy Bob Thornton, who also is a musician, and he invited me to record a couple songs at his place, which was Slash’s old house. He liked my music and we wound up recording a song that night. Afterwards, I stopped at the Rainbow Bar to say hi to Lemmy who was hanging out in his spot playing video poker and told him I just recorded a duet with Billy Bob and he said ‘when are we going to do a duet?’ We got together the following week and he pulled out the remnants of “The Mask.” It came together pretty seamlessly. I embellished the chords, the parts and structure and we fleshed it out in basically one night.

The general public often perceives classic country music as simple three chord patterns with a pedal steel added for effect. But there was a solid period of time in the ‘60s and ‘70s where producers were adventurous and brought strings and pop sounds to the genre.

It’s what they were trying to do with Patsy Cline before her untimely passing. She was branching out from her country roots into this pop genre. I would have loved to hear her do more of that and show her two sides. And that was a bit of a guiding light for me when I was putting together this record. And the pedal steel has always been a complimentary instrument to my voice. Even though I’ve gone through many styles of music in my career that’s the one constant. It was important to have people experience all sides of me.

You tackle several classics from Bacharach/David, Henry Mancini and other songwriting heavyweights. Your originals on the Gold side sit nicely along those cuts. The melodies and chord structures are just as creative and complex as those used by those classic songwriters.

Thank you! We were trying to carry the torch of the classic style we both loved so much and do our best and create songs that fall into that genre. I don’t even know what that genre really is though. I guess ‘classic pop’ is the only thing that fits. Our other philosophy for the cover tunes was ‘don’t fix it if it ain’t broke!’

Along that thought, “I’ll Wait For You” is a standout track. You’re channeling your inner Roy Orbison.

We started writing it a few years back and it was left by the wayside. The bridge section for it was a standalone separate piece that I wrote. But I loved the Karen Carpenter feel of it. We added it to “I’ll Wait For You” and it became the perfect complement to the song. It’s now featured prominently on the Amazon show Goliath, along with my cover of “Anyone Who Had A Heart.”

Was Amazon involved in suggesting songs for you to cover to fit the theme of the show?

For Black & Gold those were all my choices. When the Amazon team came to me we were ready to share material and they were very taken with the songs, particularly ‘I’ll Wait For You.’ When we finished filming our performance in the episode, the entire room erupted in cheers. I was overtaken and overjoyed by the reaction!

The players, performances and production on this record are stellar. Who were the key musicians you relied on? Were they well versed in each of the musical genres?

My husband Jonny was the producer and arranger. Besides singing, I played mostly acoustic guitar plus some big, bold Grestch-y strums on electric. I fleshed out the songs with John McDuffie, who plays pedal steel and guitar, and also works with Rita Coolidge. We spent a lot of time working out the best key for my voice and the songs. Phil Gough, who played with Bow Wow Wow, is such a tasty guitar player.

Most of the music was recorded and mixed at Dave Casey’s phase66 studios. He was fantastic. We harkened back to the early ‘70s when artists had tape and basically one try to get it right. We rehearsed a bit of course. But we really went for the live vibe to give it a fresh feeling. That’s what gave music from the ‘70s such an edge. Everyone was at the height of their talent and flying by the seat of their pants to get it right. You can feel that immediacy in the recordings.

You’ve toured on the road with different musical configurations over the years, from a drum suitcase rockabilly duo to pickup bands in different cities. What has that taught you and how has it helped your songwriting and performing?

Well, I definitely don’t want to be the drummer anymore! (laughs) It’s also taught me the real key is playing with musicians who do it because they love it and it happens to be their career. Working with a group of players who view music as an expression and an art form have the best musical sensibility. For live performances, it’s also important to have a solid set of charts that reflect exactly how your song sounds and is respectful of the recording. Your core group of players can’t always be there because they’re so talented other people need them too.

Will you be taking this music on the road? Will there be a string section or a stripped down version?

I would love to take it on the road in a form where I could have some strings or horns. It would depend on the size of the stage and the venue. I’m working on a few things so we’ll see! 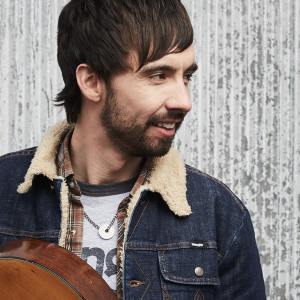 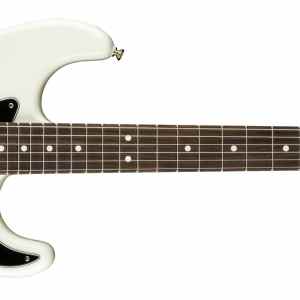