The diehard fans and bootleggers always knew that Bob Dylan was sitting on a treasure trove of unreleased classics, but it wasn’t until the release of the first Bootleg Series compilation in 1991 that the rest of the world found about it. The triple-disc set included a number of stunning tracks that Bob had left off his studio albums, but none was more jaw-dropping than “Blind Willie McTell.”

Dylan wrote the song around the time he was recording his 1983 album Infidels. Mark Knopfler of Dire Straits acted as his main musical collaborator on the record and played acoustic guitar on “Blind Willie McTell” next to Dylan’s piano and vocals for the take found on the Bootleg Series. Yet when it came time to sequence Infidels, Bob decided that the song wouldn’t make the cut.

In his biography Down The Highway: The Life Of Bob Dylan, author Howard Sounes recounts the following exchange between Dylan and confidant Larry “Ratso” Sloman once Sloman heard the album:

Sloman: “What? How can you not put one of the greatest songs you ever wrote on the album?”

Dylan later told Rolling Stone that he felt the song hadn’t been properly recorded, but the aural evidence suggests otherwise. Sparse as the original two-man take may have been, it’s haunting just the same, as Knopfler plays tender, understated fills and Bob’s timing on the minor-key piano chords continually surprises. Meanwhile he modulates his vocals perfectly, starting out quiet and restrained before eventually exploding with wild howls as the song concludes.

The Blind Willie McTell Dylan name-checks in the song as the ultimate blues singer toiled away in relative obscurity in the first half of the twentieth century before his singing and 12-string playing were rediscovered by artists like Bob. The narrator in the song culminates each of his series of observances by returning to the specter of McTell singing the blues. This humble gesture is Dylan’s way of suggesting that these lines of his, while brilliantly structured and eloquently rendered, are only a continuation of an art form started long before him by unheralded artists who deserve more recognition than they’re given.

Dylan also impresses here with the economy of his songwriting. Five verses consisting of eight compact lines (two of which in each are reserved for the refrain) comprise the song. Yet he leaves us with a multitude of unforgettable images, such as the owl singing for no one, the country gentleman undercutting his elegant appearance with a bottle of bootleg whiskey and these staggering four lines that seem to summarize the history of the American South in all its grandeur and tragedy: “See them big plantations burning / Hear the cracking of the whips / Smell that sweet magnolia blooming / See the ghosts of the slavery ships.”

The song takes us through this tormented past and makes it clear why the blues are so necessary as a means of cathartically dealing with the woes of the world. Yet in the final verse Dylan drops us in the present and implies that things aren’t getting any better: “But power and greed and corruptible seed / Seem to be all that there is.”

The narrator also suddenly joins the story from the St. James Hotel. This could be Dylan’s way of referencing “St. James Infirmary,” a classic blues which has a melodic similarity to “Blind Willie McTell.” Or it could be a nod to something closer to home, such as the St. James Hotel in Red Wing, Minnesota, which is close by both Dylan’s childhood home and the Mississippi River, tying the song to the spiritual home of the blues.

“Blind Willie McTell” acts then as a testament to both Dylan’s brilliance and his idiosyncrasy. Ninety-nine percent of the world’s musicians would have recognized it as a masterpiece and released it on the spot to praise and acclaim. Dylan left it on the cutting-room floor, and in so doing, lent an air of mystery and allure to its unmistakable excellence.

Jim Beviglia is the author of Counting Down Bob Dylan: His 100 Finest Songs. Go here to purchase the book. 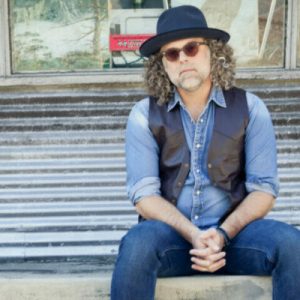 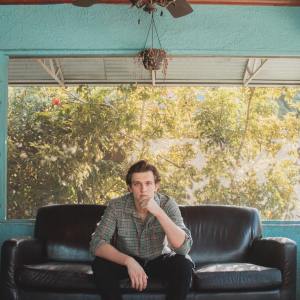