Leon Majcen grew up in the beach town of Clearwater, Florida. He picked up the guitar at the age of nine and got his start playing open mics at local bars and coffee shops. He was inspired by the lyrical genius of artists like Bob Dylan, Johnny Cash and Townes Van Zandt.

His single “Love and Misery” made its way onto SiriusXM’s The Coffee House Channel and captured the attention of folk music lovers across North America, helping him build a nationwide fan base. His upcoming album, Back ‘till I’m Gone, an artistic creation that was recorded with the help of a good friend and producer Andrew Boullianne at Lala Mansion Recording Studio in Tampa, FL.

The 12-song experience tells a tale that is inspired by a journey of growth for a songwriter but also a man. It is a quintessential offering for an early summer sit down with a record player and a thunderstorm in the background, a perfect escapism opportunity.

“This whole album is the product of leaving home and seeing new places and things,” Majcen told AmericanSongwriter. “Each song represents a different time period, realization, and experience that came with leaving home for the first time and being left alone with yourself, in a room with nothing but a pen and paper. Each song has its own reason for being written, and the album as a whole is a reflection on the experiences, both good and bad, that come with being away from home.”

Majcen also offered to do a track-by-track for the album, which is below and in his own words. If you like what you hear, pre-order it — all proceeds are going to the SPLC.

Leon Majcen · Back ’till I’m Gone

Back ‘till I’m Gone:
I moved up to NYC from Florida about 2 years ago to pursue an education. During the first year away from home, I found it hard to adjust to the new setting. This was the first time I was living in a big city & I felt like I had 2 lives, one at home and one in NYC. Going back and forth between the two inspired me to write this song. Feeling like a tourist in my hometown led me to feel like it was only a matter of time until I was going to be gone again.

Halfway Underground:
This was the first song I wrote when I got to the city. Growing up in Florida, basements weren’t really a thing down here but once I was up north, I realized that yes… people do actually have basements in other places. At the time, even though I was in NYC, it felt like half of me was still back home in Florida and that I would just have to get used to feeling this way. Writing this song brought back feelings and memories of times I spent hanging out with my band back home, and the times we spent crammed in our fiddler’s van going from place to place playing music and meeting people that loved music just as much as we did. I knew it was going to be a while before I’d get to do that again.

Let Me Fly
This is a love song about mistakes and redemption. We all mess up somewhere along the way but how we redeem ourselves is what counts. Simply put, it’s important to show the ones we love that we love them.

Bars, Beds & Cards
Anybody that’s ever been to NYC for more than a few days knows how nice it is to come back home to a quiet town where not much is going on. The city’s great, don’t get me wrong, but it can get to be a bit much sometimes. After a few months of being there, I found myself missing nature more than ever. I just kept reminiscing about the times I spent in a van somewhere in the middle of nowhere with my best friends. For a guy that lives in the past, that’s about as good as it gets.

Tied Down
“Tied Down” is a song for anybody who’s ever been in a long-distance relationship. Usually people use the term “tied down” with relationships when they’re talking about being taken or hitched, but in my case, I felt like I was tied down just because I had somebody back home that I cared deeply about but there wasn’t a damn thing I could do about it. In the end, we found a way to make it work and get ourselves in one place but it was a rough couple of years. At least I got this song out of it.

Rolling Hills
This one took me a while to write. I like to take this song as a journal, and each verse as its own journal entry or doodle. I came up with the melody when I first came to the city and every time I had to get some thoughts out on paper, I would just write down whatever words came to mind and fit the tune, kind of like a stream of consciousness sort of deal. Eventually I had enough journal entries to fill the entire tune, and each of those entries covers a different aspect of the internal struggle I was dealing with while trying to make sense of the move. These different aspects include missing nature, missing being behind the wheel of a car, what the city can teach you about yourself and how it can create a whole new appreciation for loneliness.

King of Ybor
I was honestly just missing home when I wrote this. Originally, this song wasn’t going to make the record, but I wanted to acknowledge a newly acquired sense of Tampa Bay pride that came along with the move, and address the life I had in Tampa before I packed up and left. The King of Ybor is probably one of the weirder titles I’ve thought of, but it stems from the saying “it’s better to be a big fish in a small pond than a small fish in a big pond.” It’s nice when you know the ins and outs of the place you’re living in. Growing up here, I could go from one side of town to the other without using a GPS, but in NYC I felt like I couldn’t leave the house without having Maps ready to go.

Black Crow
This song was written when I decided I wanted to leave town eventually. I didn’t know where I was going to go, but I knew I wanted to see what else was out there and do some travelling before I settled down for good in one place. I was passing by my buddy Liam’s family’s coffeeshop here back home, and I saw he was closing up shop. I decided to go bother him and see if he needed any help and he mentioned that the tables could use some wiping. Not too long after, I had a working knowledge of the things that wiping tables can make you realize. Who would’ve thought so many ideas and realizations come to mind from sliding a rag on table tops. Long story short, the name of the coffeeshop is Black Crow.

Legends Never Die
After coming to NYC, I was shocked to see how many people were living on the streets. On top of this, it started getting pretty cold about a month or so after I got there and I just couldn’t help but notice that things are not as good as they should be in our world. It made me realize how fortunate I was to come from a good home and good family, and that not everybody is as lucky in that regard. I heard stories about people freezing on park benches during the winter months and it bothered me enough to write a song about it. We all hear those stories about artists that have struggled and gone through hard times and made it, but we don’t ever really hear stories about the ones who don’t make it. A lot of these folks all had hopes and dreams of their own at one point. If I got anything out of moving to the city, it’s the realization that bad stuff does happen in this world.

Love is a Strange Thing
After I decided I was going to try my luck in the city, I was sitting with my dad drinking coffee outside like we normally do every morning. I couldn’t help but think that once I left, I’d be missing out on times like these that I usually don’t think much about. This led me to think about all the other stuff I’d miss going forward and what I could’ve done differently while I was at home, so I figured the best thing to do would be to write until I got it all out.

What It Means (To Be Free)
You ever just walked around a bunch for no reason? Well, I found myself doing a lot of that once I got to the city and got a song out of it. I wanted to feel like I knew the place. I felt like there was a sense of freedom that came with knowing your surroundings and at the time, I would’ve needed a GPS to go anywhere. I’ve always been an emotional person and have always prided myself on wearing my heart on my sleeve, but once I got to the city, I felt like I didn’t even have access to those feelings anymore. Something about that place just numbs you up.

I’ll Be Here in the Morning
Anybody that loves Americana music should hear this song. Let me just get this out there, I didn’t write it. Townes Van Zandt did. I decided to put it on the album because of how much I was able to relate to it throughout my time in the city. In fact, it was the last song I heard on my way to the airport the morning I was leaving home to move up north. The lyrics of this song always seem to be running through my head and I wanted to tip my hat to Townes for inspiring me along the way. 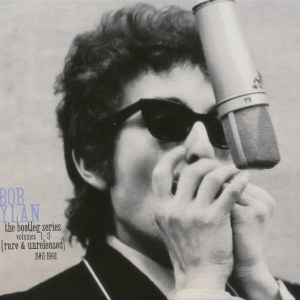 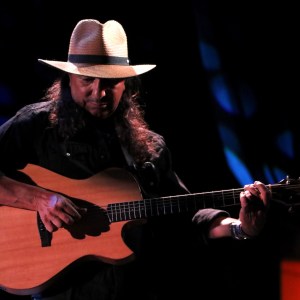