I remember the day I was hipped to the music of British singer-songwriter Billy Bragg clearly. It was during gym class, circa 1992. We were running around the track, although, for some of us, “running” was a relative term.

A friend of mine who loved Morrissey more than he loved his momma told me if I was interested in great songwriters, I really had to check out Bragg’s 1988 album, Worker’s Playtime. He brought it in for me the next day. Though the cover (with its distinctive, bright yellow border and museum-quality artwork) presumably had something to do with communist China, it was not a politically-themed record, which the activist Bragg had become known for.

Instead, it was stuffed to the gills with songs about love falling apart in the most embarrassing and inconvenient of ways, all sung in Bragg’s trademark brummie, working-class British accent. He equates lasting love to a rock in his shoe in “The Price I Pay,” derides the “arsehole” he’s become in “Life With The Lions,” calls the whole thing off in “Valentine’s Day Is Over,” and caves completely in “The Short Answer” (“In my pink pajamas, she asked me for something, I gave her the short answer/ We read our cards out loud, and I knew then that we should have gone sailing…”)

I was enthralled. Love was cruel to him, as it is cruel to many teenagers, especially the kind who write songs. But here was a whole new type of “love song.” I would write “Billy-Bragg-esque” tunes for the next few years — I couldn’t help myself. The next album I picked up was a twofer: Back To Basics, which compiled his first two LPs, Spy Vs Spy and Brewing Up With Billy Bragg. They’re virtually interchangeable. Both feature raw, in your face performances of barked-out love songs and political broadsides, performed solo, on a brash electric guitar instead of the more predictable acoustic one. I studied it like a text.

“You’re the kind of girl who wants to open up the bottle of pop to early in the journey/ Our love went flat, just like that.” Awesome.

This weekend I was psyched to see that a number of my favorite tracks from that album were up on YouTube, captured on video at a 1985 TV gig in Germany. Watching them is like having Back To Basics come back to life.

Check out a video of “Two Lovers Sing” below, and watch the rest of the videos here.

Also, you can read an interview I eventually did with Billy Bragg here. 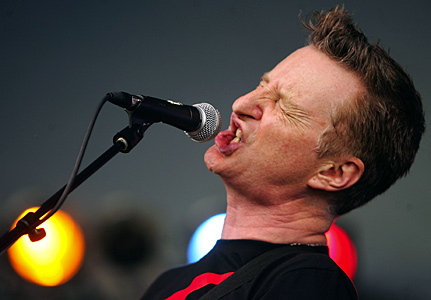 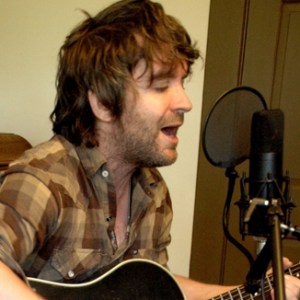