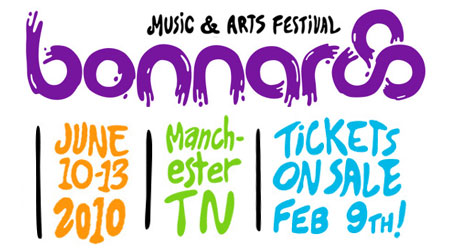 The highly anticipated lineup for the 2010 Bonnaroo Music & Arts Festival will be announced February 9th as a virtual event on Bonnaroo.com. Superfly Productions and AC Entertainment plan to release information throughout the day, allowing fans to view and discuss the lineup as it is revealed. In honor of Bonnaroo’s new virtual announcement system –and for the first time in the festival’s history– tickets will go on sale the same day as the lineup announcement, beginning at noon EST. Back in December, the top two tiers of tickets sold out during the Holiday pre-sale, so fans are encouraged to “act fast” for their seats at this year’s event.

The four-day concert in Manchester, Tennessee, will be held from June 10-13, 2010, with over 150 bands, comedians, art, activities, vendors, workshops and more. Last year’s festival attracted some 80,000 fans and featured appearances by the Zac Brown Band, the Beastie Boys, Lucinda Williams, Girl Talk, MGMT, Nine Inch Nails, Snoop Dogg, Band of Horses and Coheed & Cambria. This year, Bonnaroo officials are expecting an even greater turn out based on pre-sales and the general buzz about this year’s schedule.

On February 9th, a limited supply of general admission tickets will be available for $234.50 plus applicable fees. Remaining tickets will be sold for $249.50. All tickets are four-day passes that include camping and parking (except for RVs and other oversized vehicles). All sales are final, and tickets will be mailed out Wednesday, May 26th, 2010. For further information about tickets, the festival itself, and for next Tuesday’s unveiling, visit Bonnaroo.com. 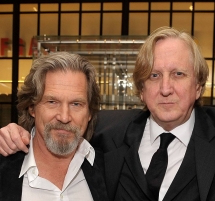