Clare Cornelius was 18 years old and mere months away from going away to college when, on a spring night in Nashville last year, she walked into City Winery and sat down with a group of her friends at a table close to the stage. And during that evening, one song in particular would hit her like a ton of bricks.

That song was “True Believer.”

And that singer was Brett James.

And yes, James just happens to be her dad.

“I have always assumed the role that really, I don’t know anything about being a woman, so I can’t give you a lot of advice in that way,” explains James, a songwriter extraordinaire best known for heart-grabbing hits such as including Carrie Underwood’s “Jesus Take the Wheel and Dierks Bentley “I Hold On.” “But what I can do is encourage you and love you. I don’t think I have a lot of wisdom. I’ve always been upfront about that and in a way, I think my daughter appreciates that. I’m simply here to help my kids blossom into anyone they are supposed to become.”

Those series of beliefs became the lyrical backbone of “True Believer,” a heartfelt ballad James penned for his daughter. The song will be featured on his upcoming EP, I Am Now, his first solo project in over 20 years.

“I thought to myself that if I’m ever going to do something that’s mine and make music that I love for me, I’m going to have to do it now,” says James regarding the making of the upcoming EP. “So, I cleared out my schedule and sat on my couch and wrote songs. I had more fun writing this music than I ever had in my life. I didn’t put any parameters on it. I wasn’t trying to write hits for a certain genre or try to aim at radio. I just started writing.”

And that writing session soon had him writing a song for his little girl.

And right from the first verse, James says he just let the words flow, even the words that pointed to the truth that just because he’s a father doesn’t mean he’s not flawed.

“There was a time when my daughter and I were going through some stuff, and I remember her talking to a friend who told her ‘your dad is just a person who just happens to be older than you,’” James recalls. “And I think that hit her. She basically came to me and said, ‘you are just a person that can make mistakes and I can’t expect you to be perfect just as much as you can’t expect me to be perfect.’  I mean, we are all in this together. I will give you all the wisdom I’ve got, but I’m flawed.”

“Vulnerability is valuable in any relationship,” he says. “I wanted her to know that I want her always to go out there and fly, but with the expectation that she might fall. And if she does, I’ll be there. I think we all need to hear that sometimes.”

Of course, coming clean with such raw emotions has taken James to a place he hasn’t been to in awhile.

“I haven’t been nervous performing forever and ever because for most of my career, I have just been a vessel for the song as a songwriter,” he says. “But now, I’m putting myself out there and that’s a very different experience. But if not now, when? What do I have to lose?”

We will answer that for you Brett James.

You have absolutely nothing to lose.

In fact, with this song, we all have so much to gain. 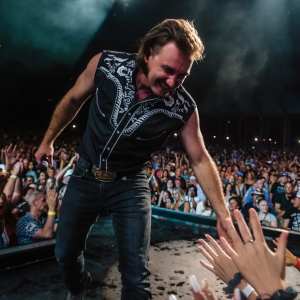 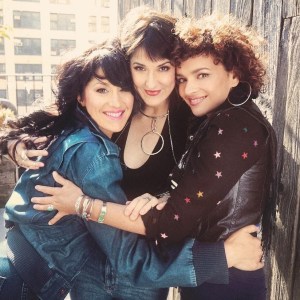