In the past, the group hasn’t shied away from political commentary, as heard in their debut album Buckle In The Bible Belt. However, this time around, the band is opting to focus on more personal topics in their music. Frontman Brian Roberts noted this record as their “love album.” He couldn’t be more right. All 10 tracks focus on the difficult transition periods of adult life and those who make the hard times worthwhile.

Roberts spoke with American Songwriter about the band’s past decade working on Bloodshot Records, the inspiration behind their songs and future endeavors of the band.

So you guys have Heart-Shaped Mountain coming out in March. Tell me about the inspiration behind it.

Well, the inspiration behind the album – I think it’s kind of tough to pinpoint like a direct one overriding theme. I think we’re just all at an interesting place in life. A couple [of us] have had kids; everyone has kind of settled down a little bit. We’re not as young as we once were. And you know, I think it’s about that transition period of life when a lot of your friends are getting married, having kids and you’re trying to remember all of those names and adjust to, I guess, “adulting” in the world. Maybe Heart-Shaped Mountain is like a metaphor for that, like the heart-shaped mountain is that everyone’s going to have to climb that mountain and it might be scary, but the view from the top is really lovely and beautiful.

How long have you guys been performing together?

We’ve been together on Bloodshot Records for 10 years now. I feel very old saying that, but our first album came out in 2007 on Bloodshot, so we’ve been doing this for well over a decade.

What’s the difference between your previous work and Heart-Shaped Mountain?

I think that Heart-Shaped Mountain is a continuation. We’ve kind of grown with each album. That’s been our goal, to continually improve. If we don’t get bigger as a band, hopefully we can get better as a band. This is the first album where our new drummer Mike Reilly and James Cleare, our piano player [and] guitar player, were really equally involved with the songwriting. So I think that made things kind of new and exciting for us. Hopefully the album is a nice continuation of our growth as a band.

So what are the biggest themes that you find that emerge in your songs?

I think this is sort of our love album. I think that a lot of the themes in this album deal with our significant others, our families, moms, dads. Like I said, two guys just had kids in the last three years, so you know, that changes people. And it deepens other relationships as well. I think that this could be considered our love album. We’re all in love again, how about that?

Are you the primary songwriter?

Yeah, we all write together so we all share credits. I definitely write the lyrics, and we all work together to carve out the songs.

As a songwriter, what’s the most important part of composing lyrics?

I think trying to express things with your voice in a unique way is something that should never be far from your mind when you’re writing. You should always try to keep it in your voice and try to say something unique, if that makes any sense. [It’s] kind of counterintuitive, but if I was giving anyone advice, that’s what I would say. If you’re trying to write as somebody else, it’s not going to sound like you, and it’s probably going to sound terrible.

So you feel like you write more for yourself than your fans in a sense?

Yeah, you know, I don’t think you can write [for others]. We’re not trying to write commercials, so I don’t pick out a topic, and am like, “Oh, I’m going to write about this today.” It’s sort of – this is going to sound mystical – but it’s a bit mysterious like how ideas or melodies or different lines will just pop into your head at some point when you’re driving down the road. You’re like, “Oh, I’ve got to remember that.” And thankfully with technology, you can pick up your cell phone or write it into your notes in your phone or talk it into your voice memos. It’s easier to keep track of ideas and compile them than it was 10 years ago definitely.

What song are you most proud of on your upcoming album?

That’s a tough question. See, I think it’s like picking your favorite animal – I like all animals. Or your favorite pet. If you’ve got three pets, you don’t want to play favorites. I guess if I had to pick one song, I would pick the second track on the album, “Everything.” I’m really, really proud of that song, and I hope it reaches a wide audience, because it definitely comes from the heart, and I hope that it has an impact on people. So I guess if I had to say one, it would be the second track.

So let’s talk about your band name. You’re named after a state park, so does that park hold a significance to you?

Yeah, Ha Ha Tonka State Park in Missouri is near where we all grew up. Our guitar player Brett, his family actually has a house across the lake from the park. And it’s just a crazy name, and we decided to borrow it for the band.

Are you guys performing at any music festivals this summer?

So far we haven’t signed any major festivals. We are performing at one in Missouri called Peddler’s Jamboree which is a medium-sized festival. Hopefully we’ll be on some of the bigger ones. In the past we’ve done Lollapalooza and Austin City Limits, but right now we don’t have any big ones confirmed. We are going to be touring heavily. We’re doing a big tour with the Old 97’s in March and April and then headlining the midwest and east coast in May and June and then kind of go from there.

So what do you want people to get out of your music?

When you’re working on new songs, where do you draw your inspiration from? Do you have any sort of artists that have inspired you?

I think that our band is so diverse that we can draw inspiration from really anything. It’s really bizarre, you might be driving down the road. I remember we were touring in Europe one time; we were in Spain looking out the window of the van. Just the landscape was so – it was just breathtaking. And we can find inspiration from that. I think back on that moment often. It could be from another song you hear. If you’re listening to Bruce Springsteen or something, you can find little pieces and draw inspiration from that. You just never know where inspiration is going to come from. It sounds cliché or cheesy, but you really don’t.

Are you working on anything right now that you’re super excited about?

Well, yeah. This is still so new and fresh for us, and we really haven’t performed these songs live. We’re going to be doing rehearsal for the tour. We’re going to be shooting a video for the song I mentioned, “Everything,” which will be coming out in the next couple weeks, and I think the album premieres next week for streaming. So really, we’re still working on Heart-Shaped Mountain and getting it tour-ready. So I’m most excited about that. 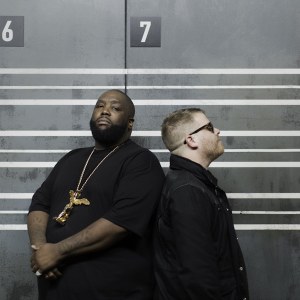 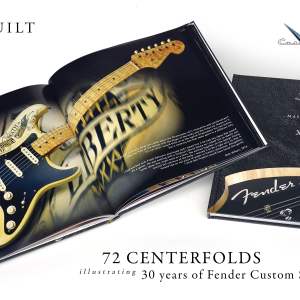