Together with American Songwriter and Sean Ulbs of The Eiffels, we had the pleasure of interviewing Delaney Jane over Zoom video!

Delaney Jane is a Juno nominated singer and songwriter from Toronto, Canada. She began her career as a featured vocalist and topline writer on some of the biggest electronic dance records of the past decade.. She spent the early part of her career collaborating with EDM artists like Tiesto, DVBBS, Oliver Heldens, REZZ, Adventure Club, Shaun Frank, and Grandtheft (to name a few), amassing hundreds of millions of streams worldwide.

In 2017 her collaboration with Tiesto, “L’amour Toujours”, reached gold record status and became a European smash anthem. The same year, her collaboration with DVBBS & Shaun Frank, “La La Land”, also went certified gold. 2017 also saw Delaney Jane performing on the mainstage with both Tiesto and DVBBS at Ultra Music Festival Miami, doing 2 full tours of Asia & India alongside Shaun Frank, as well as accompanying The Chainsmokers on several dates of their SOLD OUT North American “Memories Do Not Open” Arena tour.

In 2018 her more recent collaboration with Grandtheft, “Easy Go”, broke top 40 radio in America and top 10 in Canada, also achieving certified Gold record sales status. More accolades in 2018 were collaborating on tracks with Flo-Rida and Sigala, and being nominated for both a Juno and an MMVA award on her collaborations with Adventure Club (“Limitless”) and Grandtheft (“Easy Go”).

With the success of “Bad Habits”, Apple music named her one of their top rising artists to watch, Spotify gave her her own playlist cover for “hot new pop sounds”, and iHeart Radio personally invited her to perform “Bad Habits” live at Jingle Ball Toronto alongside The Chainsmokers, Dua Lipa, & Khalid.

2019 was another big year for Delaney Jane. She kicked off the year by releasing a full 13 track album which has since gone onto be streamed more than 30 million times. She toured extensively, performing 2 sold out headline performances in her home town of Toronto at the coveted Drake Hotel, a sold out nation wide University campus tour, and made top festival appearances across Canada throughout the summer. All this success lead to her signing a wider label services agreement with her distributor AWAL, making her their next Global priority for 2020 and years beyond.

The project is about wanting to escape reality, even if it means leaving everything you know behind. A reflection of how she and so many are feeling this year, Delaney wanted to share a body of work that could help people break free by delivering a project that people could dance to and feel a little lighter listening to. With so much darkness shadowed across the world right now, Somewhere Else is Delaney’s gift to 2020 and everyone enduring it.

For this new chapter, Delaney is working with incredible artist and creative director Pilar Zeta, who has been responsible for creating defining moments in visual art and music, including art direction for Coldplay. She’s also working once again with producer Shaun Frank who co-wrote The Chainsmokers colossal chart-topping single ‘Closer’. 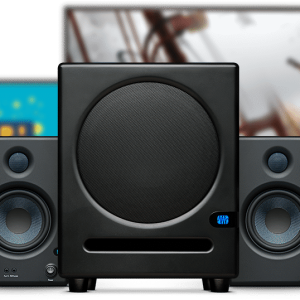