We had the honor of interviewing FIDAR with co-host Sean Ulbs of The Eiffels.

“Over the course of 13 songs, FIDLAR’s third album Almost Free touches on many of the tragedies and irritations of modern life: existential dread, gentrification, the inescapable sway of the super-rich and the self-involved, post-breakup telecommunication, performative wokeness, the loneliness of sobriety or the lack thereof. But through sheer force of imagination and an unchecked joie de vivre, the L.A.-based band manages to turn feeling wrong into something glorious and essential. In the age of joyless self-care, Almost Free makes a brilliant case for being less careful, for living without fear of fucking up, and possibly embracing any incurred damage as a lucky symptom of being alive.

Produced by Ricky Reed (a 2017 Grammy Award nominee for Producer of the Year, known for his work with Leon Bridges, Kesha, and Halsey), Almost Free skids along with a relentless energy, a sustained rush of feeling. Even in the album’s most languid moments it’s still wildly kinetic, with guitars that thrash and buzz and sometimes wander into ethereal terrain, heavy and unhinged rhythms, vocals that shift from manic to fragile and back again.

Despite that volatility, Almost Free came to life through a far more gradual and deliberate process than the band followed for their 2013 self-titled debut and their 2015 sophomore album Too. Mixed by eight-time Grammy-winner Manny Marroquin (Christine and the Queens, Dirty Projectors, Kanye West) and mastered by multiple Grammy nominee Chris Gehringer (Rihanna, Chvrches, St. Vincent), the album taps into the insights Zac’s recently gleaned in producing for The Frights, SWMRS, and Dune Rats. At the same time, Almost Free achieves a graceful cohesion that the band largely credits to Reed’s guidance in sharpening their songcraft, as well as his aligning the disparate sensibilities of FIDLAR’s two lead songwriters. “Elvis is really into garage-rock and blues, and I’m usually listening to new shit,” says Zac. “There’s a yin and yang happening, and Ricky was able to offset everything so it’s not so rock & roll and not so SoundCloud rapper—there’s a balance.”

In the spirit of contradiction and contrast, much of Almost Free centers on FIDLAR’s love-hate relationship with L.A. and its endless tensions. Partly inspired by the band getting kicked out of their house after Highland Park went trendy, the album-opening “Get Off My Rock” fires off on the thoughtless upheaval that happens when people with too much money claim a neighborhood as their own. And on “Can’t You See,” Almost Free portrays a particular species of L.A. creep, summed up by Zac as “a musician who’s high on coke at a party and showing you his music on his iPhone, and punishing you by making you listen to it.” With its slippery groove and tongue-in-cheek lyrics (“Meditate, you can get rich quick/Don’t talk, just like my shit”), “Can’t You See” originated with a demo that Elvis submitted on a whim. “I figured no one would be into it, since it didn’t fit into what we’ve always done, but Ricky really responded to it,” he says. “It was freeing to realize I don’t have to write a certain way for it to work for FIDLAR—the songs can take all different shapes.”

Whereas “Can’t You See” unfolds with an elegant precision, “Alcohol” sinks into FIDLAR’s most supremely base instincts. Built on a serpentine riff and thunderous drumming, the track emerges as a transcendent party song with a dark undercurrent. “I was sober for a long time, and I remember.

sitting in a meeting listening to someone’s story and thinking, ‘This is just making me want to get fucked up,’” says Zac. “Eventually I started drinking again, and that song is what came out.” Elsewhere on Almost Free, themes of addiction manifest in the self-effacing sing-song of “By Myself” (as in “Well, I’m cracking one open with the boys, by myself”) and in the bleary and brooding stomp of “Kick.” “‘Kick’ is really about trying to get over addiction of any kind,” Elvis points out. “Around the time it came together my friend had gone through a bad breakup, which can be just as awful if not worse than getting off drugs.”

A duet with K.Flay (the Grammy-nominated singer/rapper/songwriter otherwise known as Kristine Flaherty), “Called You Twice” looks at life-changing heartbreak more directly and tenderly. “My ex-girlfriend and I had just broken up and I was such a mess, I couldn’t sleep—I’d never been through anything like that before,” says Zac. “Kristine called me up and I told her, ‘Man, I’m going through it right now,’ and she was like, ‘Perfect time to write a song!’” Written together on an acoustic guitar, “Called You Twice” ultimately evolved into a slow-burning ballad built on delicate melodies, lovesick but brutally self-aware lyrics, and sweetly shattered vocals.

With the horn-fueled instrumental title track serving as its centerpiece, Almost Free presents some understated political commentary on the unnervingly sunny “Scam Likely” and expounds on self-deception on the frenetically beat-driven “Too Real” (sample lyric: “And let’s pretend that EDM didn’t happen at all/And that politics are why you drink alcohol”). Showing the scope of FIDLAR’s artistry, the album also offers the glammy shimmer of “Flake,” the onomatopoeic fury of “Nuke,” and the epic free-for-all of “Thought. Mouth.” (an infinitely shapeshifting track that spontaneously bursts into full-tilt jukebox anthem). And on “Good Times Are Over,” Almost Free closes out on a communally written, bittersweet serenade to a lost friend (“Misery, you could use a little company/I always thought that we’d be sad together, sad forever”).

From song to song, Almost Free bears a raw vitality that FIDLAR partly attributes to a certain lightning-in-a-bottle element in its construction. While the album was recorded in several different locations—including the iconic Sunset Sound and Sonic Ranch, a studio in the Texas border town of Tornillo—much of the material came straight from homemade demos. “On the last record we took the demos and re-recorded everything in the studio, but this process was more like how we worked in the beginning,” says Elvis. “I feel like it got us back to that original feeling we had when we first started making music together, instead of just pushing everything out on a deadline.”

FIDLAR’s origins trace back to 2009, when Elvis (whose dad played in the legendary punk band T.S.O.L., and who joined his own first punk band at age 13) landed an internship at a recording studio where Zac worked as an engineer, and the two started jamming in the off-hours. “I remember one day we went out to get a Little Caesar’s pizza and Elvis put on Songs for the Deaf by Queens of the Stone Age and I was like, ‘I love this record,’” Zac recalls. “That was the moment when it just connected for me: ‘We’re gonna be in a band together.’” With Brandon and Elvis’s kid brother and lifelong bandmate Max brought into the fold, the four musicians felt an immediate chemistry but had no real direction. “There wasn’t any kind of plan to become a working band,” says Elvis. “We just all really wanted to make loud rock & roll music.”

Throughout Almost Free, FIDLAR match their stronger sense of purpose with the ineffable magic that’s always driven them—most notably, that pure and palpable love of playing together. “We were so young when this started, we were just partying and being kids, and FIDLAR took on a life of its own,” says Zac. “I really thought I was going to be working on other people’s music for the rest of my life, and that would be it. In my wildest imagination I never would’ve thought that this all would’ve worked out the way it did—but that’s how life happens in general. That’s the classic story.”

“Whatever gets you stoked, inspiration wise, that’s what you got to keep chasing.” 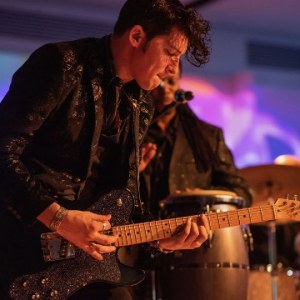 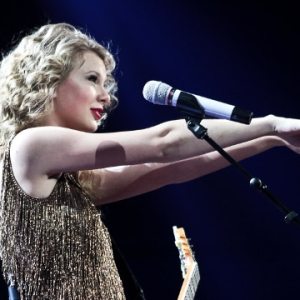