Together with American Songwriter and Sean Ulbs of The Eiffels, we had the pleasure of interviewing Izzy Heltai over Zoom video!

With brutal honesty towards himself and forgiveness for those around him, Izzy Heltai’s music walks the elusive line between confessional and relatable.  On his debut album, “Father,” the 23-year-old singer/songwriter dives deep into his fascination with human relationships, and specifically the way that those relationships change and reorganize themselves over time.

Originally from Brookline, Massachusetts, Heltai is the child of two mathematicians and first-generation European immigrants.  Heltai moved from Boston to the small town of North Adams, Massachusetts at the age of eighteen, and took up residence in his friend’s closet for one hundred dollars a month rent.

Now, at twenty- three years old, Heltai sees his own coming of age reflected in the album, which includes songs written over the past four years.Throughout the record, Heltai braves the exploration of not only interpersonal and societal relationships but also his own relationship to himself.

Father was recorded by Heltai’s longtime friend Andy Cass and produced by Sophie Buskin, whom Heltai met at the legendary Kerrville Folk Festival in Texas.  The production is raw and full, with subtle harmonies and guitar lines weaving their way unexpectedly through the mix almost as if they were grown in the song. There is no sign of musical overthought, allowing Heltai’s emotional vocals to shine organically.

At a time when any conversation with a stranger can quickly become a sociopolitical battle, Heltai’s introspective and thought out songs are a breath of fresh air.  With an overwhelming empathy for humanity, and willingness to search for personal responsibility, Heltai’s “Father”, will not leave your heart or your ears unchanged. 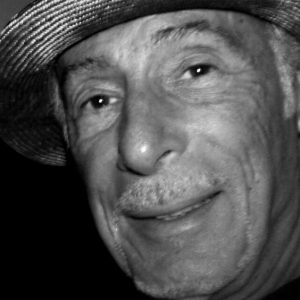