We had the pleasure of interviewing Robert Finley over Zoom video!

“The greatest living soul singer,” Robert Finley, has released his career defining new album on Easy Eye Sound. A soulful masterpiece written by Finley and co-written by Dan Auerbach, it features blues veterans and studio legends who have worked with everyone from Elvis to Wilson Pickett.

Finley appeared on NPR’s Morning Edition today, discussing his new record and remarkable story with Vince Pearson. The piece reflected on the power of perseverance and how Finley has found musical success, after many decades of hard work.

He debuted a new music video for the track, “Make Me Feel Alright,” which premiered exclusively with SPIN.com, who also interviewed Finley about his new album and proclaimed it, “one of the finest albums of the year.” Reflecting on the track, Finley stated, “‘Make Me Feel Alright’ is about not looking for love, but for companionship. Sometimes you want to find someone to have a good time without judgment or baggage. There’s nothing like going to a club and having a good time. You meet someone, have a fun night and then go your separate ways with your own problems at the end of the night but still experience love in the moment.”

Sharecropper’s Son received high praise from tastemaker media including Rolling Stone who described Finley’s vocals as the perfect combination of “weathered and expressive.”  Mojo described the album as “pure Hill Country hypnotic boogie.” AVClub claimed, “Finely has a voice so distinctive and compelling that it can’t be ignored.” GRAMMY.com discussed how Finley defies genres stating, “Finley’s mesmerizing voice… defies neat categories.” Under The Radar said, “There’s an undeniable element of authenticity with Finley’s music and ‘Country Boy’ is no exception.”

Before his rapid ascent, Finley overcame a divorce, house fires, an automobile accident, and losing his sight in his 60s, to finally pursue his musical dream and become an overnight soul sensation. Since the release of his Dan Auerbach produced debut, Goin’ Platinum, he’s toured the world, received critical acclaim, and even made the semi finals of America’s Got Talent.

His latest album tells his life’s story and is rooted in the classic sounds of southern soul, country, rhythm and blues. With songwriting by Finley, Auerbach, Bobby Wood, and contributions from respected country songwriter Pat McLaughlin, Sharecropper’s Son also features an all star band including guitar expertise from Auerbach himself, Kenny Brown, Russ Pahl and Billy Sanford. They are joined by other notables: Bobby Wood, Gene Chrisman, Nick Movshon, Eric Deaton, Dave Roe and Sam Bacco.

The fire behind the conflagrant performances on Sharecropper’s Son is ignited by Finley, who has cited a range of vocal influences, including Al Green, Jimi Hendrix, Ray Charles, Elvis, James Brown and The Beatles, all inspiring his genre diverse and formidable vocal approach, which take centre stage and encapsulate his remarkable life. Finley’s tales of pain and joy uplift as he shares his belief that you are never too young to dream and never too old to live. 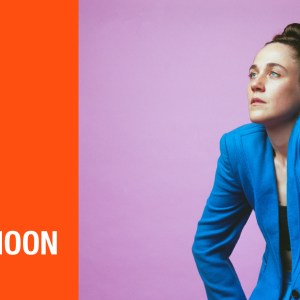 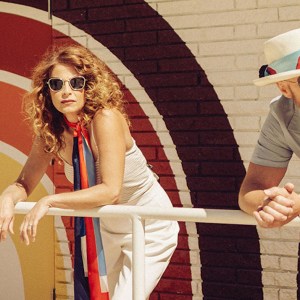