We had the pleasure of interviewing Ryan Potter of The Hunna over Zoom video with special guest co-host Sean Ulbs of The Eiffels! ​​

“Was it Epicetus who said “it’s not what happens to you but how you react to it that matters”? It was, because we’ve looked it up. And while we don’t know exactly who Epicetus was, he definitely had a point – and that point says everything about UK rock band The Hunna.​​ ​​Hailing from Watford, Herts, The Hunna – singer/guitarist Ryan Potter, lead guitarist Dan Dorney, bassist Junate Angin and drummer Jack Metcalfe – are four guys living the classic rock ‘n’ roll dream – one of touring, tattoos and tearing up the world’s most iconic venues, and they’ve already got to phenomenal levels of fandom as, largely, a word-of-mouth success story.​​ ​​

But just as The Hunna’s dreams align with those of bands since time immemorial, they also managed to step into the oldest trap in the music industry – falling foul of a manager who locked them into a deal, with a company he owned but which now no longer exists. There are a long list of creditors – of which The Hunna has to be one of the largest. Tough times.​​ ​​

But before the nitty gritty of that, the happy conclusion: The Hunna are back with a thrilling third album and a stonking great attitude that’s alluded to in the title: I’d Rather Die Than Let You In. It was recorded in that most classic of band boltholes, Los Angeles, with crack producer John Feldmann, who achieved great success as the singer of ska punk heroes Goldfinger and went on to produce Blink-182, Fever 333, Twenty One Pilots, Refused, Panic! At The Disco, Black Veil Brides, All Time Low and many more, notching up sales in the tens of millions in the process.​​ ​​

A workday with Feldmann involves surfing trips, morning boxing sessions and afternoon drop-ins from half of LA’s music scene – a far cry from the cold North London studio in which they recorded 2018’s Dare. The whole experience, says Ryan, “was a bit of a mindfuck, in the best way possible.” The producer encouraged the band to work in new ways, freestyling vocals in the booth and recording with great speed – they wrote three songs on their very first day together. The last, written in 20 minutes, became I Wanna Know, which debuted in their 2019 festival sets and opens the album after the introductory One Hell Of A Gory Story… “John Feldmann is one hell of a character,” says Ryan I’ve never met anyone like John, and I couldn’t imagine not knowing him now. He’s such a big part of what we’re doing.”​​ ​​

Feldmann’s methods bore dark fruit, freeing the group to exorcise their demons into music that reveals an intensity of fire and fury that could only come from taking hard knocks and picking themselves back up again. It’s self-assured, confident and – most of all – collaborative, with multiple co-writes and features. Among the guests are some who arrived via Feldmann’s bulging contact book – Pete Wentz of Fall Out Boy stopped by to write a tune and Blink-182’s Travis Barker appears on Cover You.​​ ​​

Some guests came via the band’s connections, like co-writers Carl Barat of The Libertines and Mike Duce of Lower Than Atlantis and up-coming LA singer Phem, the female vocalist on If This Is Love. Phem was someone Ryan had admired from afar who the band met, by chance, at Halsey’s Halloween party (Ryan dressed as Garth from Wayne’s World, Dan went as Marilyn Manson – as did Halsey. Awks). “I heard her music about a year ago and I knew I wanted her for this one track I had,” says Ryan. “Dan was outside for a smoke at the party, he asked a girl for a lighter, they got to talking and it turned out to be Phem. Dan said, ‘I’m pretty sure our lead singer is super into your music…’, he messaged me and I came running out. The track came out better than I’d even imagined.”​​ ​​

While the collaborations are certainly noteworthy, they’re possibly not the most attention-grabbing thing about the album for fans. That would probably be the sound of the record – at once heavy-as-f*** and their most future-forward work yet, incorporating Megazord-sized riffs alongside the sonics of modern R&B and hip hop, even stretching to liberal use of autotune and triplet flow vocals. Are they the first rock band to employ triplet flow? “Potentially…” says Ryan. “As a singer, I’ve always been more influenced by R&B singers – Ray Charles, Sade, The Weeknd, Drake, Swae Lee – than rock singers. And this time, I was able to use my voice without being told it needed to sound more ‘indie rock’. The whole point of this album is to show that there’s a lot more to us than that.”​​ ​​

​​So, let’s wheel back to the beginning. England’s home counties are easily written off as a cultural vacuum, suffering from being too close to London to foster something on their own terms. But Watford, where The Hunna grew up, was home to a thriving punk and hardcore scene. “We grew up watching Enter Shikari, Lower Than Atlantis, Deaf Havana, Don Broco and Gallows, who are all local,” says Dan. “There was a massive scene – and that’s how we met. We were all born in the same hospital, all grew up together – even before the band was The Hunna, we were friends into the same music.”​​ ​​

Debut album 100 (their name, itself, is an extraction of the word “hundred”) came out in 2016, and hit Number 13 on the UK album chart. Things were happening fast, and the band was on the up: the venue capacities were increasing, the fanbase was growing exponentially. By the time they released second album Dare, they were able to fill Brixton Academy twice – which is never to be sniffed at.​​

​​But amid this, the band were being distracted from problems behind the scenes – problems that became apparent most dramatically when a tourbus driver dropped them off on a highway in rural France because he hadn’t been paid for his work. “We were like, what the fuck, what do we do?!” remembers Ryan. Most troublingly for the band, their manager’s company’s behaviour began to impact on their fans. “There was overcharging for tickets, and it was getting to the point where fans were ordering merchandise and they still weren’t getting it eight months later,” says Dan. “Without being cheesy, the mentality for all of us was always to make it in a band. We went to college to be musicians. When we left college, we didn’t go to uni, we got jobs and put the money into being a band. When there’s people depending on the band, and who love your band, and it’s all you ever wanted, that’s a line crossed.” When an ill-fated tour was booked without the band’s knowledge, they decided it was “doomsday – time to send in the lawyers,” says Ryan. “It was terrifying!”​​ ​​

With I’d Rather Be Dead Than Let You In, The Hunna haven’t missed a beat in turning their experiences into songs that express life experience beyond the world of fancying girls and relationship troubles that coloured their first two releases. “We’re just in a different place,” says Ryan. “The first album especially, we were young lads: fresh, full of life, full of optimism. It went darker on the second album, and now this album is a reflection of everything we’ve experienced as individuals and as a band.”​​ ​​

The album shows two sides to the changed band – one which is more woke to the wider world, and one which is ready to party after the tough times they’ve been through. Opener One Hell Of A Gory Story… sets the apocalyptic tone, finding The Hunna “fighting demons of the present, the future and the past” in a fiery wasteland; penultimate song The Horror picks up on the story, describing them witnessing the wildfires that struck the LA hills in 2019.”​​

​​“It looked like the end of the world, but people still were driving down the freeways, and the first thought is to get an Insta Story because it’s so fucking gnarly, but actually it is a horrific thing happening in front of you,” says Ryan.​​

​​On the other hand, “I Wanna Know is hard and fun and it’s just talking about what most people want to do: have fun and get fucked,” says Dan. “It’s kind of a fun, punky, in-your-face mental breakdown song.”​​

​​“We were in a place, after everything that had happened, where we could go wild and experiment on this album, and for the first time capture that heavy, crazy energy we have on stage,” says Ryan. “I think we’re going to shock a few people.”​​ ​​

So while life has pelted shit at The Hunna for some time, they don’t see it like that: they see themselves as finally free, lucky not only to be where they are – with the adoring fans and the sold-out tours – but to be on a course for bigger and better things on their own terms.​​ ​​

“There’s no plan B for us,” says Ryan. “We won’t stop until we get to where we believe we can get to. We want to be one of the biggest bands in the world, up there with our favourites: Kings Of Leon, Foo Fighters, Nirvana, The 1975. Headlining arenas, stadiums one day. We want to experience everything.”​​ ​​“It feels like back when we first started – that level of excitement,” says guitarist Dan. “The Hunna have been reborn.”​​ ​​

See: it’s not what happens to you but how you react to it that matters.”​​ 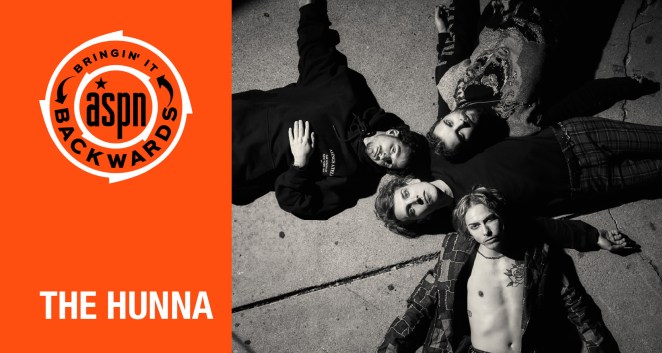 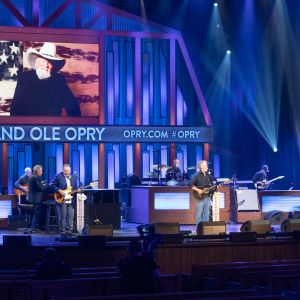 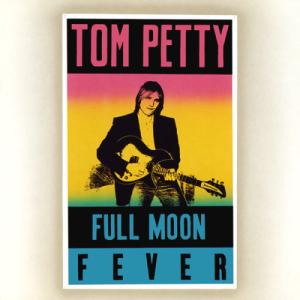