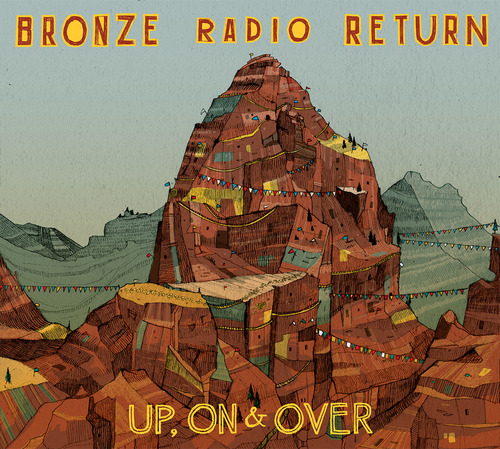 Bronze Radio Return
Up, On & Over
(DigSin/Unsigned)
Rating: 3 out of 5 stars

Buoyancy in music is all fine and well, but it tends to go a lot further when there’s a curious contrast involved to make high spirits seem surprising or unlikely. Hartford sextet Bronze Radio Return comes to us in the wake of a downtrodden national morale (alongside a slew of other, similar sounding bands… but we’ll set that aside for the moment) with Up, On & Over, a super-peppy 13-track offering to soothe what collectively ails us. The disc will prove especially satisfying to those that like their roots-pop tidy and tight, but fear not – folks that venture out to see them this fall will find that the band delivers an impressive wallop when playing live.

In this case, hailing from Hartford provides an added twist. While I have no personal vendetta against the city, it’s not exactly the stuff of rolling hills, unabashed optimism and open-air inspiration (and yes, I’ve spent some time there and have written for the local alt-weekly). As it turns out, Up, On & Over was recorded in rural Virginia (as vocalist Chris Henderson puts it, “… surrounded by goats, chickens and farmland,”) which goes far to explain the images and overall feel that the collection conjures.

Regardless, much of the time Up, On & Over manages to strike a balance between the seemingly disparate realms of roots and pop music, offering a palatable compromise similar to that which has propelled Mumford & Sons into mass consciousness. It’s not as easy as some would imagine: longtime fans of Americana are rightfully suspicious of pop hybrids that may well defile the genre’s organic nature and water down its authenticity. But Up, On & Over won’t take no for an answer with its relentless toe-tapping charm, and Bronze Radio Return comes with some unexpected pedigrees – most notably having formed as collective alumni of Hartford’s Hartt Conservatory. In other words, these guys went to music school.

The title track kicks off with Henderson riffing like Lindsey Buckingham in a “Tusk”-era rant, but the song quickly gives way to something significantly less menacing and altogether sunnier. “Up, On & Over” sets a tone of acceptance (and ensuing transcendence) of less-than-ideal circumstances, paving the way for the potential blue-collar anthem, “Mister, Mister,” a meditation on similar themes from the perspective of the Average Working Joe. The song offers a universally applicable solution: keep vigilant boundaries between the realms of work and play. The single “Further On” urges us to harness the energy needed to forge forward with just the right measure of freewheeling abandon.

The philosophical main course being served is framed up particularly well in “Rather Never Know,” when Henderson croons, “It’s my unknown, it’s my dismiss/some call ignorance, I call a little bliss.” It’s as if we’re being politely reminded to wear life as a loose-fitting garment… something we could all stand to strive for right about now.

Throughout, ongoing producer/collaborator Chad Copelin helps harness the spirited musical tones to match the ideology, punctuated by the driving rhythm section of drummer Bob Griffith and bassist Bob Tannen. Tracks like “Soon as I Fall,” proudly led with a fuzzy guitar line from Patrick Fetkowitz, glimpse the band’s edgier possibilities, bringing them a little closer to California’s Delta Spirit. Having a dedicated banjo player in Craig Struble keeps the sound bent due south.

Part of Up, On & Over‘s victory is the fact that it won’t let you stop tapping even when it finally slows down (but only sort of, on the eighth track, “World Spin, Home Spun,”). Even the ballads (again, only sort of) “Thick and Thin” and “Gilded Lily” burst into percussive fits part of the way through. “Above, Below” – at a woefully short two minutes – is the lone, full-on respite from the stomp; in it, we can glimpse other worthwhile musical possibilities.

At the very least, Up, On & Over is great medicine for a weary soul, provided you’re not already too jaded to keep it down. This is pop music, yes, but the disc displays impressive chops both in terms of clever songwriting and dexterous delivery… certainly enough to warrant closer examination. Coming from Hartford might end up being an unexpected asset as the band searches for new ways to express itself and new moods to explore – some additional grit and contrasting clouds would go a long way. Which underscores the set’s biggest flaw: it’s a little too polished for Americana. But then again, relative to the precision-tuned crap on mainstream radio, it’s downright scrappy. Up, On & Over is, apparently, all a matter of perspective.

Watch them crank it out “unplugged” for Pandora: 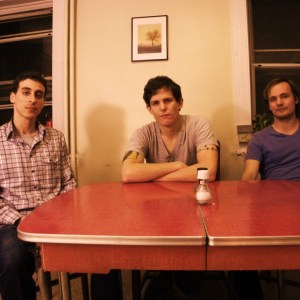 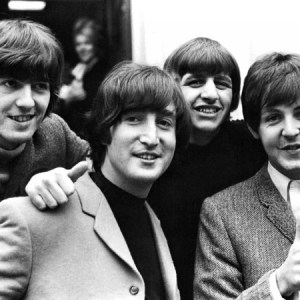