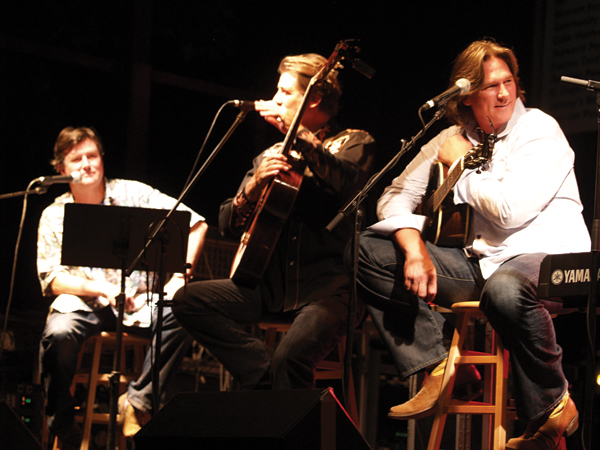 Bruce Burch didn’t have any plans to leave the undergraduate music program he’d started five years ago in Athens, Georgia, at the University of Georgia’s Terry College of Business. The program had been a huge success. But Burch must have been keeping one eye on Atlanta, and Joel Katz, a powerful Atlanta attorney, had been keeping his eye on Burch.

Atlanta has a great history of music, and so does Georgia. But the Peach State is more often recognized for the talent it has spawned – blues, country, southern rock, soul, R&B and hip-hop – than the industry behind it.

It’s almost mind-boggling to think of all the talent that emerged independently in soul and R&B music in Georgia in the ‘50s and ‘60s: Little Richard, Ray Charles, Otis Redding, James Brown, The Allman Brothers Band – all from different outposts of the state, like Macon, Albany and Augusta. Before the soul era, Atlanta was a center for blues and country recording – picture Alan Lomax recording Blind Willie McTell in an Atlanta hotel room in November 1940. In the ‘70s, Phil Walden had begun building a music empire around Otis Redding and the Allman Brothers, with the influential, but short-lived Capricorn Records label, based in Macon. But by the ‘80s, the music world’s attention had decidedly shifted to Athens, where college garage bands were turning into rock stars, as in the case of R.E.M. and the B-52s.

Athens, a college town 40 miles east of Atlanta, still had a strong indie and southern rock community by the time Bruce Burch left Nashville, where he’d been a hit songwriter and Creative Director at EMI Music Publishing for three decades. UGA knew they wanted a competitive undergrad music business program, but the funding wasn’t quite set up and Burch didn’t have any students. “I had to go out and find 25 students in two weeks,” Burch says.

One of the biggest achievements, Burch says about the UGA program, is that 90 students have jobs in the industry now, in a very tough economy, nonetheless. He says it’s because the UGA program was “based in the real world and closely integrated with the industry,” bringing in many music heavyweights to speak and network with students.

That real-world interaction must be what Katz saw in Burch, whom he hired in August to start a similar program at Kennesaw State University this spring. Burch considers Katz one of the architects of the Atlanta music scene, whose clients have included legends like James Brown and Willie Nelson as well as contemporary pop and country stars like Christina Aguilera and Kenny Chesney.

While Athens was a stronghold of indie and southern rock, Atlanta had been developing as an important center for both hip-hop and the film and TV industries. Atlanta’s had an enormous impact on the landscape of hip-hop, with proto-hipster taste making duo OutKast, from East Point, Atlanta, inventing a new face for southern rap, and Ludacris, T.I., Young Jeezy, Mase and Lil Jon all hailing from the city and following in close step.

Atlanta civic leader and music industry veteran Jerry Clark, who’s worked with Usher, Young Jeezy and producer Jermaine Dupri’s Altanta-based record label So So Def, as well as recently founding The Jerry Clark Foundation to work with youth in metro Atlanta, recalls watching the city grow from within. He says the community of artists is “unmatched” in other areas. “There’s such a close-knit vibe when working with individuals on the scene,” Clark says. “It’s like one big family.”

Burch says he’s drawn to Atlanta’s hip-hop community and its movers and shakers, and in a funny way, he says, the genre reminds him of country music, because they’re both lyrically based. With guys like Kid Rock crossing over genres, he thinks there’s a major parallel between Nashville and Atlanta. “CMA is a great example of what Nashville has done,” says Burch, in reference to the Country Music Association’s model of organizing the industry, artists and fans.

Burch says the Kennesaw program will also be bigger and broader in scope than Athens’ program. The reason, he emphasizes, has a lot to do with Atlanta’s 30 percent tax incentive for film and TV. “There are more opportunities in those industries,” he says enthusiastically. “There’s more video games, tech, more venture capital. They’re building two new sound stages.”

Duncan Freeman, an entrepreneur in Atlanta and founder of the company Band Metrics, which tracks and analyzes data for the music industry, also sees the city’s future in terms of technology and innovation. The fact that Atlanta is rich in music diversity and history, he adds, gives the new university music programs and tech companies an extra boost.

Swinging a bigger bat at KSU, Burch hopes to take his new program even further, eventually offering the degree as a major and graduate program. And who knows, maybe the next Joel Katz or Jerry Clark will be sitting in the front row of Burch’s spring semester class, ready to push Atlanta into the next uncertain – but thrilling – decade in music. 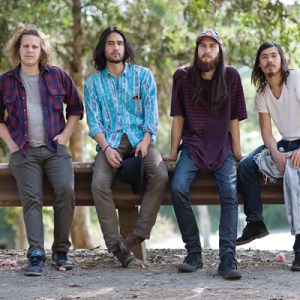 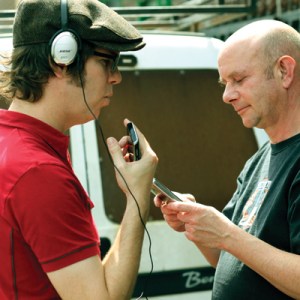