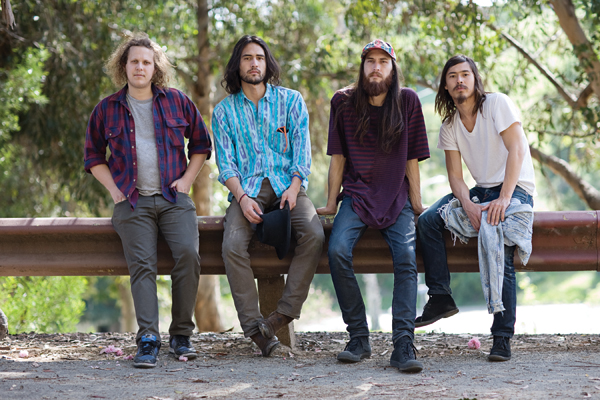 A great song for every foot of hair. That secret ratio of classic folk rock albums – adhered to most successfully by Crosby, Stills, Nash and Young on Déjà Vu – has a new follower in Chief. While the length of their flowing locks may be an approximation, there’s nothing imprecise about the Los Angeles-based band’s debut album, Modern Rituals. Mixing splashy ‘60s pop guitar with syncopated drum beats that wouldn’t be out of place in a prog-rock jam, the eleven songs range sonically from the shaker-driven lament “Irish Song” to the crunchy chords of “Breaking Walls,” each one casting out in a new direction before finally returning to familiar melodies and subject matters.

“We’re a standard rock band – two guitars, bass and drums – and we love harmonies so we’re automatically thrown into that folk rock and roll category,” says guitarist Danny Fujikawa, whose brother, Michael, is Chief’s drummer. “But we all have different musical influences.”

Those influences, which span from Bruce Springsteen to Queens of the Stone Age, cover almost as much ground as the band has in recent years. In early 2009, the four New York University graduates moved back to the West Coast, and while they enjoyed the time spent in their former college town, it came as a welcome change. “[In New York City], you have to pay for a practice space and for cabs whenever you have shows,” says Evan Koga, the primary songwriter for the group. “I think we were looking for a little more of a peaceful environment where we could live for a little cheaper.”

It was while living in L.A. that Chief finished recording Modern Rituals, a process that had taken them to four different studios in four different cities. Working with Grammy-winning producer Emery Dobyns, the band took a fresh look at songs they’d been playing live for years. “[He] helped us realize a new sound. It’s the same backbone and the same vocals but he made it really, for lack of a better word, modern,” says bassist Mike Moonves, conscious of the name of the album. “We’re really happy with it as a whole.”

Moonves, the bassist, co-wrote the album’s first single, “Night & Day.” The song, which starts with a mourning vocal harmony best described as a pitch-perfect wolf’s howl, shimmies its way through two verses before unleashing a thudding bassline in tandem with a melancholy refrain: “Take me away/I don’t care what the place/I just can’t see your face/Every night and day.”

While “Night & Day” came from Moonves’ ideas for a guitar and drum track, many of the songs on Modern Rituals are from the original batch Koga wrote that spawned Chief. “I moved back to L.A. after I graduated and started writing,” says Koga. “When I came back to New York, I presented the songs to Danny and Michael. They liked them so we decided to get serious about this.”

The newly formed trio soon played their first show in the Bushwick apartment where they were living. “It was in front of thirty or forty of our best friends,” says Koga, reminiscing. “That was a very special show – very homemade,” adds Fujikawa.

Since then, Chief has been on the rise. They added Moonves to the line-up, headed West, and now instead of playing loft concerts in the heart of Brooklyn, have two small European tours in the works, as well as one across the middle of the United States, a trip that seems just as exotic to the band.

“We’ve never played in between the coasts before,” says Koga. “We’re also new to the whole promoting aspect of the music industry – the job side of it.”

Koga’s voice sounds slightly weary when he says that dreaded three-letter word. Still, despite all the new responsibilities and press obligations coming their way, it’s clear Chief picked the right profession. It should only take one listen – or glance – to tell you as much. 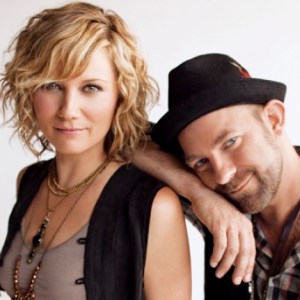 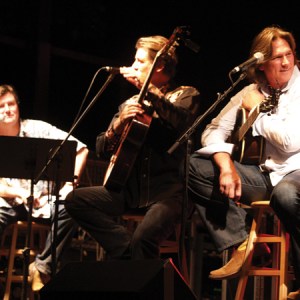