Bruce Springsteen. He’s “the Boss,” America in a pair of blue jeans, and born to run. What’s not to love?

Regardless of whether you live in the United States or not, Springsteen’s music has undoubtedly become familiar to you, at least in passing. His decades-spanning career has churned out several acclaimed albums and anthems all while ironing out the heartland rock genre. (“Dancing In The Dark,” anyone?) With all of that being said, or written in this case, what is left to discover about the singer/songwriter?

Read below for a few little-known facts about Bruce Springsteen.

1. The first song he learned to play on guitar is not what you’d expect.

“The first song I ever learned was a song called ‘Greensleeves,’” Springsteen told Jimmy Fallon in a 2020 interview.

“It was a folk song, and the first thing I had was a big book of American folk music,” he continued. “And so I learned that first because it only had two chords, and eventually I made my way to the third chord, which allowed you to play ‘Twist and Shout’ [by The Beatles].”

Bruce Springsteen was born on September 23, 1949, in New Jersey. (He’s a Libra, folks.) And when Springsteen was around four or five years old, his family moved into one half of a duplex that was nearby a Nestlé factory. Biographer Craig Statham noted that, because of its geographic location, Springsteen’s childhood home had a particular smell: “When it rained, the smells of chocolate and coffee escaping from the local Nestlé factory, permeated the house all day.”

3. Springsteen is famous in space, too.

A minor planet in space has been named after Springsteen. Planet 23990 was officially named “Springsteen” in honor of the singer in 2001. The planet was first discovered in 1999 by New Zealand astronomer I.P. Griffin.

Further, the name announcement was marked with this description by the Minor Planet Center (MPC): “Bruce Springsteen (b. 1949) is a singer and songwriter whose music has provided a social commentary upon late-twentieth-century America. On the night this minor planet was discovered, his music entertained the observers.”

4. Springsteen has some pretty cool kids.

Springsteen’s daughter Jessica competed on the United States Olympic Equestrian Team at the 2020 Summer Olympics in Tokyo. She won a silver medal in the Team Show Jumping event.

And his sons, Evan and Sam, have also chosen fascinating lifestyles. Sam was sworn in as a New Jersey firefighter in 2020, and Evan, it seems, was the only Springsteen child to follow in his father’s footsteps. Evan will periodically perform with the elder Springsteen onstage and has been known for his musical adventures.

Remember two of Manfred Mann’s Earth Band’s biggest hits, “Blinded By The Light” and “Spirits In The Night”? Springsteen wrote both of ’em. Read more about the songs you didn’t know Springsteen wrote that were made famous by other artists here. 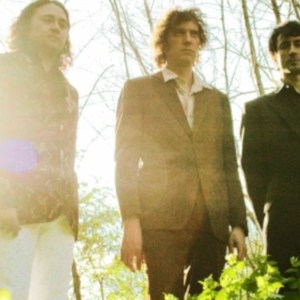