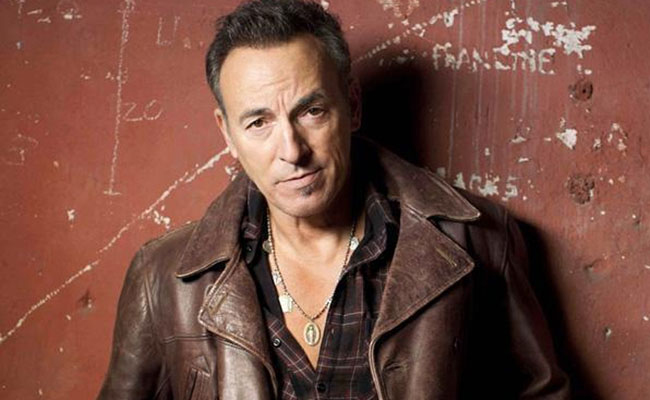 On Tuesday night, Bruce Springsteen and the E Street Band performed the second date of the U.S. leg to their 2014 High Hopes Tour at Cincinnati’s U.S. Bank Arena. It was The Boss’ “heart-stopping, pants-dropping, house-rocking, earth-quaking, booty-shaking, Viagra-taking, love-making Legen-dary” backing band’s last show before being inducted into the Rock and Roll Hall of Fame, tonight. Something was missing.

Quite literally, something was missing — Springsteen’s longtime onstage foil and consigliore, guitarist Steven Van Zandt, was absent, off in Norway filming his Netflix series Lilyhammer. In his place was Rage Against the Machine guitar virtuoso Tom Morello, who wowed the crowd with searing, albeit out-of-place, solos on songs like “American Skin (41 Shots)” and “The Ghost of Tom Joad.”

VINTAGE PHOTOS: THE NIGHT SPRINGSTEEN BECAME THE FUTURE OF ROCK AND ROLL

E Street co-founding members, organist Danny Federici and the most beloved saxophonist in rock history, Clarence Clemons, died in 2008 and 2011 respectively. Federici’s role was filled by Pat Benatar keyboardist Charles Giordano. But it takes an entire five-piece horn section, including Clemons’ fresh-faced nephew Jake Clemons, to fill The Big Man’s shoes, and they, along with a percussionist and a pair of back-up singers, do a helluva job filling in for the irreplaceable.

Often, this veritable E Street Orchestra lineup adds new elements to Springsteen shows. Certainly the band members trudging through the crowd like a second line on a saloon-like cover of The Weavers’ “Pay Me My Money Down” wasn’t something The Boss could of, or would have, pulled off on The Darkness Tour in 1978, or The Reunion Tour in 1999. Few bands of Springsteen and E Street’s vintage manage to evolve instead of stagnate as they tour the boomer circuit year after year, and this one’s elastic lineup, along with Springsteen’s dedication towards his delivery and playful need to create new live rituals for his cult followers is what separates his touring company from his contemporaries’.

It excites fans when Springsteen starts his preacher routines; when he sprints wing to wing and asks, “is there anybody alive out there!”; it warms hearts when he pulls up the youngest kiddo he can find to sing a line. And it excites people when Morello starts tapping out a metal solo with the end of his guitar cable, but if having seen 22 shows makes me any kind of authority, I’m just gonna go ahead and say it: Morello must go.

Seriously, someone has to stop this insanity, or else, for the rest of this tour, every show, fans will continue getting active-rock “Ghost of Tom Joad” in the spot traditionally reserved for a rotating cast of piano epics a la “Backstreets” and “Racing in the Streets.” Think about that every time Morello starts singing lead on a verse, a thing he didn’t even do in his own band.

Meanwhile, I couldn’t help but constantly miss seeing a steady stream of Boss man and Miami Steve bromance in the mix. An E Street Band show without Clarence and Steve feels, just, weird.

That said, Springsteen’s better half Patti Scialfa made an increasingly rare appearance (doing a lot more tambourining than guitaring); drummer Max Weinberg pushed the band like an engine through a three-hour-and-five-minute show, while guitar virtuoso Nils Lofgren (whose presence seems unreasonably minimized with Morello in the mix), bassist Garry Tallent and ivory tickler Roy Bittan did their part to breathe life into Springsteen staples like “Because the Night,” “Badlands” ” (which pretty much does, and definitely should, get played at every show), “Promised Land,” a wonderfully hammed-up “Darlington County,” and “Hungry Heart” — with the crowd taking the first verse (a tradition dating back to 1980) and Springsteen crowd surfing his way across the arena floor (a tradition dating back to 2009).

The core E Streeters — and of course, Springsteen himself — played each of those tunes with the kind of relentless heart and vicious intensity that keeps the songs in the moment and protects them from falling victim to rote nostalgia, like hall of famers should.

And Tuesday night’s was a show of war horses. When it comes to playing deep cuts over hits and opting for spontaneity over polish, Springsteen goes out of his way to make his hardcore followers entitled, but even they know to expect a more standard show this soon into an American run. Only two of Tuesday night’s catalog-spanning 26 songs were sign requests, and both were, by coincidence, chestnuts from the singer’s 1973 debut, Greetings From Asbury Park, N.J. The first, the epic “Lost in the Flood,” was the only true rarity of the night, while the other, “Growing Up” was performed as a birthday request. For the last verse, Springsteen called the birthday boy to the stage, and he turned out to be a man in what looked like his ‘30s or ‘40s. Dude got so caught up in the moment, he stage dove as the song ended. The crowd didn’t catch him, but he appeared to survive nonetheless.

Minutes earlier, Springsteen, devilishly smirking, and seeming as amused by his crowd as they were by him, intro’d “Growing Up” with an off-the-cuff speech about how all rock musicians stand united “in the great faith of self-loathing and self-hatred.” He was only half joking.

“First thing you do, before you write a decent song, before you pick up a guitar, before you play your first gig, you lay in bed at night and dream yourself up,” he said. It wasn’t quite as funny as the story he told earlier in the show, during an elongated intro to “Spirit in the Night” (making for a whopping three Greetings tunes), about how a self-raising toilet seat in an upscale Australian hotel recently reaffirmed his belief in ghosts, but it was every bit as true.

While songs (five in total) from Springsteen’s latest long player, High Hopes, didn’t necessarily dominate the set, they did get some prime placement. Bookending the show was the album’s title track to open, and closing it was a cover of Suicide’s “Dream Baby Dream,” which the singer include on the album.

While, for Boss heads, getting a latest-album-title-track as an opener isn’t as exciting as, say, hearing the opening strains of “Loose Ends” or “Seaside Bar Song” to kick off the show, it surely beats a laughably embarrassing cover of Van Halen’s “Jump,” which opened the tour’s de facto kick-off show at the NCAA Finals festival what-have-you on Sunday. Scary stuff.

“Dream Baby Dream,” on the other hand, was a stellar version of a simply stunning closer. It was pretty much the same pump-organ version that closed standard-issue Devils and Dust Tour shows in 2005, but this time, the Boss singing louder as the organ swelled and smart phone flashlights illuminated one by one across the arena was especially powerful as a postscript to Springsteen’s by tradition house-lights-up crowd-pleaser-party set. Per usual, that yielded regulars like “Born to Run”, “Tenth Avenue Freeze-Out,” “Dancing in the Dark” and, to the dismay of more curmudgeonly die-hards, “Bobby Jean.” But it was a tacked-on cover of Cincinnati hometown heroes The Isley Brothers’ “Shout” that pushed the energy in the packed house to fever pitch.

The now inevitable crowd-pleaser and simultaneous other cringer to purist die-hards, “Waiting on a Sunny Day” and Boss man’s best anthem of late, “Wrecking Ball,” came close to galvanizing, encore-worthy crowd response, though.

For most legacy artists, songs from latter-day albums don’t usually survive past the tour for that album. I wouldn’t count on Tom Petty ever playing “Running Man’s Bible” again (or anybody noticing), and I wouldn’t count on U2 ever playing “Yahweh” again (thank God!). Certainly not every post E Street reunion Springsteen cut is a Maserati (R.I.P. “Outlaw Pete”!), but he still manages to crank out an impressive amount of top-shelf tunes like “Wrecking Ball,” “The Rising” and “Land of Hope and Dreams.” Springsteen sang each of those songs (the latter especially) with palpable passion Tuesday night, which might explain how those songs have become modern hallmarks of an endlessly evolving live show.

High Hopes
Badlands
Death to My Hometown
Night
Hungry Heart
Spirit in the Night
Wrecking Ball
Lost in the Flood
Because the Night
Heaven’s Wall
American Skin (41 Shots)
The Promised Land
Pay Me My Money Down
Darlington County
Shackled and Drawn
Waitin’ on a Sunny Day
The Ghost of Tom Joad
The Rising
Land of Hope and Dreams
Encore:
Growin’ Up
Born to Run
Bobby Jean
Dancing in the Dark
Tenth Avenue Freeze-Out
Shout
Encore 2:
Dream Baby Dream 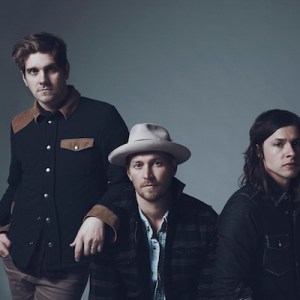 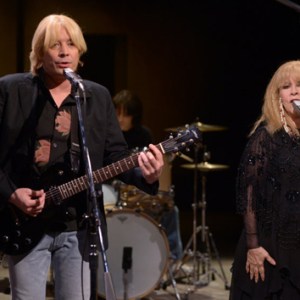