When director Jim Jarmusch met Caleb Landry Jones he was courting the actor for a part in his new zombie movie. Jones was hot off a breakout performance in Jordan Peele’s ‘Get Out’ and Jarmusch thought the young actor would be perfect for what would become his 2019 comedy horror film ‘The Dead Won’t Die’.

But instead of a conversation over dinner, Jarmusch ended up leaving with a collection of music Jones had recorded in his barn. Never one to be out-weirded, Jarmusch found that he actually really liked what he heard and decided to put in a word to his friends at Sacred Bones Records. Jones walked away with the movie role, and the groundwork set for his debut solo LP, The Mother Stone (pre-order here).

Most people don’t share their music during a job interview, but Jones is not like most people. The 30-year-old actor is soft spoken and aloof when we catch up over the phone. He is in his home state of Texas, and despite many of his plans being thrown into chaos over the recent outbreak, he is upbeat and optimistic.

“It’s been raining here the last week, but the last two days have been bright and sunny,” he tells me. “Knock on wood, all good.”

I ask him about the famed Jim Jarmusch story and he laughs earnestly.

“I guess I get funny around the people that have inspired me or whatever,” he tells me with a southern drawl. “I didn’t have very much confidence in myself that I’d be able to hold a conversation containing a whole person.”

So instead during his time off from one of his films, he took to playing piano in his hotel lobby.

“I started writing this theme and I thought ‘that’d be great to play for Jim.’” he says. “And then we’ll talk if he wants to talk at all afterwards.”

His intuition paid off. I get the feeling from talking to him that his intuition is one of his secret weapons. He’s very deliberate with his words, but also loose and unencumbered. I ask him what some of his musical influences are.

“Oh gosh, right now there’s a blue tarp on top of a table and it’s blowing in the wind,” he tells me with a chuckle. “And uh, there’s some sheep outside and they’re baaing a little bit. And you can hear the wind coming through the other side of the barn hitting some plastic. And some politician signs. And you hear the fence. The fence just went ‘clink clink’ cause an old sheet with some old loops at its end, a shower curtain, is hitting against a fence.”

He pauses to laugh again and then tells me he loved Keith Green and The Beatles as a kid. He also really likes Syd Barrett and The Velvet Underground.

“And The Stones of course,” he says. “And then my mom had classical music going on the radio in the kitchen all the time. I still don’t know the names of all the pieces but I could tell you the difference between a march and an aria (laughs). I think I’ve always had an affinity for that. You need some music to soothe you, and some to get the spiders out of your hair, or to follow a mood that you have but you can’t express.”

Strangely all of these influences are tangibly distilled into the grand, psychedelic production that is The Mother Stone. “Flag Day / The Mother Stone,” the album’s first single, is an epic, 7 minute fever dream of slowly morphing musical themes balanced on the tip of a clown’s nose.

His press release reads “This isn’t a concept album, it’s a parade led by multiple unreliable narrators who rail against the universe and profess their love and vacate the stage before we can ask them a question.“

“They’re slightly different creative processes, but in the end it’s a similar process, if not the same process exactly,” he says. “A lot of the work takes place in your head.”

Jones tells me that his busy acting schedule has had an indirect impact on his songwriting.

“It’s taken me longer to get to record a song after I write it cause of, y’know, actin’,” he says. “Before that I was able to write and record instantly at the same time almost.”

Jones was no stranger to music prior to his encounter with Jarmusch. His mother was a singer/songwriter and piano teacher and his grandfather wrote radio jingles. He comes from a long line of fiddle players, though he does not play the fiddle.

“My dad played the Jew’s harp and my mom, she played a piano primarily growing up; so it was always there,” he says. “And if I was alone in the house, it meant if I sat at the piano I could do whatever I wanted as long as I didn’t break it or hurt it or scratch it. I could hide underneath it. I could sleep underneath it. It was a good thing to have.”

Despite the musical upbringing, the piano was a struggle for Jones as a kid. He found it difficult to learn and navigate the confines of music theory.

“It deterred me from playing, or allowing myself to let go in a way,” he says. “And I’d let go in a way by doing my rendition of ‘Mary Had A Little Lamb’ or ‘Twinkle Twinkle Little Star,’ and just change the rhythm. But because I never put in the time I never was good enough to do what I thought instantly.”

At age 16 he started writing and recording music, and he and his friend Robert Hudson formed the band Robert Jones.

“Me and Robert wrote the songs together,” he explains. “Robert would write a guitar line, and I’d put lyrics on it and then it was usually a mixture of ‘okay now let’s go to this kind of thing ‘nananana,’’ and then that wouldn’t go anywhere, and then we’d do something else.”

Hudson and Jones have remained close friends and Hudson played bass on the entirety of The Mother Stone.

“Unfortunately everytime we see each other we’re always working on a record,” he says. “Anytime we get to hang out is a blessing. Anytime I’m doing something I’m always trying to get him involved. But he’s a busy man too, he plays in Lilly Hiatt’s band. That’s been great, but that means some months he can’t come out to Los Angeles.”

Jones wrote all of the lyrics and most of the arrangements on The Mother Stone. He also played drums, rhythm guitars, and keyboards on every track.

“What else — Oh yeah I sang!” he says. “There was a total of like maybe 20 or 21 people that played on the record. From the string section, a few fellows on horn, our tuba player, and a few other guys.”

Jones struggles to name as many musicians as possible, worrying that he’s leaving people out. Robert Levon Been from Black Rebel Motorcycle Club and Danny Blackwell from Night Beats make appearances and Drew Erickson did the horn and string arrangements. Nic Jodoin produced the album.

Instrumentally, there is a lot going on on The Mother Stone, but it never feels too busy or overwhelming. Like a Faulkner novel, Jones’s ideas stretch out and wander freely, while never getting too lost. Jones’s music is in many ways a gateway into how his mind works. He is soft, plainspoken, easygoing, a little mischievous and incredibly earnest. His mind, like his music, jumps from idea to idea but never feels too sporadic or jarring. There is a sense of balance and ease in everything he does.

“Sometimes I realize I sound just like a southern kid that rode the short bus to class,” he says with a laugh. “Everything’s a metaphor. ‘How do you feel?’ ‘Oh about as fine as I did last Tuesday.’ ‘What do you mean by that?’ ‘Well the wind wasn’t so harsh then.’ ‘What the fuck is he talking about?’”

He is already deep into recording his followup to The Mother Stone, and hopes to tour behind it when the planet regains some sense of normality.

In the meantime he’s taking in the Texas air, taking inspiration from windy barn doors, and anticipating the release of The Mother Stone.

“With the help of Nic (Jodoin), together we made something that hopefully we can sleep next to in bed with 50 years from now and go ‘that’s pretty groovy,’” he says.” I feel like there’s two second of a reality or a real truth, whatever this real truth is. Two seconds where I believe it, and then some of it where I don’t and then two more seconds where I do.” 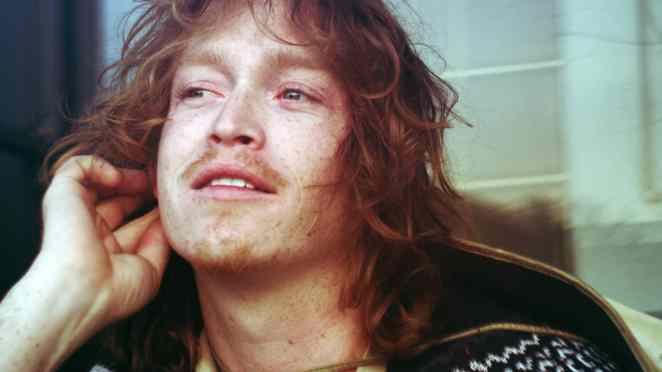 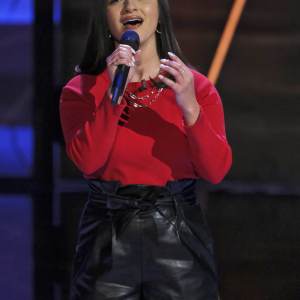 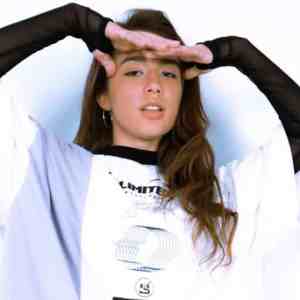