On Monday night the third episode of NBC’s “Songland” named Raquel Castro as the show’s newest winner. Her song “Wrong Places” was chosen to be recorded by the celebrity guest judge, H.E.R..

While new to the world of songwriting, Castro is no stranger to the spotlight. At age 7 she was cast as the daughter in the film “Jersey Girl” starring Jennifer Lopez and Ben Affleck. Then, at age 16 she became a contestant on the first season of “The Voice.” While both opportunities brought success to Castro’s career, they were not without their drawbacks.

“‘Jersey Girl’ was a huge, huge step in my career,” Castro told American Songwriter. “I was 7 years old and I didn’t know what the entertainment industry was. I had been auditioning since I was 4 years old and it was just fun for me. I loved entertaining, I loved putting on a show for people.”

Yet, the life of child stardom began to take its toll on Castro.

“It set my life on a roller coaster because I was so young,” she continued. “It was a huge success for me — I got to go on Ellen DeGeneres’ show, Jay Leno’s show, meet Ryan Seacrest, travel to Japan and London and I was only 8 or 9 years old. That almost took place of what I knew as reality. Once it was over I got a different perspective, I was brought back down to Earth. At such a young age that’s somewhat hard to understand. I don’t like to use the word ‘depression’ lightly, but there are definitely a few depressing moments from my life that shaped who I am today. After that experience, I dealt with a lot of self-esteem issues, uncertainty, confusion and anxiety.”

Castro faced several tough years but began to use music as a vehicle for her expression. As a vocalist, she started working with different producers and writers that she met through her parents. As a songwriter, it wasn’t until after being on “The Voice” that she began to find her… well, voice.

“Being on ‘The Voice’ was the first time in my life that I was surrounded by so many musicians, artists and songwriters,” Castro said. “I had never quite been exposed to that before. After that experience, I went home and started writing a lot. I remember writing my first song — I was sitting up all night until 4 a.m. writing it from start to finish. I woke up the next day and showed my mom and dad and we were all impressed — I didn’t even know I could do that! I never really had the confidence to write songs. It wasn’t until after I was on ‘The Voice’ that I really got it, that I really started to understand the structure of a song and what I want to say in music.”

From there, Castro jumped into the world of songwriting, finding ways to synthesize her experiences, her upbringing and her struggles into one form of expression. Inspired by the music she was exposed to in her childhood, Castro began creating her own sense of artistry.

“I listened to a lot of Frank Sinatra, Tony Bennett and Nat King Cole with my dad, who was a singer-songwriter himself,” Castro said. “We’d go for drives and I’d hear him harmonize over the songs and I would try to harmonize over the songs. Country music is also a huge part of songwriting for me since I’m inspired by stories. Even though I’m not a country artist myself, I want to bring that aspect of it to my music. In pop music, it’s more about the catchy phrase or the catchy beat, and I feel that storylines have lacked a lot. I want to bring stories back.”

While Castro is right that you won’t find her records in the same bin as Grand Ole Opry stars, you will find honest and organic storytelling in her songs. One such example of that is the song which she won “Songland” with: “Wrong Places.”

“I started writing ‘Wrong Places’ last year,” she said. “I was going through a breakup and I needed an escape. I moved to Los Angeles for a bit, but after about five months I started developing this love-hate relationship with it. I love being surrounded by so many creative people, but there’s also this sense of loneliness that comes with being out there. I started thinking about this one line: ‘looking for love in all the wrong places.’ In the situation I was putting myself in, you can fall into a pattern of going out with your friends and having fun and thinking ‘okay, I’m going to find my husband at this next bar.’ I remember waking up each morning thinking that I was trying to find love but that setting just wasn’t where I was going to find it. I was in a vulnerable state and I was lonely. That’s where ‘Wrong Places’ came from, writing down all those things I was feeling.”

Which perfectly encapsulates the sense of therapy that Castro finds in her music. As she’s gained more and more confidence in herself as a writer, she’s been able to channel herself through her songs, sometimes even learning new things about herself.

“I think ‘Wrong Places’ really helped me figure out that I am feeling all these things right now, I am emotional and vulnerable and I want love but now is not the time,” she said. “When I write I start with one line. I try out different melodies over it until I find one that feels right. From there, I just keep telling the story. Obviously you want to bring rhymes into it and make it flow, but it’s almost like I’m just writing in my diary. Any time I write a song I’ll always read the lyrics out loud to see if they make sense to me and if they make me feel something. Music should sound like a conversation because you are having a conversation with yourself or somebody else, you’re showing your perspective on things.”

When Castro played “Wrong Places” in front of H.E.R. and the “Songland” producers — Ester Dean, Shane McAnally and Ryan Tedder — the song was met with a standing ovation, which was a big deal to Castro.

“It was unbelievable, I was shocked,” she said. “Everything that I’ve gone through in my life and career up to this point can definitely affect how you think about yourself, your craft and your confidence in it. I remember walking out of that room and feeling for the first time like I had found my purpose again, like I belonged there. That was a huge stepping stone for me. I haven’t had the same amount of success as some of the other songwriters who have been on the show, which messed with me a bit. The fact that the producers gave me that reaction, I was really in shock. I never expected that reaction from them and I was so grateful that people of that caliber of talent responded like that to a song I wrote in my bedroom.”

While Castro still has her share of struggles, her openness about them is a sign of strength and resilience, further evidenced by the quality of her songcraft. “Wrong Places” is a gorgeous pop tune that could work just as well for an artist like H.E.R. (whose version of it dropped Monday night) as it would for an artist like Frank Sinatra (who sadly will not record a version of it for obvious reasons). It’s honest, it’s sentimental, it’s fun: it’s Raquel Castro. 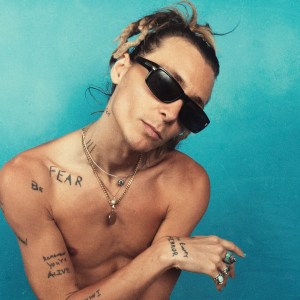 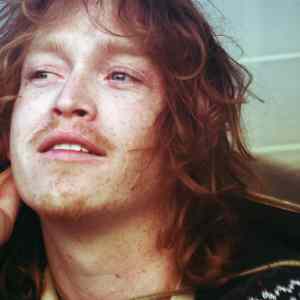