In 1929 Paramount Records released the first 78 record by an unknown Mississippi musician named Charley Patton. On the A side is “Pony Blues,” which reveals him to be a nimble-fingered guitar player and a singer with a low, booming, yet playful voice. “Got a brand new Shetland, already trained,” he winks. “Just get in the saddle, tighten up your reins.”

The B side might be even better. On “Banty Rooster Blues,” he delivers another barnyard metaphor, this one more existential than sexual: “What you want with a rooster, he won’t crow ‘fore day? What you want with a hen, won’t cackle when she lays?” As he poses these rhetorical questions, his fingers dance around the frets of his guitar, slapping at the strings in his signature percussive style. It sounds like he’s using it to sculpt stone, but his playing is incredibly sophisticated, full of intersecting melodic and rhythmic lines that sound like the work of four hands, not two.

The record sold thousands of copies, enough for Paramount to consider it a hit and release many follow-ups, including the epochal “High Water Everywhere” just a few months later. It’s impossible to underestimate the importance of this slab of shellac within the history of American popular music. While it’s not the first blues record (that would be Mamie Smith’s 1920 smash “Crazy Blues”) or even the first acoustic blues record (Blind Lemon Jefferson beat him by a few years), “Pony Blues” launched and defined a genre known as Mississippi Delta Blues, which became wildly popular during the early 1930s.

Throughout most of the 1920s, the blues had largely been an urban phenomenon featuring elegant black women backed by small orchestras: Alberta Hunter, Ethel Waters, Ma Rainey and others. But Patton and Paramount changed the market significantly. Suddenly, the lone bluesman became the vogue, as attention shifted from the city to the country. Paramount all but owned the genre: Before the Great Depression shuttered the company in 1932, the label released hit singles by Tommy Johnson, Ishmon Bracy and Blind Blake, among many, many others.

Whether directly or indirectly, these songs continue to inspire generations of musicians: the British Invasion bands of the 1960s, the blues rockers of the 1970s, the garage acts of the 2000s, and lately a generation of roots guitarists (William Tyler, Daniel Bachman, Ryley Walker) who are renegotiating the guitar’s place in pop music. In 2011 Rev. Peyton’s Big Damn Band recorded a full album of Patton covers, and the Carolina Chocolate Drops’ Rhiannon Giddens covers a Paramount classic, Geechie Wiley’s “Last Kind Word Blues” on her new solo album, Tomorrow Is My Turn.

However, because the label pressed all of Patton’s records so cheaply, only a handful of copies survive, almost all of them in the hands of avid collectors. Even the digitized and remastered versions contain the marks of so many decades, which translate into a fog of hisses and crackles. Even listening to “Pony Blues” on your iPod gives the impression of notes emerging out of the dim past. Such poor sound quality may be an insurmountable obstacle for many listeners, but for others it cannot obscure the music’s liveliness, its sophistication, its intensity, or its invention.

Patton’s is but one of many stories recounted in a pair of recent box sets co-produced by John Fahey’s Revenant Records and Jack White’s Third Man: The Rise & Fall of Paramount Records, Volume One (1917-1932) from 2013 and The Rise & Fall of Paramount Records, Volume Two (1928-1932) from 2014. Together, they span twelve LPs, 1,600 downloadable tracks and some of the best and most important vernacular music from pre-war America. During its 15-year tenure, the label released tens of thousands of 78s – not just rural blues but urban blues, jazz, country, and gospel.

“Paramount was the label that happened to capture most of this music in the greatest depth and variety during this era,” says Dean Blackwood, who co-founded Revenant with John Fahey and co-produced these two box sets with Jack White and Dutch historian Alex van der Tuuk. “They didn’t know a lot about the market, and they had an open-door policy where they would let almost anyone record. Because they weren’t as particular about quality as contemporary labels like Columbia and Gennett were, they let a lot more into the net. There’s a lot of stuff to wade through, but there are also a lot of gems.”

These two Rise and Fall of Paramount box sets reveal the depth and breadth, the subtlety and sophistication of early twentieth-century American pop music, presenting not only the popular names but also the also-rans and never-weres like Rube Lacy and Brother Fullbosom, whose obscurity belies their great talent. They are packaged as monuments: Volume One arrives in a wooden briefcase, its LPs sheathed in a wooden album atop a clothbound history of the label and a reproduction of Paramount’s catalog. Volume Two is housed in an aluminum briefcase, a working replica of a contemporaneous RCA Victor portable phonograph – one of the first of its kind. Both box sets cost in the neighborhood of $400.

“This is really for the people who want to engage with the music on a multi-sensory level,” says Blackwood. “You’re touching the paper, even smelling the glue of the binding. You’re folding out the posters and thumbing through the catalog. There’s no way you could do that if you just had everything digitally.”

If you wanted to buy a record in 1917 – the year Paramount was founded as a subsidiary of the Wisconsin Chair Company – you had to go to a furniture store, which stocked 78s alongside the sturdy, elaborate cabinets that housed the phonographs. The label was formed to manufacture loss leaders, which were sold cheaply or even given away as promotional items. “Back in those days, record players were considered furniture by most people, so records were sold in furniture stores,” explains Andy Hollinden, a senior lecturer in the Music in General Studies program at Indiana University who teaches a course on the history of blues. “The people who ran the stores really had their fingers on the pulse of the market. They knew what people wanted to hear and what they were willing to buy.”

For years, Paramount lost much more money than it earned, as its recordings of ho-hum pop music sold poorly. Out of desperation, the label launched a new series of race records, starting with Alberta Hunter’s “Daddy Blues”/”Don’t Pan Me” in 1922. It was a fortuitous change in direction, as the label not only survived but actually thrived in the changing industry. Part of its success was based on the fact that it worked cheap. Similarly, while most labels required test pressings for new titles, Paramount cut out his extra step between recording and releasing. Not everything the label recorded would ever make it to a furniture store, and not everything that did would be a hit, but there were enough successful singles to turn a profit throughout the Roaring Twenties.

Furthermore, at its numerous plants around the Midwest Paramount manufactured its 78s using a mixture of inferior shellac and ground stone, which did no favors to the music. Says Hollinden, “If you were to compare a Bessie Smith record when she was on Columbia with a Ma Rainey record on Paramount, the Ma Rainey records sound rougher and scratchier. She suffers in comparison – not from a talent standpoint, but form a pure sonics standpoint.”

The upside is that Paramount was perhaps inadvertently recorded and archived a range of musicians from around the country, not only some of the best blues players of the era but also gospel singers, country acts, dance bands, and jazz artists. The downside is that these artifacts have aged poorly, often deteriorating to the point where there are only a handful of copies of any given title. Some titles are lost altogether.

Absolutely crucial in Paramount’s turnaround was J. Mayo Wiliams, whom the label hired in 1924 to sign artists, produce records, and market the music to an African American audience. In the early history of blues, he is a colorful and somewhat controversial figure. A native of Arkansas who graduated from Brown University and played football during the first year of the NFL, he was perhaps most notorious as a bootlegger in Prohibition-era Chicago. So he could ply his artists with booze, the better to co-opt their songwriting credits and siphon portions of their royalties. None of his tactics, of course, were unusual in an industry that often exploited uneducated, often illiterate artists who know more about guitars than contracts.

“Mayo Williams was a strike of lightning from the sky,” says Blackwood. “He was their entrée into black nightlife. Otherwise they would have been complete outsiders. He put Paramount on the map.” Williams recorded seminal tracks by early blues and jazz practitioners like Ma Rainey, Papa Charlie Jackson, Blind Lemon Jefferson, Ida Cox, Jelly Roll Morton and the great New Orleans trumpet player King Oliver. His milieu was the bustling city, so his acts were bred in smoky speakeasies, where popular music was often served with illicit hooch.

In 1927, however, Williams left Paramount to found his own label, the Chicago Recording Company (which has the distinction of releasing the first recording of “Stagger Lee,” one of the most covered songs of the 20th century). Rather than fold, Paramount continued to prosper, shifting its focus away from cities and finding new talent out in the country. More and more the label relied on its network of talent scouts across the country, who funneled local talent up north. “The white people who owned record labels didn’t know a lot about blues music,” says Hollinden. “How is somebody up in Wisconsin going to know Mississippi blues? They needed somebody down there who knew the people. And guys like H.C. Speir played that role for Paramount.” 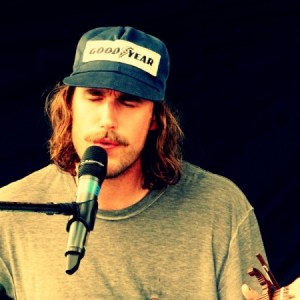 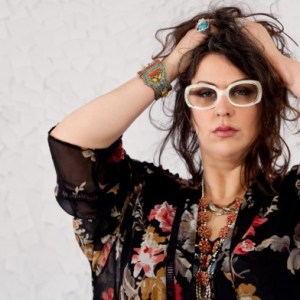