Celeste is in the middle of what she calls a “mad week,” when she talks to American Songwriter. It’s a few days after the British-Jamaican singer-songwriter released her album, Not Your Muse—the crest of a wave she’s been riding over the past year. The album, her first major-label release, will hit the top of the charts. In a few days she’ll be heard singing “Twinkle Twinkle, Little Star” in a Super Bowl commercial for Inspiration4, and earlier in the week, her song from The Trial of the Chicago 7, “Hear My Voice,” is nominated for a Golden Globe.

It’s all part of a momentum that’s been building for the 26-year-old soul singer over the course of 2020 and into 2021. Honors, like the BBC Sound Of 2020 award, BBC Music Introducing’s artist of the year and the Brits rising star accolade, have made Celeste’s name known, along with a vivid impression left after her performance of “Strange” at the BRITS Awards.

Her music has made her of the moment but the sound on Celeste’s album is timeless, thanks to the influences she’s grown up with. Born Celeste Epiphany Waite, in California but raised in Brighton, she found familiarity in music from the ‘40s and ‘50s, and started making music as a teenager, which she would upload to YouTube, catching the attention of her manager. For Not Your Muse, her major release debut, she wanted the chance to show what she could do.”

“From the beginning of the album-making process, I really kept it in my head to stay true to a sound that I always wanted for myself,” she tells American Songwriter. “It was the first real chance I had to demonstrate what that would be and what I wanted it to be in a way where other people could really get to grips with it and understand it. Because I’d already said what my reference points were on everything that I’d wanted to make, but I hadn’t always been given the chance to go in the studio with the right people to actually make that happen.”

Those reference points include Billie Holliday, Ella Fitzgerald and Nina Simone. It helped Celeste to be able to bring the band that she spent 2 years touring Europe with into the studio with her. “I’d really got to know them and trusted their tastes and kind of knew that they were into the same songs that I was into,” she says.

Those songs include ones from the Motown era that Celeste wanted to try emulate in some way. “Where it became a bit more like pop music and soul music, and Marvin Gaye and Aretha Franklin recording in a live room,” she says. “I was always trying to achieve that sound and wondering where I was going wrong or why I wasn’t getting that feeling from it. Then eventually from listening to more of that music, like Al Green, and watching documentaries, I sort of learnt about the process a bit more, so adopted that and adapted it in a way that we could have a sort of modern context.”

Part of that sound comes from keeping slightly rough tinges on the album. “Like the demo vocals and hearing people in the background, anything like that, that we heard on the recording, we just left in there because that’s kind of where you get the warmth and the texture on those old records,” she says. “They couldn’t clean them up too much, back then, and I think now because we can, we tend to strip everything and make it super-clean and, and that’s not really the kind of thing that I’m into.”

Celeste spent much of the early part of the pandemic, when she had been scheduled to tour, with her computer open, playing music on loop. “When I eventually got to go back into the studio in September, I had such key reference points in singers and their production and their phrasing, and what they stood for, as well,” she says. “I really had time to kind of delve into that, whereas I hadn’t maybe had that time for quite a few years, to really let it sink in what it means and how it feels, that kind of thing.”

Over the past year, she’s also collaborated with DJ Black Coffee on the house single, “Ready for You” and Jon Batiste on “It’s All Right” for the animated film Soul. But it’s her track with Daniel Pemberton in The Trial of the Chicago 7 that has earned awards buzz. “Hear My Voice” plays over the end of the film which re-creates the courtroom drama involving a handful of men who were detained for protesting at the 1968 Democratic National Convention.

“It felt really important that this song would be in the spirit of protest,” says Celeste. “So that was the initial idea—for it to at least have that sort of gumption to it and carry that kind of feeling with it, with the words and the melody and how it builds from start to finish. That’s something that’s quite synonymous in protests, when large crowds gather, it can start off like a small sort of rumbling and it can be very small and peaceful. That was something that we kind of tried to mirror in the composition of the piece of music.”

Celeste and Pemberton finished the song during the Black Lives Matter protests last year and over the course of that time the music began to take on a new shape and form. “Especially for me, and the way that it existed in my mind,” says Celeste. She sang it for a goosebump- inducing online performance at Union Chapel in London, which has a history of embracing people from all religions.

“Hear My Voice” is the second-last track on the album, before the final number, “I’m Here,” in which Celeste sings the line, You’re keeping your eyes on me. She may be referring to a special someone in the lyrics, but they also could very well apply to anyone who’s following closely to see what comes next for Celeste. 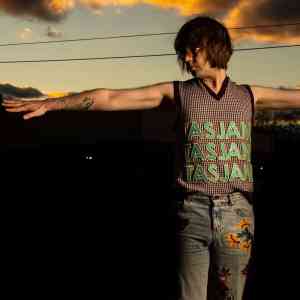 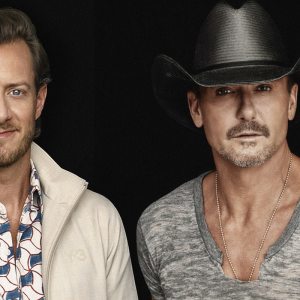