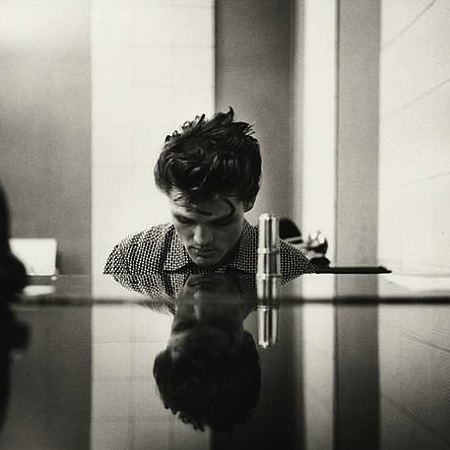 The West Coast jazz trumpeter Chet Baker took an obscure show tune about a boy named Val from the 1930s musical comedy Babes In Arms and turned it into an enduring and haunting jazz classic.

“My Funny Valentine” was written by the songwriting team of Richard Rodgers and Lorenz Hart and premiered in Babes In Arms on April 14, 1937, at New York’s Shubert Theatre. The two-act play centers around a group of teenagers who form a theater troupe led by a boy named Valentine White. In the musical, Val’s young admirer named Susie Ward sings the song to him.

The collaboration of Rodgers (music) and Hart (lyrics) left an enduring legacy of songs (“The Lady Is A Tramp,” “Bewitched, Bothered, and Bewildered”). In 1956, Ella Fitzgerald paid her respect to their talents when she tackled their songbook in a Verve 2X LP set. However, their partnership is sometimes overshadowed by the success Rodgers achieved with his second lyricist, Oscar Hammerstein. By 1943, Hart was on the descent, and Hammerstein the ascent, when the new team scored a hit with Oklahoma!

Hart seems like a perfect foil to Baker. In a PBS biography, excerpted from the Dictionary of American Biography, Hughston Mooney provides a harrowing description of the songwriter. “Hart was perhaps even more than Cole Porter the expressive bard of the urban generation which matured during the interwar years 1919-41. Much of his work — slick, breezy, and yet mordant, even morbid — reflects their tart disillusion … he was a restless world traveler and, especially after his mother’s death, an alcoholic who disappeared for weeks on end to escape a life periodically unbearable.” Hart died of alcoholism and pneumonia in 1943.

Baker, born to a musician father and doting mother in Yale, Oklahoma, in 1929, was preternaturally gifted at music. As a young man, he arrived in Los Angeles ripe for the lyrical, laid-back but also highly organized West Coast cool jazz sound that he would come to symbolize for many listeners.

After a run as Charlie Parker’s trumpeter in the Quintet during the bebop giant’s stay in L.A., Baker joined the Gerry Mulligan Quartet – famous for its eschewing of the piano, entirely, as well as Mulligan and Baker’s simpatico styles. In 1952, the quartet cut four sides for the Fantasy label (high off the recent success of Dave Brubeck), recorded live at San Francisco’s Blackhawk club. Along with two Mulligan originals, bassist Carson Smith suggested a ballad called “My Funny Valentine,” which no one in the group had ever heard before.

In James Gavin’s biography, Deep in a Dream: The Long Night of Chet Baker, the author discusses the song’s influence on the trumpeter.

“The song fascinated Baker. It captured all he aspired to as a musician … ‘Valentine’ became his favorite song; rarely would he do a show without it, or fail to find something new in its thirty-five bars.”

The instrumental version of the song clearly resonated with Baker (the quartet recorded it again for Pacific Jazz in 1953), but not long after the Quartet versions, he decided to do a vocal album and cut “My Funny Valentine” for Chet Baker Sings (1954).

This first of many vocal versions of “My Funny Valentine” is a premonition of the pain to come in his heroin-addicted future—singing almost as if he was already on his deathbed. Though the singer addresses another person, it’s almost as if he’s singing to himself, about himself: lines like “my favorite work of art” and “your looks are … unphotographable” hint at the narcissism and selfishness that would come to dominate his life.

Following Baker’s versions of “My Funny Valentine,” a who’s who of jazz and pop luminaries have covered the tune—Sinatra, Ella, Miles, The Supremes, and many others.

In 1988, Baker was in Amsterdam for a performance. He scored drugs and checked into his hotel, but while sitting at the window to get some fresh air, Baker slipped—some say, perhaps decided he could fly—and fell to his death.

In James’ biography, Emie Amemiya, the executive producer of the Baker documentary Let’s Get Lost, says, “Chettie was so gifted and so magical that what he gave out he could never, ever get back.”

My funny Valentine, sweet comic Valentine
You make me smile with my heart
Your looks are laughable, unphotographable
Yet, you’re my favorite work of art

Is your figure less than Greek?
Is your mouth a little weak?
When you open it to speak
Are you smart?

But don’t change your hair for me
Not if you care for me
Stay little Valentine, stay!
Each day is Valentines day