What is the mission of TuneSat, and when was the service launched?

For the past 75 years, the tracking and reporting of music usage has been a tedious manual process.  This manual process gives way to major inefficiencies and discrepancies between how much music is used in media versus what is actually reported.  TuneSat conducted several multi-year case studies proving that as much as 80% of music performed on TV is either missed or underreported, resulting in a major misallocation of performance royalties to rights holders.  For the first time ever, TuneSat empowers the rights holders (composers, publishers and labels) to take control and track the actual broadcast of their music.  Using TuneSat also uncovers rampant copyright violations and infringements.  The majority of TuneSat subscribers find violations and infringements within the first month of their subscription, and in many cases the settlements they receive are far greater than what they would pay in subscription fees for years to come.

The mission of TuneSat is to provide full accountability and transparency for the performance of music on the behalf of all rights holders.  The key to TuneSat’s success is its proprietary technology and the ability to detect music in a “dirty audio” broadcast environment.  When music is mixed or buried under voice over, sound effects, ambient noise, etc, even when imperceptible to the listener, TuneSat will detect the music, providing full-play detection duration and a downloadable mp3 recording of the captured detection.  The TuneSat beta service was launched in April 2008 for first tiered subscribers.  Our subscription service has been available to all rights holders in the US since the beginning of 2009 and internationally since October 2009.

Currently we monitor 110 national network TV broadcasters in the US and 55 TV channels in the UK, Germany, France and Italy.

What is your role at TuneSat?

How is the awareness factor among artists about the site?

Good and Growing.  TuneSat is currently more well-known to publishers as they represent a much smaller and readily accessible community in the music industry.  Our goal over the next year is to reach out and create awareness with artists and composers as they too will benefit greatly from the ability to track their music in real time.  Whether you are an accomplished artist or an independent composer/producer, TuneSat can generate results wherever you have made your music available for placements on TV.

How does a writer or publisher get hooked up with TuneSat, and what is the cost involved?

TuneSat offers a monthly subscription service.  The cost of TuneSat’s services is based upon the number of songs our clients provide us with.  It can be as little as $50 per month for up to 100 titles.  Becoming a member is as simple as signing up and sending us your music for fingerprinting.  We can be contacted through our website at www.tunesat.com or www.wearelistening.com.

How does the compensation process work for artists, vis-à-vis TuneSat?

Rights holders use their TuneSat data reports to administer their licenses and performance royalties.  For the performance royalties the data can be used in a couple of different ways.  We tell our subscribers to be proactive with their data and submit detection reports to their licensees to ensure accurate reporting.  As a composer myself, I send detection reports to the broadcasters and production companies that air my music.  This results in more accurate reporting and subsequent royalty distributions.  This process works retroactively as well.  Our clients compare their TuneSat data to the royalty distributions they receive and identify the music performances that were not properly reported on the royalty statements.  They then use this data to their advantage by having their licensees revise or create the cue sheet reports to reflect the data in a subsequent distribution.

Is there anything that TuneSat misses, from a detection standpoint?

TuneSat needs a minimum of 3 seconds of audio to identify a music performance.

Can you explain the difference between “watermarking” and “fingerprinting” technologies, and how that applies to TuneSat?

Watermarking requires a unique identifier to be embedded into the master recording.  Versions of the master recording that do not contain this watermark will never be detected.  Essentially, it is a going forward solution and a cumbersome one at that, as it requires this embedding process at some point in the production chain.

Fingerprinting is a passive technology.  It does not embed anything into the audio or master recording.  It merely analyzes a master recording for its “unique DNA” (fingerprint) and uses that information to create a fingerprint.

We could fingerprint the “I Love Lucy” theme today and detect all of the performances going forward.  You can’t do that with watermarking.

How big a role do you see TuneSat playing in the industry, say, five years from now?

Our goal for TuneSat is to set the standard for accountability and transparency for all rights holders with regards to music tracking, reporting, and distribution globally. 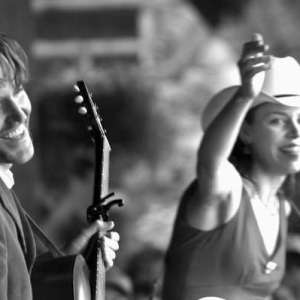