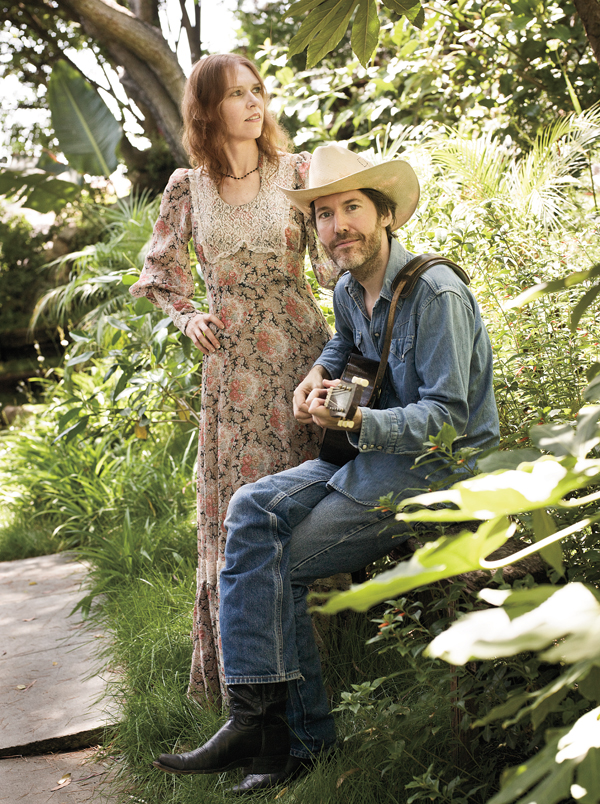 There’s a jaunty folk-blues story-song that Gillian Welch and Dave Rawlings didn’t write called “Monkey and the Engineer”; they get a real kick out of Rawlings singing it. “The monkey watched that engineer drive the train for a long time,” he summarizes, obviously amused.

“Then the engineer went to get a sandwich and the monkey said, ‘I can drive that train,’” she adds, finding it funny, too. Congenial as it is, their wry humor hasn’t been prominently featured on past recordings.

Welch and Rawlings have a thing they’re known for, a thing they’ve done for more than a decade with such singular commitment, chemistry and finesse that critics invoke them as measuring rods, their fans display particularly unwavering devotion and—perhaps, most tellingly—other singers and songwriters, unknown and well-known alike, covet their songs and their sound. And that thing is an arresting, modern distillation of an old-time spirit; music of quiet intensity and austere beauty, guitar-vocal duets that are often minor-key and never hurried, carried by Welch’s straight-and-true singing, Rawlings’ nimble guitar runs and their near-familial harmonizing.

For a while, they averaged a new Gillian Welch album every couple years, making something a little different out of their generations-old inspirations on each one. By Soul Journey, the fourth and final release in an eight-year stretch, they were slipping Neil Young-ish country-rock into the mix. But that’s the last we’d heard from them—recorded, anyhow—for six years.

A bit longer, it seems, than they would’ve liked. Welch and Rawlings have been working up new material. But the album that’s ending the break isn’t a Gillian Welch one at all (they promise that’s in the works, though), but the debut album by the Dave Rawlings Machine, aptly titled A Friend of a Friend. The personnel’s the same, but the roles aren’t. Welch isn’t the lead singer here, which, by process of elimination, means Rawlings is—the lead singer and the monkey character. That’s the joke, of course.

Even if Rawlings has been seen as a highly involved sideman—co-writing, soloing on his small, mid-‘30s archtop, harmonizing and producing—the fact that he and Welch have always called themselves a two-person band named “Gillian Welch” left the door open for a serious side project. Say, another band.

Having Rawlings as frontman is just about as new to them as it is to everybody else. They’re still exploring what role-swapping actually means. Clearly, it changes things. Rawlings—more or less an honorary member of Old Crow Medicine Show—likes having their rollicking string-band energy behind him some of the time, prefers framing his voice with layers you’d never find on a Gillian Welch album (muted horn and an eight-piece string section, for instance), has a playful vocal delivery, and mingles covers with new, original material, as well as songs he co-wrote that Ryan Adams and Old Crow previously recorded. Which is to say, this other band’s album is a reminder that Welch and Rawlings are two distinct, yet uncannily matched voices. And they enjoy many approaches to music-making. 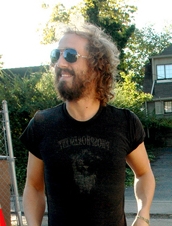