Reflecting back to an earlier time is nothing new for Chuck Prophet. From paying tribute to clubs he frequented in his formative years on 2012’s Temple Beautiful to ruminating about Bobby Fuller, Jesus, Alan Vega and even actress Connie Britton on his previous album, the veteran singing songwriter typically cocks his askew gaze and organic rockers on some of history’s more offbeat stories and people.

That continues right down to the title on Prophet’s first album in three years. This time he explores his childhood during the Nixon administration (“Nixonland”), the hopelessness of the Great Depression’s dance marathons (“Marathon”), the New York Dolls (“High as Johnny Thunders” with lyrics that give this disc its title) and even John the Baptist (“Fast Kid”) on a typically unpredictable, thematically diverse set.

But while there are a few upbeat tracks like the opening Tom Petty/Flamin’ Groovies-styled mid-tempo strummer “Best Shirt On” and the muscular riff of “Fast Kid” (with cool electric sitar coloring), Prophet predominantly sticks to ballads. That’s a big change, not just for his studio recordings but for anyone who has experienced one of the many sweat soaked, high energy gigs with his longtime Mission Express musicians. Prophet has never shied away from slower songs; his hit “You Did” was a ballad. But there is a clear change in direction to keep this collection far more reserved than most others in his extensive catalog.

That doesn’t affect his clever wordplay; it might enhance it. Lines like “If Joan of Arc just took her meds/She’d be a movie star.” Or in “Womankind,” his tribute to women, “Man made this, and man made that/He made the parking lot/He made the pork pie hat” are classic Prophet. The less aggressive music that accompanies them spotlights his voice and dry wit.

This being Prophet, even his love songs cut with a clever knife.  Take the sweet, somewhat twisted “Love Doesn’t Come From a Barrel of a Gun” where he sings “You can come around any time you want/We can go to bed or to a restaurant.” But he gets serious too, mostly, on the acoustic “Meet Me at the Roundabout,” the softest, most tender melody on the set which also includes “You took me to a Catholic priest/And I took you to a whore/You took the breath right out of me/Against your kitchen door.”

Prophet saves “Get off the Stage,” his political diatribe against Trump, for last. Here he tears into the president with “You got no heart at all/Except for your Russian pal/You’re an obstruction in democracy’s bowel,” without mentioning his name.  And those aren’t even the most potent words in a song enlivened with a catchy, singalong melody.

Prophet’s idiosyncratic voice has always been expressive and distinctive, but the low key instrumentation brings his vocal strengths to the foreground. Surely a few more rockers would have energized the proceedings, yet The Land That Time Forgot shows how Prophet, who has performed shows with only a string section backing, can dampen his iconic rocking and remain just as effective. 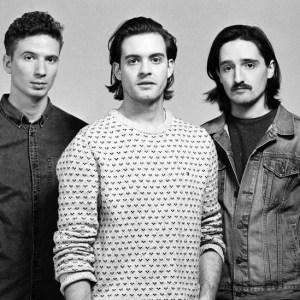 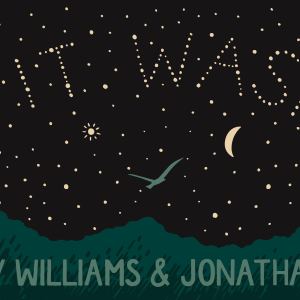