Grammy and Tony-winning singer-songwriter Duncan Sheik apologizes for being late for this interview – but he has a good excuse: he’s watching his young daughter, who is supposed to be napping, but she has recently figured out how to climb up onto the railing of her crib and launch herself down to the floor. “It’s about a four foot drop,” he says, “so that’s not good at all.” Ensuring she isn’t making another break for freedom has delayed this call to discuss his new single, “Circling,” premiering here at American Songwriter on November 5.

Now that he’s sure that his daughter really is settled, Sheik is happy to discuss how he wrote the haunting, solemn “Circling,” which is off his upcoming new album, Live at the Cafe Carlyle (out December 4). He says inspiration first struck when he was touring Europe in 2009, opening for Suzanne Vega.

“We were in Vienna, playing in a really beautiful venue there. I think it was an opera house of some kind,” he says. In his dressing room, he found a piano with a soft pedal, and that dampened instrument resonated with him: “It was really, really cool and spooky and great sounding.” By the time he went onstage, he had a motif mapped out, but it took him a while to get all the parts properly finished. “I was messing around with it for three or four years before it coalesced into a natural song.”

The original version of “Circling” appeared on Sheik’s most recent studio album, 2015’s Legerdemain. He recalls how he created the track: “It’s basically a tape echo machine where I’m doing maybe a dozen long takes across the whole track and then going in and editing.” This was done with each part – piano, percussion, synth and organ. “And then what’s left is this strange harmonic content that fits with the song, but you never would have come up with it if you were sitting at a piano or a guitar,” he says, “so there’s a chance element to it that’s quite cool.”

The finished song, Sheik says, “is this interesting set of colors that landed together. I enjoy singing it because I can be very, very intimate in the verses and then the chorus allows for a little bit of heightened emotion.”

The version of “Circling” on Live at the Cafe Carlyle is more stripped down but equally affecting. Sheik says he started thinking about releasing live recordings back in 2017, when he did a string of shows at New York City’s celebrated Café Carlyle. “I recorded these shows thinking that they might possibly be a live album because I’ve never done such a thing, and it’s not that often that you play five shows in a row at the same venue, so I thought it was a good opportunity to document it,” he says.

But after those shows were done, Sheik says, the recordings “just sat there for a while. I knew there was pretty good performances in there. I just didn’t feel the need to put it out.” Once the pandemic happened, however, “It was like, ‘Well, this seems like an interesting opportunity for people that care to hear something in a live-esque context.’”

Now that the tracks are finally being released, Sheik says it feels like a turning point for him. “I guess you could say that Legerdemain, my last record, was maybe a harbinger of things to come, but not really fully quite realized in the sense that it was neither fish nor fowl as a cohesive record,” he says. “I think I’m getting to something that’s new and exciting for me that’s sort of a new aesthetic or a new approach, and so I don’t want to jinx it, but I think that this [live album] is like putting a little period on part of my career, and now I start the next part.”

Sheik’s work has already been rather differentiated, by his own reckoning: “I think there’s obviously two main threads to my songwriting so far, the first one being myself as an artist writing arty pop songs for Duncan Sheik albums,” he says, “and then the second aspect being writing a lot of music for theater, some of which I’m writing lyrics for but most of which I’m working with a lyricist and collaborator.”

When writing for his own albums – which includes eight studio albums since his 1996 self-titled debut – Sheik says that his usual approach is to “come up with a cool chord progression, maybe using an alternative tuning on the guitar or sitting down at the piano. Then that implies some sort of melody, some sort of sonic palette that might get worked up in some way.

“When I’m writing my own material, I’m always writing music first and lyrics are grafted onto that,” Sheik continues. “If the song serves as a mood, then the theme kind of emerges from that. Hopefully the music is evocative and mysterious enough that it brings something out in me that I wouldn’t have just sat down and written with a blank page.”

Those lyrics, when they come, often end up “having a ‘Dear Diary’ quality to it – it’s just some version of autobiography, or maybe you could say auto-fiction,” Sheik says. “You’re still hewing very close to your own experience in order to write something that’s authentic.”

Sheik contrasts that method with the way he typically writes for theater (he has composed for nine productions so far). For this work, he says he will usually write with other lyricists. “All bets are off in terms of it being remotely autobiographical,” he says. “There’s these other characters and this other persona. Of course you’re always drawing from your own experience to some extent, but it’s a very, very different thing where you’re telling a story or using the voice of another person, whether that’s a character or another writer. So that’s a whole other kind of process.”

Sheik points to Spring Awakening as a good example of this part of his career. “Spring Awakening is this strange amalgam of folk music and rock music and electronic music and 20th century classical music,” he says. It is a rock musical, though the story is set in Germany during the 19th century – though this unusual premise didn’t stop it from winning numerous Tony Awards during its Broadway run in 2007, including the “Best Musical” category. Sheik himself won two Tonys for his music. The original cast album won a Grammy award in 2008.

Sheik says he began exploring more complex music at a very early age, when he became fascinated with prog rock artists. At twelve years old, he was listening to bands such as Yes, King Crimson and Genesis. “I was always wanting to figure out how these guys did that stuff, both from a playing standpoint and a recording standpoint, so I was into the gear and the technology really early on. I was enjoying the process of figuring out how these cool sounds were made and making my own bastardized version of them – and then that turned into my own [sound].”

Beyond enjoying music in itself, Sheik says, “There was a bit of a cathartic aspect to making music for me. My parents were never really together, and I went to boarding school in New England when I was twelve years old. I guess in a way, music was my way of soothing myself, or healing myself. Music was a really good way of responding to those emotions or those feelings in a way that might be sort of sad or resigned, but it’s still beautiful and still feels good.”

Sheik went on to attend Brown University, where he continued his musical pursuits. “By the time I graduated I had maybe a short album’s worth of things that sounded pretty good,” he says. “That was the set of material where I got my first record deal and my first real publishing deal soon after I graduated.”

After moving to Los Angeles, Sheik released his self-titled debut album in 1996, and it soon achieved gold sales status thanks to hit singles like “Barely Breathing” and “She Runs Away.” But Sheik recalls that this time wasn’t as happy for him as might be expected, given that success.

“There was an aspect of me looking a gift horse in the mouth,” Sheik says of his debut album. This was because, he says, “I knew that I was being put in this very Top 40 context, and I was rebelling against that. I wanted people to understand my alternative bonafides, that I was somebody who listened to Depeche Mode and The Smiths and Psychedelic Furs. I wasn’t somebody who listened to Top 40 music, really. But it didn’t matter. The culture is going to do with you what it will. So that began this long process of me trying to reclaim my good name.” He laughs and adds, “It’s sort of silly when I look back on it now.”

Now, though, Sheik says he’s happy with where his career – and his life – have ended up now. Since 1996, he has lived in New York, which is the ideal place for someone so in demand for his compositions for theater. He says that he’s still feeling creative and inspired, even during these turbulent times.

“I can’t say I’ve been enjoying the pandemic, but I’ve been enjoying an aspect of it: I don’t have any theater deadlines,” Sheik says. “Nobody knows when any theater is going to open up again, so I’ve been able to really create things without any sort of expectation of where it needs to land or what it needs to be, whether it’s a song for me, a song for theater, or an arty music experiment. And that’s been really good. I’ve come up with a lot of raw material that will eventually actually become songs.”

Another silver lining of the current COVID-19 restrictions, Sheik says, is that he’s been able to spend a lot of time with his family. This reminds him to check the baby monitor to see if his daughter is still in her crib. “She’s still jumping around in there,” he says with a sigh. “This is really a problem. But at least she hasn’t vaulted over the railing yet, so that’s something.” He says goodbye to go and check more closely on her – and then, undoubtedly, he’ll go back to creating more evocative and exploratory music. 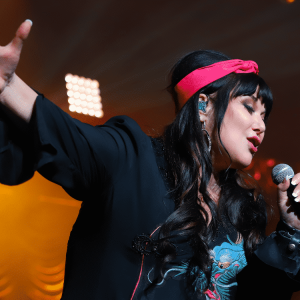 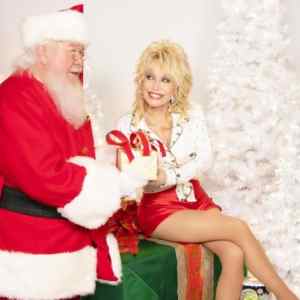