On June 25, Clayton Anderson dropped his feel-good anthem of the season, “Only Us.” With the masterful hand of Grammy-winning producer Dave Audé, Anderson records a reel of fleeting summer love—reminiscent of his younger days out on the lake.

The song lands amidst his second season of an unexpected style of live performance. When Anderson got word about the potential severity of the incoming COVID-19 pandemic in March 2020, the country artist was not willing to run the risk of being cooped up in his tiny Nashville apartment. So he packed his bags and headed home to Indiana.

After spending significant marketing dollars on an anticipated single release, they decided to pause the campaign at the same time shows were being canceled. Taking the “gut-punch” in stride, Anderson pivoted. First, he leaned into livestreams throughout the spring to engage with his audience. When the weather warmed up, he had a different idea.

“I grew up 15 minutes from the largest lake in Indiana, which is not saying a lot. It’s not real big, but I grew up playing out there,” Anderson tells American Songwriter. “So when it got nice out, we thought ‘What’s safer than just playing out on the lake? ‘ The people are usually super chill, and I figured, that if people wanted to come out, you can stay away from people, not risk getting sick or being too close together.”

He adds, “And it was kind of like a homecoming. Like ‘Oh, man, I’m back where I started.”

What started as a few dock concerts and boat shows in his home state, grew until he was getting calls from all over the Midwest wanting them to come. With overwhelming support and corporate sponsors, Anderson and his team were able to fill their calendar with outdoor dates. This year, Anderson kept some of that intact with Clayton’s Lake Tour, as well as traditional venues, with more dates being added this fall.

At home, the artist wrote throughout the pandemic. The process, he says, “was a great outlet.” With pride, he describes what made this work some of the best songs of his career, thus far. “I’m not that 20-year-old kid anymore, so life perspective changes a bit. I’m a lot deeper than I used to be,” says Anderson. “I’m a happy-go-lucky kind of guy and don’t like taking myself too seriously. But, as I’ve gotten older, I’ve been able to tap into deeper song content, and able to be a little more honest with myself, which is always tough.”

Anderson is excited to share the product of his pandemic writing early next year, but when the artist first heard the demo for “Only Us,” he knew he couldn’t wait until then. Instantly drawn in by the simple, acoustic guitar hook.

“When I hear a great demo, I get attached to it,” says Anderson. “And then when you go in and try to produce the track, it’s hard. I’ve always wanted to stay true to that demo as much as possible. Sometimes I think the demo is better than the record. When the record comes out, I’m like, ‘Wow, they lost the magic.’”

Anderson was diligent in adhering to the original rendering out of respect for the writers and the memories that song conjured up for him upon first listen. The nostalgic lyrics brought him back in time to junior high school.

“It’s the days when mom would drop you off at the county fair, and you’re flirting with girls or trying to get them to hold your hand on the Scrambler or the Gravitron,” Anderson explains. “Then you get a little older and go out to the lake, and sneak off for a kiss somewhere. There’s something pure and innocent about young summer love. And this song really hit home.”

Though Anderson did not come up with this concept, the song rang true when told through the artist’s voice. He is a profound songwriter himself, but Anderson feels his artistry expands beyond that—also reflecting in his interpretation of others’ songs.

“To me, songwriting is what makes Nashville so cool. When friends come to town, I want to take them to a writers’ night, not downtown to Broadway to listen to all the cover songs I want. I want them to see what this town was built on,” says the artist. “To hear a song that you relate to that you say, ‘Man, I wish I wrote that song—which is how I feel about ‘Only Us’ —is a powerful thing. And it’s great to give back to songwriters.”

Acknowledging the intricacies of the business, Anderson admits it’s hard to land outside cuts as a songwriter. As a writer himself, he takes pride in bringing this song to a new light on behalf of Smith, Jannakos, and Mills.

He adds, “I think it’s a cool nod as an artist, just take the best song possible because you can’t out-write Nashville.”

Listen to “Only Us,” here. Check out Clayton Anderson’s upcoming tour dates, here. 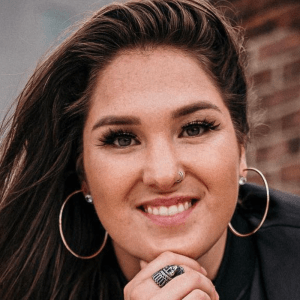 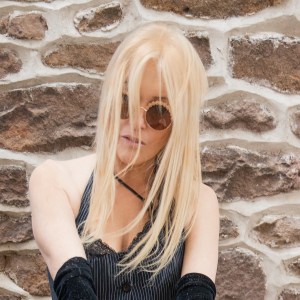