On Wednesday, July 14, Braison Cyrus released a new single, “Disappear” ahead of his forthcoming debut full-length album. The singer/songwriter wrote the track over a decade ago before he knew he wanted to pursue a career in music.

In a similar vein to his influences at the time (2010)—a mix of Father John Misty and My Morning Jacket—Cyrus mimicked melodies, mumbling sounds alongside his guitar, eventually turning the mutterings into lyrics.

“When I found the demo on my old laptop it made me realize that I haven’t changed all that much,” Cyrus shares with American Songwriter. “I still like twangy guitars and a ton of reverb on my vocals.”

A decade of perspective, reacquainting with his 16-year-old self as part of his debut album, due later this year, brings his artistry full circle. Though he still relates to the person who wrote “Disappear,” Cyrus considers both a personal and musical evolution in the years since.

“I think comparatively to my other songs it shows more of an outside influence from other artists,” says Cyrus. “I wrote it by myself at a time when I didn’t have the band I have today and was struggling to separate myself from other people.”

Born into a broadly musical family, Cyrus began to carve out a unique sonic space for himself from a young age. Unlike his father Billy Ray Cyrus’ country music legacy, and his sisters’ (Miley and Noah Cyrus) pop-driven artistry, Cyrus immersed himself into a dynamic folk-rock soundscape.

“I’m still a big fan of all of the same stuff—My Morning Jacket, Band of Horses, Fleet Foxes. But I wouldn’t say that they are influential to me anymore,” says Cyrus. Now, he derives inspiration from collaborating with peers and his bandmates, Blair and Grant Winters.

The single release comes after a major milestone for the Cyrus family. Last month, the artist and his wife, Stella, welcomed their son, Bear into the world.

Cyrus’ music forward songwriting approach allows room for listener interpretation within the mournful melodies. But his artistry expands beyond the bounds of the sorrow-tinged singer-songwriter suite. Throughout the last year, Cyrus dropped three singles that each exhibit a different face of his musicianship. “Across The Great Plains” and “Heart Is Gold” employ dynamic production techniques and harmonic layering, while still tethered to the pillars of folk tradition. But, “Glass Between Us,” pushes the bounds of his previous work, exploring pop elements and experimental synths.

Last fall, Cyrus released a rendition of Woody Guthrie’s “This Land Is Your Land,” for the Patagonia documentary, Public Trust: The Fight For America’s Public Lands.

“Disappear” turns back the dial on his 2020 exhibition, revealing a steadfastness in his journey. With an inherited twang, Cyrus compares the new release to his debut single, “I’ll Never Leave You.” The 2018 track, he says, is “another song that I wrote in a vacuum when I was younger and didn’t take as much input. I could see ‘Disappear’ taking the role of that song on this record.” 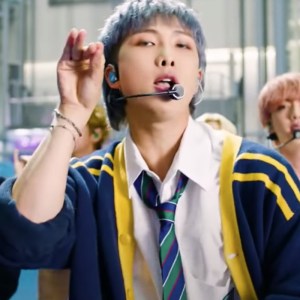 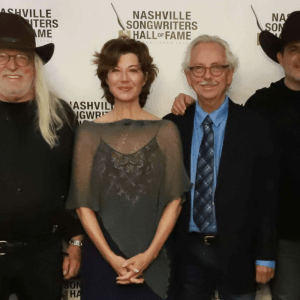