Speaking on the phone from his home in Wimberly Texas, located in the heart of the state’s sprawling Hill Country realms, Ray Wylie Hubbard sounds as relaxed and reassured as one might hope for in the midst of an unprecedented pandemic. Then again, he has reason to feel content, at least to a limited extent. His new album, Co-Starring, features contributions from a broad array of friends and admirers — Ringo Starr, Aaron Lee Tashjan, Elizabeth Cook, Ashley McBryde, Larkin Poe, Chris Robinson, Don Was, and Joe Walsh, among the many.  It also marks his first offering since signing with Big Machine Records, a label with some heavy credentials of its own.

For Hubbard, it’s further affirmation garnered from a career that spans nearly 45 years. Yet despite his rowdy reputation — his song “Up Against the Wall, Redneck Mother” first brought him notoriety when Jerry Jeff Walker recorded it in the ‘70s and morphed it into an anthem of sorts — he still remains well below the radar as far as the general public is concerned. Even so, he’s well regarded, given that he ranks alongside other singers and songwriters that personify that noble Texas tradition — Walker, Willie Nelson, Guy Clark, Townes Van Zandt, and Michael Martin Murphy (with whom he happened to attend high school), among the many. Like them, he boasts an unrepentant and irascible image, one fueled by the grit and determination that seems to be imbued in those fertile hill country environs.

His 18th album to date, Co-Starring is as an auspicious offering as ever, and in some cases, a reflection of a darker demeanor. But given the fact that it’s his first major label offering in decades, it stands a good chance of capturing the wider success that’s eluded him for so long. For the most part, his music’s gained visibility through the efforts of others with whom he’s appeared — Blackberry Smoke, the Georgia Satellites and Black Stone Cherry, among them. Nevertheless, his oft-covered singular standard, “Snake Farm,” remains a staple of his shows, and a consistent fan favorite as well.

Hubbard grew up in Oak Cliff Texas, a suburb of Dallas, following his family’s relocation from Oklahoma at the age of eight. “Growing up there was okay,” Hubbard recalls of his early years.

Once he was older, he’d venture to Oklahoma during the summer and perform with a local folk group. In the mid ‘70s, his career slowly began taking off, but not without its setbacks. His first album, Ray Wylie Hubbard and the Cowboy Twinkies, was released in 1976 on Warner Bros. Records, although the label’s subsequent insistence on overdubs and other audio enhancements met with his disproval. He continued to record for a series of small independent labels, finding mixed rewards but a growing fan following at the same time. These days, heretics a somewhat legendary stature, based as much on his reputation as on his ongoing releases.

At this particular moment, Hubbard is lamenting the fact that he can’t get out and work his new record on the road. “We’re just holed up for awhile,” he says. “We’re just playing it safe. I don’t have anything going on. We’re just hanging out here and then we’ll see what happens.”

Still, he can console himself with the fact that he’s releasing what may well be the most stellar album of his career. Given the aforementioned line-up, it’s certain to bring him the higher profile that’s eluded him for so long.

“I’ve known Ringo for five or six years,” he reflects. “We met out in California real briefly. A buddy was telling me, ‘Ringo’s talking about you on his website.’ So I went to his website and Ringo had mentioned that he was listening to this mix tape and it included my song ‘Snake Farm.’ Then two or three months later, I was playing in Santa Monica and this fellow came to my show on Friday night and saying how he burned that copy of ‘Snake Farm’ for Ringo. So that’s when I learned how he had got it. He said, ‘Ringo’s playing the Greek Theater tomorrow night and he wants to meet you.’ So me and my drummer Rick Richards went out there and he was really nice. He said he kind of liked the fact that I don’t travel with a bass player, but I do with a drummer. So he invited me to come out and sing on the encore ‘With a Little Help from Friends,’ and after that, we just kind of stayed in touch. For some reason, we just really hit it off. He invited me to his birthday show at Radio City Music Hall and so we went up there for that, and then a little over a year ago, he asked me what I was doing. I told him I was making a record with a different band on each track. And he said, ‘Well, if you need a drummer, let know.’ So I flew out to his house where he has a little studio and he played drums.”

Ringo then suggested Don Was to play bass and Ringo’s brother in law, Joe Walsh, to track the guitar parts. Chris Robinson of the Black Crowes contributed vocals. The accompanying video had each of the musicians playing separately, but it was edited in such a way as to make it appear as if they’re all grooving together.

“It all came together pretty well,” Hubbard suggests. “When you get a Beatle, an Eagle, a Crow and a Was on the same track, it’s pretty impressive. It was quite a thrill.”

Nevertheless, Hubbard says that the original idea for the album didn’t include any sort of superstar summit. “It really didn’t start out that way,” he insists. “I went up to the studio in Nashville and started inviting certain people to play on it. It ended up having all these different musicians playing on all the different tracks. Then finally, I realized had all these different combinations, and so I decided to call it Co-Starring…In Order of Appearance. It wasn’t like a big plan or anything.”

It was during a chance meeting with an executive from Big Machine Records, that Hubbard was told that he happened to be a fan, and after a few discussions, it was decided that Hubbard would release his new album under their auspices. The record was mixed and ready to go, and to Hubbard’s relief, unlike. Warners early on, they had no desire to change a thing. “I feel they really believe in the record,” Hubbard muses. “So I really am satisfied, and I’m very grateful that an old folk, blues, roots cat got a deal. What sold me was they were ready to put it out as is. I feel very fortunate, I really do.”

That said, the track listing is also rather telling. Titles like “Rock Gods,” “Bad Trick,” “Drink Till I See Double,” “R.O.C.K.,” and “Outlaw Blood” reflect Hubbard’s tattered yet tenacious perspective. One song, “The Messenger,” is a reboot of one of his early standards and also the title of a recent book, subtitled ‘The Songwriting Legacy of Ray Wylie Hubbard.’ Last year, Hubbard himself self-published his own insightful autobiography, ‘A Life… Well Lived.’ It was conceived with co-writer Thom Jurek, who Hubbard credits for motivating him to write the book, and also for organizing the material and putting it all together.

“I’ve learned that as a songwriter it’s pretty much inspiration plus craft,”  he replies when asked how he maintains his songwriting prowess. “You get the great ‘Ah ha’ moment, and then it’s the craft that determines what kind of song it’s going to be.”

He says it’s his love of literature that often inspires him. “My father was an English teacher, and growing up, he read me everything from ‘The Three Little Pigs’ to ‘The Raven,’” he recalls. He’d tell me, ‘You should read ‘A Tale of Two Cities,’ you should read ‘A Tell-Tale Heart.’ That’s how he got me into literature really early on. I was an only child and we lived in a rural area, so I didn’t have a lot of friends. After school, my parents were working, so I got on a bus and went down the Dallas public library. I learned the Dewey Decimal System almost by heart. I’ve always loved books and I still read a lot. When young songwriters ask me for advice, I tell them don’t just listen to the ‘Ghost of Tom Joad.’ Read ‘The Grapes of Wrath.’ That’s where Bruce Springsteen got the inspiration.”

Consequently, Hubbard’s songs tend to conjure up vivid aural images, sometimes dark, other times flush with irreverence and humor. They also create soundscapes flush with atmosphere and ambiance as well.

“One thing I’ve learned about songwriting is not to doubt it,” Hubbard reflects. “I’ve never been one to sit down and write a song for someone. I write and then see what happens to it. I write for the privilege of writing and not thinking about its future.”

He has another advantage as well. “I sleep with my publisher,” he jokes, referring to his wife and manager Judy Hubbard. “She says, ‘Write about whatever you want to write.’ So I have this freedom to write about whatever’s there. And then she sets out to sell the damn things. She’s a fan of my songwriting. I feel very fortunate to be in that place where I’m not trying to get someone to record my stuff. I’m not writing to fulfill a contract. I’m an old cat, and I just get to write.”

Indeed, Hubbard seems pleased with his progress so far.

“It’s still valid to me, and I really enjoy getting to play for people,” he insists. “It’s still a joy walking out on stage and hearing people sing along to a song like ‘Snake Farm.’ Ultimately, I’m still learning things and I’m still trying to write that song that’s in front of me.” 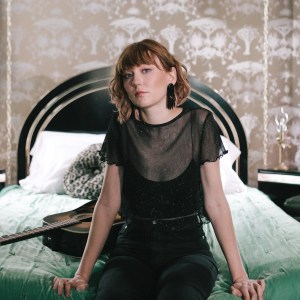 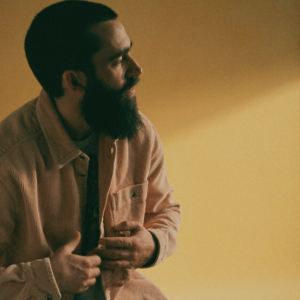