Arlo Parks is due to release her debut album, Collapsed in Sunbeams in 2021, but she’s already dropped a few hints about what fans of the 20-year old British singer-songwriter can expect. Over the course of the singles Parks — born Anaïs Oluwatoyin Estelle Marinho — has released this past year, she’s revealed the myriad of feelings her silky voice can contain.

“I started writing when I was about 8,” she tells American Songwriter. “Writing has always been there, my love for it came from somewhere instinctive and internal.”

Parks grew up in South West London and the love of writing she felt at a young age was nurtured at school when she discovered Sylvia Plath, after a teacher gave her a copy of Ariel. She name-checks Plath in “Eugene,” the confessional track she released this year, about watching a friend you secretly love fall for someone else. The track, which made NPR’s 100 Best Songs of 2020 and was featured on Michelle Obama’s podcast playlist, reflects the relatable nature of her poetry and songwriting.

As a child, she’d write short stories, and as a teen, kept a journal. Around 13, Parks picked up a guitar and immersed herself in The Pixies and King Krule. In 2018, at 16, Parks uploaded demos to BBC Introducing, BBC Radio’s platform for unsigned talent. “I remember feeling this mix of excitement and defeatism all at once,” she recalls to American Songwriter. “I knew that making music made me feel good and full but the idea of having a musical career felt so out of reach. I was afraid of putting myself out there, being vulnerable but the desire to connect and help others outweighed that.”

That courageous step set into motion the early moments of Parks’ music career. It led to her working with Beatnik Creative’s Ali Raymond, who began managing Parks, and she released her debut single, “Cola,” later that year. Shortly after, she put out the Super Sad Generation EP, and then signed to indie label Transgressive. In a full circle moment, this past October, Parks was awarded BBC Introducing’s Artist of the Year.

The tracks on Super Sad Generation, and the ones that have followed, in this year, have earned Parks the reputation of being a voice of her generation, chronicling the ups and downs of adolescence. The singles “Hurt,” “Green Eyes” and “Black Dog” display an honesty and healing that most people take years to come to, long after their teens. “Hurt,” with its reassuring chorus of Just know it won’t hurt so / Won’t hurt so much forever resonated particularly strongly with her fans during this year of the pandemic, its chorus a balm to soothe woes from a year unlike any other.

The stunning “Black Dog” addressed the ever-challenging issue of depression, with Parks willing to “lick the grief right off [the] lips” of her Robert Smith eyeliner-wearing friend. Her most recent single, “Caroline,” is an observational track, “an exercise in people watching and seeing situations unfold without context,” she says. “It’s an exploration of how something once full of healthy passion can dissolve in an instant.”

Parks says she writes both her songs and her poems in similar fashion. “I write all my songs the same way — by writing stream of consciousnesses, mining through old notebooks, finding fragments and phrases I like then putting it together like a collage. There’s not a process per se, it’s more about following an impulse.”

It’s an impulse she’s followed since she was young. “No one was really musical,” she says, about her family. “My uncle gave me his record collection when I was younger but I think the fire and urge to write is something I was born with.”

As she prepares to release her full-length debut album, Parks is still aware of how far she’s come in a short space of time. “I remember recording my vocals with a £30 [$40] mic balanced on a laundry basket in the basement. I can’t believe I’m here…” It’s a project she says she’s “poured [her] tears, blood and joy into.” 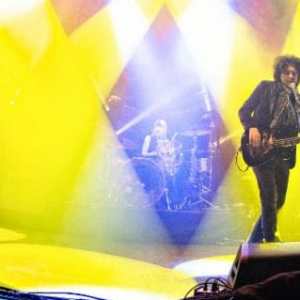 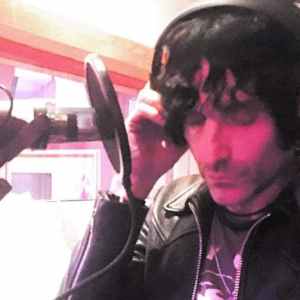