A woman consumed by guilt and grief, Cassandra (Carey Mulligan) ambles up a long gravel driveway to a lone cabin, where she plans to confront the abuser who sent her life, and that of her best friend Nina, into a tailspin. A sinister orchestral arrangement of Britney Spears’ 2003 smash hit “Toxic” screams in the background. It’s singularly one of the greatest, most powerful musical moments in film history. Promising Young Woman subverts every expectation, a study in genre-fusion and character.

In collaboration with the film’s director Emerald Fennell (Killing Eve showrunner), composer Anthony Willis (One Last Night, How To Train Your Dragon: Homecoming) doesn’t pull any punches. “Toxic” is visceral and raw and merciless, punctuating Cassandra’s entire arc up to this very crucial moment in the third act. “What’s fun about ‘Toxic’ is it doesn’t have the lyrics actually sung. It’s more subverted. You get more of a Trojan Horse affect where the song’s been smuggled into you, and you didn’t quite notice it. And there it is,” Willis tells American Songwriter over a recent phone call. “It has its own thrilling feeling to it. The references in the film to these cultural references has already been established, and this one allows score and song to meet in the middle.”

Promising Young Woman, an Academy Award-nominated debut feature, twists genre tropes, from the sentimentality of rom-coms to the classic thriller, into an entirely new beast. And its musical elements are as razor-sharp, often melding the bubblegum of throwback disco and modern pop music with driving string work. The score, for which Willis lands his first-ever BAFTA (British Academy Film Awards) Nomination for Best Original Music, contains new versions of The Weather Girls’ “It’s Raining Men” (performed by DeathbyRomy) and The Crystals’ “He Hit Me (And It Felt Like a Kiss)” (performed by Carmen DeLeon)─alongside brand new songs from Cyn (“Uh-Oh” and “Drinks”), FLETCHER (“Last Laugh”), and Lily & Madeleine (“Can’t Help the Way I Feel”).

Often, the music erupts from the environment and bleeds into the actual score, blossoming into a total immersive experience, or simply serves as the framework from the audience’s perspective. “Emerald knew she wanted a very pop-heavy soundtrack,” says Willis. Fennell, a student of such films as “Cruel Intentions,” brings into the film’s world a hyper-aware and realized intention─bridging the gap between reality and musical fantasy. “Even in writing the film, she was very certain about that. Then, the score itself, she wanted to see if that could create a through-line for the characters, emotionally. It’s a challenge to balance those two threads.”

“Whenever you can find a reason for the music to belong, to my mind there’s no better way to do that than actually have it written into the scene,” continues Willis. “Audrey Hepburn playing the guitar in Breakfast at Tiffany’s and singing the song is going to be emotionally and thematically so much more impactful than a regular score piece. It’s really built into the narrative.”

Having grown up performing choir in Windsor, a town due West of London, Willis gained an early understanding of harmony’s importance in not only the technical aspects of a performance but the emotional threads by which a performer can then deliver the necessary beats. “Melody is something I find so powerful in the great film music of the past and today. Harmony is the thing that really helps it to strike the right emotional balance for the situation you’re in,” he says. “It’s such an incredible language. Whether you hold back or you make it very lush. The first thing I try to do is find some kind of thematic anchor or concept for the characters.”

As far as Promising Young Woman is concerned, Fennell instructed him to uncover the emotional root in Cassandra’s journey, from a medical school dropout to a warrior for justice, and manifest those thematic elements throughout the arrangements. “As I was working, I realized it was really about finding not just a character theme but a concept. The concept I had was lost friendship. When I wrote that theme, I was coming up a way into the score that was conceptual. When I’m starting a project, I’m always looking for that way in. Often, for example, rather than have a theme for one specific character, if you have a theme for loss or hope or friendship─those things can actually be malleable amidst a lot of characters.”

Willis also calls upon his mentorship with legendary composer John Powell (Solo: A Star Wars Story, Shrek, Ice Age), as well as an admiration for the work of Bernard Herrman (composer for such Alfred Hitchcock films as Psycho and Vertigo) and Jerry Goldsmith (Along Came a Spider). “I learned the classic thematic approach of being very specific with characters. For example, in Star Wars, you hear Darth Vader’s theme very directly, and it’s very clear. There’s something more sophisticated and fluid about attaching themes to concepts or emotional situations. That will hopefully have a very specific harmony to it. Harmony is something that subconsciously makes you feel things, and it really affects the tone of the music you’ve written.”

One to work “pretty holistically” in film scoring, Willis will “dart around a little bit and make sure I’m setting myself up in the right direction for the major payoffs. Often, I’ll even take a look at the ending of a film quite early to make sure the material I’m developing is going to work and pay-off correctly.”

Across Promising Young Woman, Willis utilizes a vocal pad to conjure up the presence of Nina, a character who never actually appears on screen but remains the driving force behind the entire narrative. “Although the film is sort of this classic thriller, it gives it a more contemporary twist and helps it sit a bit more with the pop music in the film,” he says of blurring those musical lines.

When we meet Cassandra, she’s a shell of her former self. She works at a coffee shop by day and a vengeful femme fatale by night. We come to learn Nina, who also envisioned a future as a doctor, was sexually assaulted by her classmate Al Monroe─and then took her own life. Nina’s ghost haunts Cassandra (Cassie for short), and Cassie both whips herself for not going with her friend that ill-fated night and commits her entire existence to dismantling the patriarchy brick by brick. During her late night rendezvous in clubs, she pretends to be intoxicated and lures men into her web to see if they really are the “good guys” they all profess to be. It’s a twisted mission, and Fennell toys with such morality to provoke the viewer to reconsider their own role in perpetuating abuse against women.

Fennell even nods to the 1955 film The Night of the Hunter through a throwaway scene. As Cassie dolls herself up to go meet Ryan (Bo Burnam), her new love interest, for lunch, her parents are watching the scene in which Robert Mitchum’s character Reverend Harry Powell calls out to the Lord. “But there are things you do hate, Lord. Perfume-smelling things. Lacey things. Things with curly hair,” he fumes, turning his gaze to the heavens.

Later, Fennell maneuvers the film’s song “Once Upon a Time There Was a Pretty Fly” into her own story. When another former classmate Madison McPhee (Alison Brie) comes forward with the tape of Nina’s rape, Promising Young Woman once again pulls the rug out from under the audience, revealing Ryan was there to witness the tragic event. Fennell appropriately places “Pretty Fly” into the scene, as Cassie dashes out of the house to try to catch her breath, to signify her own entrapment in the system.

“That was a brilliant choice by Emerald. It’s such an evocative track. Lyrically and musically, it has such a subverted lullaby feeling to it,” offers Willis. “It’s also a very old recording and creates such a powerful effect. It actually inspired me thematically to think about the theme I wrote for Nina and Cassie as a haunted lullaby of lost friendship.”

From that moment, Promising Young Woman is a roller coaster right up to the final frame. Cassie confronts Ryan about his complicity and then sets her gaze upon Al Monroe’s bachelor party that upcoming weekend, where she plans to disguise herself as a naughty nurse. When she arrives, after the iconic slow-pan with “Toxic” in the background, she dons the role of stripper, feeding Al’s bro friends with roofie-laced booze, and takes the man-of-the-hour upstairs for a private session.

Cassie’s confrontation with Al doesn’t go the way we expect it to go. Cassie attempts to carve Nina’s name into Al’s body, but he breaks free and smothers her with a pillow, in effect killing her. The musical cue, as the camera slowly creeps along the cabin floor, is as gut-wrenching as the moment itself─and it’s uncomfortably long. And that’s the point. “Cassie’s death massively shocked me when I first saw the film. I completely understand from Emerald’s perspective. She had to end the film there,” muses Willis.

“Musically, everything that has happened until that moment on some level has been a bit of a misdirect to what ultimately is going to happen when she confronts Al in the cabin. Suddenly, a huge degree of realism takes over. The score I wrote there is very visceral and violent,” he continues. “You’re suddenly in a different kind of movie. It’s very much intended to take you by surprise. Again, it’s a different camera lens. The fun, quirky one that sort of makes you feel uncomfortable but still entertains you throughout a lot of the film is gone off. It’s very raw.”

After Cassie’s death, the film continues for another 15 minutes. Al and his friend Joe (Max Greenfield) burn her body in the middle of the woods, and then there’s a hard cut to Al’s wedding on a sunny and serene afternoon. “Emerald so brilliantly pivolts back to a scene that could almost be from ‘The Hangover.’ It’s the strongest tonal juxtaposition in the film and also one of the most powerful,” says Willis. “You almost feel a bit betrayed as an audience member. The character you’d been rooting for, this has happened to them. Emerald is teasing you for a second ─ yeah, that’s life.”

When you think this might be all there is, Fennell flips the script again. A pre-scheduled text from Cassie arrives on Ryan’s phone at the exact same moment police sirens begin blaring in the background. It’s never over until it’s over. The cops pull up on the scene and arrest Al for the murder of Cassie. It’s bittersweet vindication, and it leaves you equally breathless and joyful. “Cassie does get her revenge. It gives you a smile. Obviously, there’s the absurd scene of this perfect wedding and the police turning up to break it up.”

Promising Young Woman is also up for Best Film, Original Screenplay, and Editing at the 74th British Academy Film Awards, taking place this Saturday (April 10) and Sunday (April 11) live from the Royal Albert Hall in London. 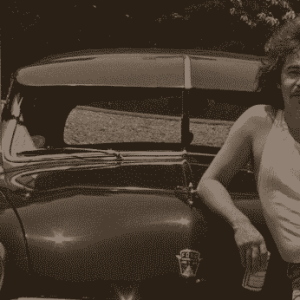 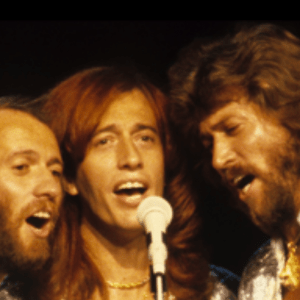