John Prine painted songs with splintered brushstrokes. His songwriting poignancy, draped around a reedy, unmistakable timbre, was a natural, God-given gift. His style was often humor-laced, other times more plainspoken and directed at the everyman. His talents are best explored with such songs as “Hello in There,” off his 1971 self-titled debut, a stark examination of age, enduring love, and time’s merciless hand.

Following a 30-second acoustic intro, he begins peeling back the layers of an older couple’s life, two lovers who now find themselves wandering in their golden years. “We had an apartment in the city / Me and Loretta liked living there / Well, it’d been years since the kids had grown,” he sings. “A life of their own left us alone / John and Linda live in Omaha / And Joe is somewhere on the road / We lost Davy in the Korean war / And I still don’t know what for, don’t matter anymore.”

Prine unpacks heavy melancholy as cracked paint flaking from the apartment’s time-worn walls. He goes one step further to analyze the swelling ache that comes with age – feeling invisible to the world. “Ya’ know that old trees just grow stronger / And old rivers grow wilder ev’ry day / Old people just grow lonesome / Waiting for someone to say, ‘Hello in there, hello.’”

With its signature structure – switching between story on the verses to moral on the hook – Prine had been struck by John Lennon’s “Across the Universe,” a song first found on the 1969 compilation No One’s Gonna Change Our World and later on The Beatles’ 1970 album, Let It Be. “[John] had a lot of reverb on his voice. I was thinking about hollering into a hollow log, trying to get through to somebody, ‘’Hello in there,’” Prine stated in the song’s liner notes. “That was the beginning thought, then it went to old people.”

Written when he was 22, Prine had great affection for the older generation and would help a good friend on their newspaper route. “I delivered to a Baptist old people’s home where we’d have to go room-to-room,” he said, “and some of the patients would kind of pretend that you were a grandchild or nephew that had come to visit, instead of the guy delivering papers. That always stuck in my head.”

In an interview with journalist Bruce Pollock, the legendary singer-songwriter dissected some of the song’s details, including using the name Loretta. “The names mean a lot. You know, like Loretta in ‘Hello In There.’ I wanted to pick a name that could be an old person’s name, but I didn’t want it to stick out so much,” he said. “People go through phases one year where a lot of them will name their kids the same… and I was just thinking that it was very possible that the kind of person I had in mind could be called Loretta. And it’s not so strange that it puts her in a complete time period.”

With the second verse, the weight of time grows unbearable. “Me and Loretta, we don’t talk much more / She sits and stares through the back door screen,” he sings. “And all the news just repeats itself / Like some forgotten dream that we’ve both seen.”

“Someday I’ll go and call up Rudy / We worked together at the factory / But what could I say if he asks, ‘What’s new?’ / ‘Nothing, what’s with you? Nothing much to do.’”

The name Rudy comes from a time “we used to live in this three-room flat and across the street there was this dog who would never come in and the dog’s name was Rudy,” he explained. “And the lady used to come out at five o’clock every night and go ‘Ru-dee! Ru-dee!’ And I was sitting there writing and suddenly I go, ‘Rudy! Yeah! I got that.’”

From its organic, open-spaced arrangement to its timely, profound message, “Hello in There” only grows more urgent with every passing year. John Prine’s legacy casts a very long shadow, and a song such as this refocuses the meaning of life, love, and happiness in a stunning way. 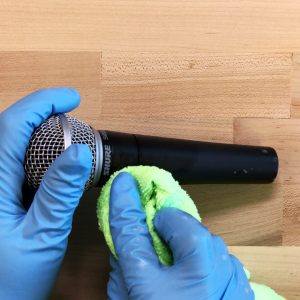 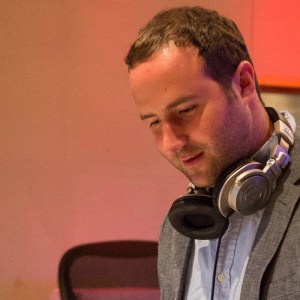