As both a producer and a label executive, Scott Hendricks is one of the major architects of today’s mainstream country music. From behind the studio control board, he has overseen 77 #1 country singles and 120 top-10s since 1985. As a high-level label boss at Capitol, Virgin and now Warner Music Nashville, Hendricks has had a hand in even more hits than that.

Maybe you have mixed feelings about this era in country music. I certainly do. I loved Hendricks’ productions for Alan Jackson and Brooks & Dunn, but his work with some other artists has left me cold. But let’s give the man his due. He has identified a large, loyal audience and has supplied what those listeners have wanted for more than 30 years. And he’s a large reason that modern Nashville records sound so good, no matter what the songs are about. When those vocals melt like butter, when those guitars cut like razors, when those drum beats land like artillery shells, Hendricks was a guy who raised the bar for everyone else in town.

“Brooks & Dunn had a punch to them that a lot of country records didn’t have back then,” Hendricks says. “That’s because we paid more attention to getting parts down correctly. There are different trains of thought for production. For some people, you play it down once, and that’s your record, flaws and all. And that’s fine, if rough around the edges is your cup of tea.

“But for me, it’s better to take the time to get vocal takes and instrumental takes that are more precise. The more time you spend on records, the more you can remove the sour notes. Some artists want their vocals to be pristine, but some artists will say, ‘Leave it out of tune; I want it out of tune.’ I will contend that Restless Heart in 1985 led the way in opening up a lot of people’s minds when it came to sonics in country music. it sounded a lot better than a lot of the records coming out. When Mutt Lange came into country and did those Shania Twain records, they sounded impeccably great.”

Restless Heart is the key to this story, for that was the band that got him out of Oklahoma and into a Nashville studio. Hendricks was born and raised in the small, West Oklahoma town of Clinton (coincidentally Toby Keith’s hometown as well). When drove the tractor 10 hours a day on his grandparents’ farm, he’d listen to top-40 radio and dream of making records himself someday.

He thought it would be as a guitarist, and at Oklahoma State he joined a college band called Marin. But a guitarist named Greg Jennings started sitting in with the band, and Hendricks saw the writing on the wall.

“It was pretty obvious very quickly that I could have practiced 18 hours a day for many years and maybe gotten half as good as he was,” Hendricks recalls. “So the best decision for the band was to let him play guitar and let me handle the sound board. And when my advisors at Oklahoma State asked me what I wanted to do, I said, ‘I want to make records like you hear on the radio.’ So they custom-designed a major for me in architectural acoustics.”

Hendricks started hanging out at the OSU audio-visual department, and there he befriended a fellow student named Tim Dubois. They started writing songs together and recording them in the school studio.

“We made our demos at night when the audio center wasn’t open,” Hendricks remembers, “and we’d get out by eight in the morning. We’d take our songs to Nashville, play our song for a few publishers and they’d get rejected. We’d drive home and wonder why our were turned down when everyone at home thought they were great. Years later we listened to them again and understood that they weren’t really that good.”

Among the musicians working on those demos were the aforementioned Jennings and a singer named Verlon Thompson. Thompson went on to become a solo artist and Guy Clark’s most trusted accompanist, while Jennings anchored a band of Okies that Dubois named Restless Heart. When no one would cut the songs on the demo, Dubois pitched Restless Heart as a band and RCA signed them. That’s how Hendricks and Dubois wound up co-producing the 1985 debut album Restless Heart, testing all the ideas they’d been dying to try. When the album yielded three top-10 singles, they were producers with hits–which makes all the difference in the world.

“Once you have hits, people start asking you to produce their projects,” Hendricks points out. “Soon I was burning the candle at both ends. When I wasn’t producing, I was engineering. When I wasn’t engineering, I was teaching four classes at Belmont University. Something had to give.

“So I set aside my songwriting and teaching and focused on producing and engineering. I looked at my songs realistically. They were good but not as good as what I was cutting. I didn’t set out from Oklahoma to Nashville to become a producer or an engineer, but those were the doors that opened. I just wanted to be in the industry and be where the music was being made.”

Hendricks acknowledges many mentors as a producer. As a new arrival in Nashville, he hung out every free minute at the Glaser Brothers’ studio where Jimmy Bowen was producing records for Merle Haggard and Hank Williams Jr. Hendricks made himself useful by shelving tapes, running to the coffeeshop and the liquor store, anything they wanted. He even wired up Haggard’s home stereo system once. When Bowen moved to another studio, the Glaser Brothers hired Hendricks as an actual engineer.

“My biggest mentor was Barry Beckett, the main guy in the Muscle Shoals Sound,” Hendricks reveals. “When I wasn’t producing my own records, I was engineering next to Barry. If I had to put it into one word, it would be ‘feel’ or ‘pocket.’ Barry showed me how to pursue it and how to recognize it when it arrived. All along the way, I learned songs. You can produce a bad record on a great song, and it will still sound OK. Songs were everything to me.”

Even today, some country artists write most of the songs they record, but many of them don’t—most notably Blake Shelton, Hendricks’s most consistent hitmaker since 2009. And in the latter case, his job as producer starts with finding the right songs before he ever enters the studio. He estimates that he listens to a thousand songs for every Shelton album he produces. And if Hendricks didn’t insist on only hearing songs submitted by established music publishers, he says, he’d have to listen to ten thousand for each album. And there just aren’t that many hours in the day.

“There are thousands of people who write songs and think they’re ready for the radio,” Hendricks argues. “It’s like a kid walking into Yankee Stadium and saying, ‘Hey, I can play this game.’ And they say, “Kid, you have to go to the minor leagues and prove yourself before you come up here.’ So the music publisher is the first filter; my A&R team is the second filter; I’m the third filter, and the artist is the final filter. Blake might say, ‘I recognize this is a good song, but it’s not something I want to say or it’s something I’ve already said.’

“Occasionally we run into an artist who doesn’t know a hit song from everything else. They may be very talented, but they don’t recognize a hit song when it hits them in the face. That’s an artist who’s probably not going to be around very long. To me, a hit is a song that you want to hear over and over again. We’ve had songs on artists picked as singles that were great songs, moving songs, but not something people want to hear repeatedly. It’s awesome when you have a great song that’s also a hit song.”

But even someone with a proven track record like Hendricks isn’t infallible. He was sure that “Diamonds,” a song he picked out for the young artist Morgan Evans was a surefire hit, but radio just wouldn’t play it. On the other hand, he had only modest expectations for the song “Honey Bee,” but it became one of Shelton’s biggest hits ever.

“I don’t try to second guess what radio programmers will or will not play,” Hendricks admits, “because there are so many of them and they have such different tastes. I think of the fans first. Will it move them physically or emotionally? Another rule of thumb is if you have a pile of songs and you identify four songs that might work for the country music radio audience, by the time you’re done it will work out to be two songs. If you want three singles, you better cut six candidates. When you’ve recorded all six songs and hear them next to each other, three will still sound strong and three won’t. That’s why you find songs like a squirrel and save them for the winter.”

This system that Hendricks describes yields a lot of power to country radio, and that has proved a double-edged sword. On the one hand, it’s an effective delivery system for a certain kind of song to a certain kind of audience. But it excludes a lot of good country music—especially from women—and that doesn’t make Hendricks happy.

“I wish I knew why there’s such a gender imbalance on country radio,” Hendricks says. “I wish it were equal. Quality songs should be played on the radio, no matter if they’re sung by a man or a woman. But there’s no question that it’s tougher for women. Why people like Jason Isbell, Chris Stapleton and Kasey Musgraves aren’t played on country radio, I don’t know. I’m not sure I can defend it. There is music out there that people would say is country that is not finding a place on country music radio, but at least it’s out there on Sirius and Pandora for people to find it if they want.

“Here at Warner, we’re signing people like Ashley McBryde and Los Bandoleros who don’t fit into that narrative of mainstream country radio. We’re trying to find ways to get them heard, even if that means relying on the press and social media more than radio. A lot of them we have more success internationally than here. I’m not saying that mainstream country radio is for everyone, but it works for a lot of people. There’s always stuff you hear where you go, ‘That’s terrible,’ but it’s been that ways for decades. As long as I’ve been in Nashville, there’s always an argument about what radio chooses to play and not play.” 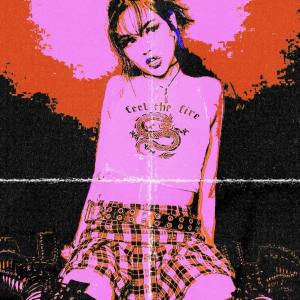 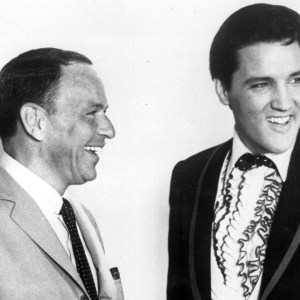