Wade Bowen’s road to becoming a country music star began, in a way, with poetry. As a young person, he would write short stories and poetry as a way of processing the world. But, he says, around 17 years old, Bowen got sick of the poems not being songs. So, he did something about it, and in a way, the rest is history.

Bowen, who has been releasing music for over twenty years and making it for longer than that, having played thousands of shows, is set to release his newest record, Where Phones Don’t Work. The EP is a collection of heartfelt tunes and honest recollections from a man who can really sing and connect with your heart.

American Songwriter caught up with the Waco, Texas-raised Bowen to ask about his entry to music, what the album means to him and what two recurring themes on the record—home and love—mean to him.

American Songwriter: When did you first find music—when did music enter your world in a significant way as a young person?

Wade Bowen: Music entered my life very early. I have a mom who is still very into music, and I had two older sisters that were very into it growing up. So they were dragging me around to concerts, starting at five or six years old. And I just fell in love with music. I fell in love with how passionate they were. Just watching them screaming and yelling at Alabama concerts was really fun for me. And so I started developing a love for music very, very early on. Aside from that, it was also always on in my house.

AS: How did you develop your crystal-clear voice, guitar playing, and songwriting acumen after those initial introductions?

WB: I wouldn’t say my voice is crystal clear, it’s about as raspy as it gets [laughs]. But I always had music on, and I was around it a lot growing up. But I didn’t learn to play guitar ’till I was about 17. Up to that point, I was just writing short stories and poems and knew that I eventually wanted to do it. But I was so heavily engulfed in sports, that it was taking up most of my time. When I hit 17, I was tired of these poems not being songs. I taught myself a few chords so that I could turn those poems into songs, and that’s where it all started for me.

AS: How does where you’re from in Waco, Texas influence your understanding of songs?

WB: I always had my family around. Even to this day, it’s the same as it was growing up in Waco. They are a huge part of my career, and I don’t do anything without telling them. You know, we just had the video release earlier this week and the EP coming out today, and they’re the first ones I call and let them know what’s going on. I think they’re just as absorbed in this and are here with me in my career as much as I am. I mean, they are right there every step of the way. Three sisters, my mom and dad, they’re all my biggest fans. So that’s what I had growing up in Waco and still to this day.

AS: You’ve had a multi-decade, many-album, distinguished career to date that’s still obviously going strong. But how did the past year or two specifically impact your sense of creativity, your sense of place in the world?

WB: I think at first, I was shell-shocked, like we all were. My creativity took a big hit because I was so stunned at what we were going through and couldn’t believe it. I went into panic mode and started figuring out livestreams and started figuring out other ways to survive and make money. And I was thinking about my band and crew and their families. How are we going to get them to survive as well, you know? So, it was a very stressful time at first.

But as it progressed, I started finding some creativity in just accepting that we were going through a rough time. I decided to take a deep breath and just figure it all out. I started playing a lot of backyard parties and things like that, that helped me survive. And that’s a huge thank you to our fans. They gave us shows when they couldn’t go see shows either, and they booked us to play in their backyards and on their porches and swimming pools.

Wherever they could get creative and figure out a place for us to play because they missed the music as much as we missed playing it. So that really helped kind of ease my mind a little bit. It helped me get back to work during the year when we couldn’t really work. Having that support helped me relax a little bit. And that’s when the songwriting started coming back, the creativity started coming back.

WB: I actually wrote and recorded an entire record during the pandemic. It was pretty rough and sad. And I chose not to release it because I just think people need to hear uplifting stuff as we’re coming out of the last year and a half. I chose to sit on it, but I bring it up because it’s a good thing that I was writing during that time.

Now, being more so on the other side of it just going, “Alright, we’re back, feels good, life has started opening up again.” And it really helped me help me notice that this was a reset button for me. I’m a guy that has a hard time slowing down, so when I was forced to slow down, it gave me time to hit the reset button and relax and focus on things that really matter. Like family and friends and songwriting and music. I feel now better than I ever have in years, just because I’m probably rested and rejuvenated.

AS: The new EP is called Where Phones Don’t Work. What is your relationship to your cell phone today?

WB: Unfortunately, my cell phone never stops. I get yelled at a lot by my wife [laughs]. I hate that we’re so dependent on these things nowadays. It’s hard to even hang out with your friends where you don’t look down at one point or another, or where all of you are literally sitting there texting. You’re on your phone and not even paying attention to each other. So, I love this idea and I love the whole concept behind the song and the EP. Finding a time and place where phones don’t work is important—it’s important to find those spots in your life, in your day, in your year, in your world, where you can get away for a while and just clock out. I think it’s important as a human being to do that.

AS: There’s a lot on the EP about the idea of home and the idea of love. So, simply, what do those two words mean to you?

AS: To wit, there’s a line on the new EP that goes, Gotta get lost to get found. Do you have an experience where that phrase rang especially true?

WB: I have a lot of instances of that. I mean, I play music for a living, there’s no way that you’re not going to experience that a lot. This is a very humbling business and a humbling career. You have moments where you kind of lose it for a while and get lost in the mix, and you must find yourself again. I think that’s as emotional as a songwriter: we get lost a lot, and we have to find our way back. And that’s usually the things that we ended up writing about.

So yeah, I’ve had a lot of instances in there where I got lost. I mean, take for example, in 2018, when I had lost my voice and had to have vocal surgery. There was a point there where I wasn’t sure if I was ever going to be able to sing music again. To come out of that on the other side and be where we are now, it’s definitely an example of that.

AS: What’s coming up for you in the future—tour dates, anything you’re particularly excited about?

WB: I never stop touring—we always have tour dates. That’s just the way I’ve always done it for 20 plus years. But I have already started a new record that I’m going to release in 2022, as soon as I can get it done. There’s a lot on my plate—with new music comes a lot of work between writing, recording, and playing the shows to release it, and of course all the behind-the-scenes stuff that no one ever sees as well. So, there’s a lot of stuff coming out that I’m really excited about and proud of. I think I’m writing the best songs I’ve ever written; I think I have more focus and drive than I ever have. I’m just going to carry that into the end of this year in the first part of next year and see where it takes us.

AS: What has the fan reaction been like to the new songs when you’ve played them live?

WB: We got these recordings finished a few months ago, before the EP came out, so we’ve been playing these songs out live, and I’ve never seen as big of a response to new songs as I have with these. I’ve been playing music long enough to know that when you play new stuff, that’s the time for a fan to go get a beer or go to the restroom. You see it happen a lot, and I’m guilty of that too, as a fan. So it’s been really cool to see their reactions before these songs even come out. For them to yell during the song or hear a lyric that touches them and smile. After the song is over, you hear them scream and yell and act like they really, really enjoyed it. It’s got me excited for the EP to come out so the fans can get familiar with them.

WB: Well, I think my favorite thing in the entire business is to have a song that you write on a guitar, by yourself as a songwriter, and then the first the moment that it first comes alive with a band in the studio, or if we play it live, for example. Just that translation from the one guitar to a full band, it’s like it just comes alive and becomes this living, breathing thing. That to me is my favorite part of music. And something that I’ve been going through a lot with all these recordings lately.

And of course, it’s a lot of fun to have that carry over into the crowds singing the songs back to you. That’s as good as it gets. Not that I ever took this for granted, but if the last couple of years did anything, it reminded me that the only reason we record and write and work our asses off is because we want to go play for people and get some interaction there. We want to feel the love or the emotion that is there when you play a show live. 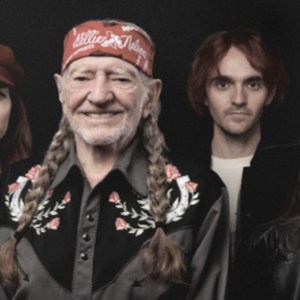 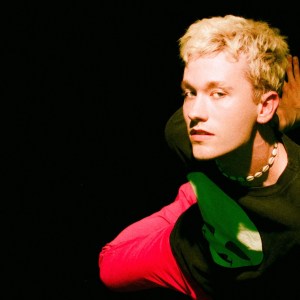