After years of feeling like a fish out of water in the country music world, award-winning blues artist, Crystal Shawanda, has carved out her own corner of the music industry. It was the blues that set her free almost seven years ago, and now her music finally feels like home. Her fourth blues album, Church House Blues, premieres today on American Songwriter.

A dynamic artist, Shawanda admits that her first love was country music. She was raised on this tradition by her parents in Wiikwemkoong First Nation on Manitoulin Island, Ontario. First stepping on stage at age six, she started being paid to perform at ten. She took her first trip to Nashville at thirteen with her father, a truck driver. By sixteen, she had packed up, leaving the distinctive life she knew so well in the rearview.

Arriving in Nashville in the ’90s, there was no community for indigenous people. It was difficult for her to ignore the fact that it was rare to see any other color on Broadway. Beyond severe culture shock, Shawanda found that her sense of humor made her stand out in a crowd, and miss home.

“We, my people, we laugh at everything. We can make anything funny. In the early days, I would be laughing at something, and everyone would look at me like ‘what are you laughing about?” Shawanda recalled. “I was lucky, though, on top of meeting my husband pretty early on, I made great friends with musicians who became like family.”

On the road with her father as a child, she fixated on Tootsie’s on Broadway. Reaching out every chance she could, she was finally promised a spot on stage upon her arrival to Nashville. The shy teenager started in a backroom stage and made her way up to the front, singing four nights a week.

Despite her trials trying to make it on her own as just a child, it was only one moment with a label executive that nearly broke her. After knocking on every door on music row, an admittedly naive move, a man finally overheard her conversation with a woman at the front desk and invited her into his office.

“He told me he had time for me to play him one song,” Shawanda explained. “He goes, you’re great. You have an amazing voice, but I wouldn’t know what to do with you. You know, native Americans and country music, it doesn’t really match up. I wouldn’t even know how to market you.”

These words from a figurehead crushed the same spirit that brought her to Nashville. From there, she spiraled. “If my songs were bad, I could write another one. If my voice wasn’t good enough, I could always take lessons. But, there wasn’t anything I could do about who I was, my nationality, so I moved home to Canada for a few years, kind of gave up,” Shawanda remembered.

Back home, the young artist still managed to find herself in front of a microphone. After a necessary sabbatical, a more mature Shawanda decided that it wasn’t a record deal that would define her. If moving back meant a lifetime of singing on a barstool to two people, then that was a life worth living.

Incidentally, upon her return, Shawanda signed with RCA and had a top twenty hit, “You Can Let Go,” and a top twenty Billboard charting album, Dawn of a New Day in 2008. However, after rising through the ranks with merit and confidence, the country music world still felt cold.

Her parents raised her on country music, but it was her brother who introduced her to the blues. The sound of Muddy Waters, B.B. King, and Etta James, coming from his room, rounded out her idea of what she could represent as an artist. Departing from her pre-paved path with RCA, Shawanda released her first blues album, The Whole World’s Got The Blues, in 2013. Her latest release, available everywhere tomorrow, brings her experience as a blues artist full circle. Produced by her husband, a fellow artist, the father of her three-year-old daughter, and her guitar player on the road, Dewayne Strobel, her latest release brings her experience as an artist full circle.

Title-track, “Church House Blues,” provides congruities between the church house and the roadhouse. The similarities paint a picture of shared belief in respect for each other’s differences.

“Some people go to church and do their praise there. Some people go to the bar and have a few beers and dance all night. It’s whatever gets us through so that on Monday morning, we can face the world again,” Shawanda shared. “I was raised more spiritual with my culture and the traditions of my people. But, my mom also raised me to respect everybody’s beliefs. She always tells me, you know, we should be thankful that somebody has something to get them through life.”

“Bigger Than The Blues” falls in line with the thematic kindness the record reverberates. The song budded from a conversation she held with her husband, about memories of friends and loved ones who had passed away from suicide, the soulful song shares the often hushed side of suicide, diving into mental health.

“As we talked, we wished were writing it down so that if somebody was somebody was struggling and felt alone that if they listened to the song, this might give them the strength to fight it out, to stay,” Shawanda explained. “You’re bigger than the blues. That’s the whole hook. We’re left wondering why and what we could have done. So, this is my ode to that and wishing I could have said to things, these things to people that I loved and, and the hopes that I’ll help other people’s loved ones when they’re in that troubled place.”

“We would write on it, we would rearrange it, we’d take it apart and put it back together again,” Shawanda explained of the crafting. “We never rushed it. You know, we always wanted it to be right. And every album we worked on before, it didn’t feel like the right fit.”

In the years since, Shawanda helped him raise his children, then started a family of their own a few years ago with their young daughter. “We joke that our daughter and this song is our reward for hanging on for love. When you have the real thing, it is worth fighting for,” the new mother shared. 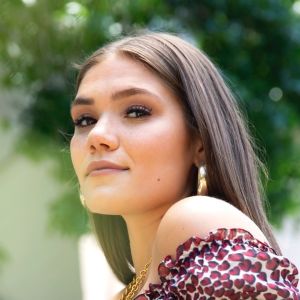 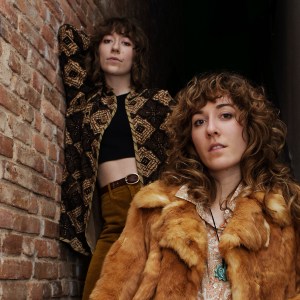