AMBITIONS: My goal as an artist/writer is to develop a sound and lyrical voice that is unmistakably signature to me, but use that to create songs that can be relatable to everyone. I want be a light in the world by making people feel understood.

I WROTE THIS SONG ON A [INSTRUMENT]: I started writing “Perspective” on this super old classical guitar that I’ve had since I was 12, it’s my favorite for writing.

DREAM GIG: My dream gig would be playing a festival somewhere beautiful (which to me means most likely by the ocean), as a part of a line up with all of my favorite artists…that would include artists like Post Malone, Kehlani, The Dixie Chicks, Drake, J Cole, The Red Hot Chili Peppers, just for a few examples. I love the festival atmosphere because people are so excited to be there to see their favorite artists, but also to discover new ones, it is always more so an experience than a show, whether you’re on or off stage. Definitely my favorite kind of gig.

FAVORITE LYRIC: My favorite lyric from “Perspective” is “everybody before, pinned my wings to the floor and walked away.” I just like that visual of being in love with somebody who’s holding you back, and not realizing it until they’ve left you.

SONG I WISH I WROTE: The top two songs I wish I’d written are “She’s Got You” by Patsy Cline, and “Love Yourz” by J Cole. VERY different songs, but they both convey their messages in a really simple but clever way that just really hits me.

5 PEOPLE I’D MOST LIKE TO HAVE DINNER WITH:
1. I’d love to have dinner with Jesus, but I think I’ll get to one day in heaven if dinner is a thing in heaven.
2. Post Malone, he just seems really fun and also maybe I could absorb some of his talent by proximity.
3. My Grandma Lois, she died recently at 100 YEARS old, and one more dinner with her would be cool because I’m sure there are some stories and wisdom I still haven’t heard, considering she had 100 years worth.
4. Kurt Cobain, because I grew up in Washington State learning about the Seattle grunge scene. I think it would be dope to get to ask him what all of that was like first hand.
5. Beyoncé, because Beyoncé. Even though I probably would not be able to speak.

MY FAVORITE CONCERT EXPERIENCE: I just saw Lizzo play the Ryman in Nashville. The whole experience was so positive and fun and I just wanted to soak in every moment because I knew that this was the last time I would probably get to see Lizzo play such an intimate and historic venue AND also maybe the only time I would ever get to see a 40 year old mother in a cardigan twerking on church pews. (That is the seating in the Ryman, just to give you a mental picture.)

I WROTE THIS SONG BECAUSE: I wrote “Perspective” because I wanted to write a love song, but I wanted it to be about what love means to me at its core, not any of that surface-y infatuation stuff. All I know is that love should be something that makes you feel like you are enough just as you are, whether that love is coming from a significant other, a friend, or if it is the love you show yourself.

INSTRUMENT/GEAR I’D MOST LIKE TO OWN:  I like to say that I am a fantastically mediocre guitar player, I know just enough to write different kinds of songs which is all that matters to me. I find the gear and the technical side of everything to be overwhelming. I do want to learn to play electric guitar pretty soon though, I think that would add another layer to my live shows!

SONGWRITER I MOST ADMIRE & WHY: It would be really, really hard to pick just one, but as an artist who’s favorite part of being an artist is writing my own songs, my favorite writers are always the artists with their own, very unique voice. I’m really into Cautious Clay right now because I’ve never heard anything like his lyrics and melodies, it’s all so abstract and relatable at the same time. That inspires me.
American Songwriter says: “The release of Bailey Bryan’s Perspective EP marks the entry of a poised and promising new artist and a serious contender for Best New Artist in the not-too-distant future.” 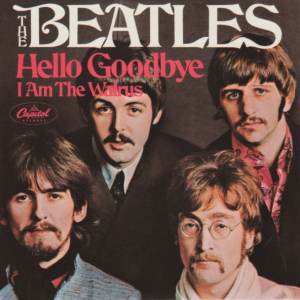 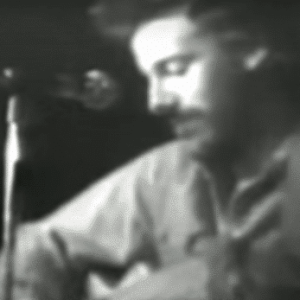