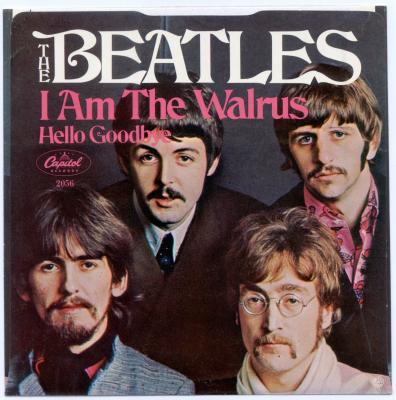 “I Am the Walrus”

Call it a voyeuristic ride through an acid head’s mind, or call it a cryptic diatribe on capitalism. Call it his bait for all the tiresome song dissectors in the world. Call it what you will- the controversy and questions surrounding its genesis, its meaning, and its continually evolving interpretation make it an irreplaceable part of the Beatles’ canon.

Like “Tomorrow Never Knows,” “I Am The Walrus” was born in one of John’s musically fruitful LSD trips. He detailed the experience in his 1980 Playboy interview: “The first line was written on one acid trip one weekend. The second line was written on the next acid trip the next weekend, and it was filled in after I met Yoko.” His next breakthrough came as a solution to severe writer’s block; John combined three “song starts” into this one hot mess of a track. The first song, inspired by the terror of a police siren during a trip, produced the line “Mister city policeman pretty…” The second song originally produced “Sitting on a cornflake, waiting for the man to come,” but John insisted on changing the last word to “van,” if only to intentionally baffle individuals like Stephen Bayley, a Liverpool schoolboy who wrote John for homework help after his teacher apparently asked him to analyze Beatles songs. The third song, which began “sitting in an English garden, waiting for the sun to come…,” ironically seems to anticipate George Harrison’s “Here Comes the Sun.”

Any serious investigation or conclusions made about the song’s meaning are unfortunately useless. Lennon once asserted he was “just saying a dream – the words don’t mean a lot. People draw so many conclusions and it’s ridiculous…” His “walrus” was yet another reference to Lewis Caroll, specifically the “Walrus and the Carpenter” scene in Alice in Wonderland. Meanwhile, the eggman is widely believed to reference Animals frontman Eric Burdon, who Lennon observed breaking eggs over women’s heads at a party. Truly, John could care less what it all meant. He used “I Am The Walrus” as a response to other revolutionaries like Allen Ginsberg, who he considered to possess “a naive attitude of going around chanting, ‘Hare Krishna’, or putting all your faith in any one idol.” Contrarily, John insisted, “I was writing obscurely, a la Dylan, in those days.”

The song is just as mind-bending musically. Critic Ian MacDonald regards it as “the most unorthodox and tonally ambiguous sequence [Lennon] ever devised,” calling it “an obsessive musical structure built round a perpetually ascending/descending M.C. Escher staircase of all the natural major chords.” Incorporating a choir of 16 chanting unconventional “Ho”s and “Ha”s, as well as a live radio feed of Shakespeare’s King Lear, the track is at once decidedly nonlinear and intricately orchestrated.

As “I Am The Walrus” sought to parody the very act of song analysis, music fans and critics alike should likely agree to disagree on this one. After all, “I am he as you are he as you are me and we are all together.” 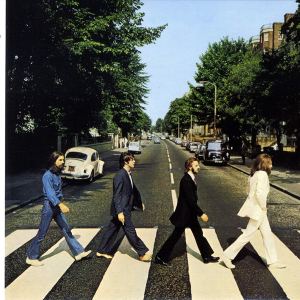 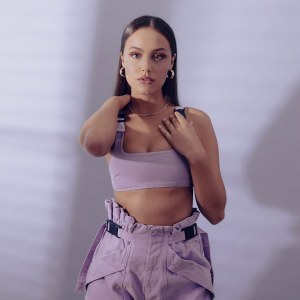