In 1968, Jimi Hendrix famously said, “When I get up on stage, that’s my whole life. That’s my religion. My music is electric church music. I am electric religion.” That same year, he released his very last studio record of his life, Electric Ladyland, as part of The Experience. Out of Edmonton, Alberta, musician Brandon Baker references this quote with his stage name, Electric Religious. On his brand new song, “One More Night,” he proves exactly why and how Hendrix has influenced him so.

Drink up, I gotta move on / But I gotta learn to leave you alone, Baker croons over a sticky, scorching guitar groove, quite Hendrix-esque. Later, he further unzips his treacherous emotional state, In the time that it took, you fell out of love with me / I pulled every pedal but it’s such a long shot / To get an answer if she loves me / She loves me not.

“One More Night,” co-produced with Brad Simons, refocuses the idea that “people are fallible,” Baker tells American Songwriter. “People are impulsive, and they want what makes them feel good, sometimes regardless of consequence. Everyone feels this way at some point in their lives. I wanted to capture that moment of making a decision that maybe won’t work out best for you in the long run, but for one more night, it’s all about you. There is also an aspect of lost love within the lyrics, too. On this track, I try to bring the listener into the headspace of someone who is trying to be a better person, while still feeling the push and pull of temptation.”

“Human feelings are powerful, and we need to make space for them in our lives. We can’t live without feeling true, honest emotions,” he continues. “When we sit with ourselves and ask, ‘What do I want?’ or ‘What do I need?’, the answers that come out are surprising, and sometimes not exactly the easiest to hear.”

During the songwriting process, which began as a demo in Logic Pro, Baker was undergoing “some troubling times in my life, and I wanted to write something that I could let loose to,” he says, “a song that made me want to party and dance all night long.” To start, he found a “tempo that felt good” as a crucial foundation for layering on the other pieces. “I wanted to keep the harmony pretty similar throughout the song and use layering to help build the dynamics.”

Full-bodied production elements, courtesy of Simons and his crew over at Velveteen Music, were added to give it a boost. “There is a percussive sound that plays the melody in the interlude that was their contribution that I just love,” Baker adds. “The collaborative nature of creating this record was truly joyful, because I love what they contributed.”

Baker had also been listening to plenty of Charlie Puth’s music for inspiration. “I can’t say that my new record sounds anything like his stuff, but certainly the idea to create a more pop-forward track was because I was listening to his music,” he offers.

Reading such books as Halfbreed by Maria Campbell, Son of a Trickster by Eden Robinson, and From The Ashes by Jesse Thistle also ignited his creative spark and impacted his personal life. “So music and literature were both responsible for the mixture on my upcoming record.”

“One More Night” is the latest primer to Baker’s forthcoming record, Tragic Lover.

Ever the musical wanderer, originally from Prince Albert, Saskatchewan, Baker typically writes best when trapped in “some sort of limbo,” he reflects, “torn between two things, or without a clear direction. I really use songwriting as therapy to help me through things, during good and bad times. I love how unexpected ideas can just come out of nowhere, like mist from a waterfall splashing on your face. Thousands of liters flow over the edge every second, but a few tiny molecules come join you. That’s what is most exciting about songwriting.”

His process, often beginning with him “mindlessly wandering around my living room” with a guitar, uncovers “an interesting chord progression” first. Then, he’ll “play it over and over, to try and open up the portal to that proverbial waterfall of song ideas. I’ll start by humming a melody, then I’ll just make random phonetic sounds. If anyone was listening in, they would probably think I’m unwell,” he explains. “Regardless, it helps inform the rhyme scheme, and some words eventually form in certain places.”

“The lyrics have to sit in a natural spot, for me. After a bit of that, if it turns into something I want to pursue, I’ll head down into the studio and flesh out a demo. If not, I still make a voice memo of it, just in case, because you never know if you’re overlooking an idea when you’re in the moment.” 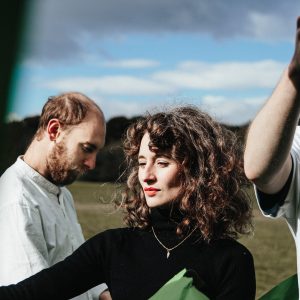 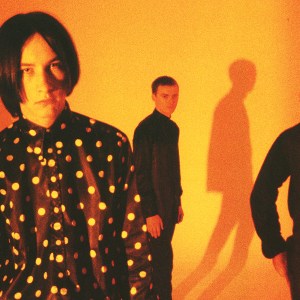