With brazen lyricism and a brand new degree in audio production, Natalie Madigan delivers her new EP, Put the Light Back, on April 30. Central to her entrance project is the title track—a self-love anthem aptly timed with the pandemic as we ease out of the darkness and into the beaming light at the end of a long tunnel.

“This song was the first of several penned during quarantine last spring. I finally had space to think and feel and just be with myself,” Madigan tells American Songwriter. “it was my time to soak in and heal from everything I had experienced the year before and get my mental health back in check. So the song is actually me speaking to all my struggles and telling them—and myself—that I’m in control of my reality. I’m choosing to grow from the bad instead of sink into it.”

Recorded during the height of the pandemic from her home studio, “Put the Light Back” was completed remotely by producer Cody Lavallee. The song lands in a series of singles, including “To the Moon” and “Sleep Like a Baby,” Madigan has released this year in anticipation of the EP.

Born in Murfreesboro, Tennessee, Madigan has always been an arms reach—physically and mentally—from Music City. By first grade, her parents already had her enrolled in piano lessons, which she would continue for the next 12 years. Grade school led her to participate in musical theater, voice lessons and choir. She began writing her own songs in early middle school, and recorded demos on GarageBand throughout high school. Her acceptance into Grammy Camp Nashville, her senior year of high school, was what made her decide to pursue a career in the music industry. She went on to study Audio Production at MTSU (Middle Tennessee State University). During this time she refined her songwriting, singing, and production skills, coalescing in her 2020 debut album, What It’s Like to Be Known.

Her downtime this year contributed to her growth as a storyteller. “I feel like my best songs come out when I’m not pressuring myself to write a great song,” says Madigan. “There’s this pressure as a songwriter to be writing a ton of songs every week, and I’ve found that just doesn’t work for me. My songs are so much stronger when I just work at my own pace and stop being concerned with the volume I’m producing—just focus on the quality of work I’m creating.”

At her own pace, the artist spends the most time honing her melodies. She pored over the chorus of “Put the Light Back” for a week. She laughs, adding, “I really wanted the melodies to reflect the sentiment of the song.”

Madigan is passionate about mental health advocacy, which is reflected in her music. Tracks like “Put the Light Back” portray her emotional transparency evoked through her thoughtful lyricism. She wields themes of self-reflection, growth, anxiety, and relationships to deliver emotionally resonant music through hypnotic pop.

Just as Lana Del Rey and Billie Eilish do for her, Madigan hopes to inspire her listeners that they can overcome whatever their struggle that seems insurmountable. She adds, “I just want this song to be something people can hold onto as a means of empowerment and hope.” 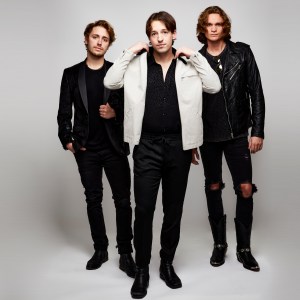 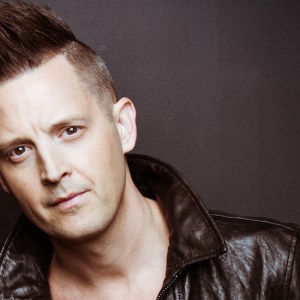