Inspiration strikes when you’re least expecting it. Stuttgart, Germany-based pop-rockers, Rikas’ new sun-drenched single, “I Always Think Of You (When I Listen To This Song)” was bred from especially touching moments in Noah Baumbach’s movie, Marriage Story. The song’s soundtrack feel stems from watching the movie scenes over and over again, captures the vibes it evokes.

“It’s like you come out of a relationship with so many memories and sometimes you get a flashback when your favorite song you shared with your ex-partner is played on the radio. And, in that moment you just smile cause it’s over but you are also melancholic in some way, because that feeling won’t come back again,” bassist Sam Baisch tells American Songwriter in an interview.

“The verse deals with the struggle of suddenly ending up alone again. For example, constantly staring at your phone or pretending to be alright, but you just don’t want to admit that you’re a total mess inside,” Baisch adds.

The single follows their 2019 full-length, Showtime, and a series of singles since including “Overthinking” (and the Japanese version,  “再考する”) and “Stereo.”

Rikas is a traditional band in that each of the four members— Baisch, Sascha Scherer (guitar/keyboard), Chris Ronge (guitar), and Ferdinand Hübner (drums)—write songs, and there is no established “frontman.”

They started playing together in high school, influenced by shapeshifting outfits like The Strokes, Green Day, and The Beatles. This was back in the day when, Baisch recalls, being in a band was “the coolest thing.”

To describe their lighthearted “happy music” in color, Baisch points to hues like yellow, green, and light blue. The sanguinity of their songs start from their collaborative inception. Baisch describes, “There is this certain magic when something comes together in the beginning that is my favorite part of the songwriting process.”

Like Baumbach’s Marriage Story, Rikas looks to poetry, books, and other forms of art for guidance. “We like to get inspired by movies or even a trip to a museum can help to find new inspiration. I think the most important thing is to get out of your routines here and there,” Baisch offers to aspiring songwriters.

“We tend to overthink as a band if we sit at a desk and try to write a song. The best ideas come unexpectedly and spontaneously, that’s why I love to use my iPhone recording app to track all my ideas. I also recently read How To Write A Song by Jeff Tweedy, which had some very good advice in my opinion.”

Listen to “I Always Think Of You (When I Listen To This Song)” below. Keep up with RIKAS here. 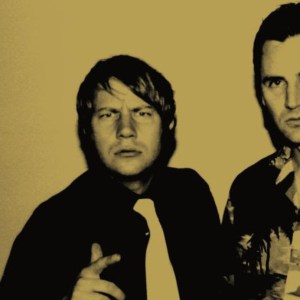 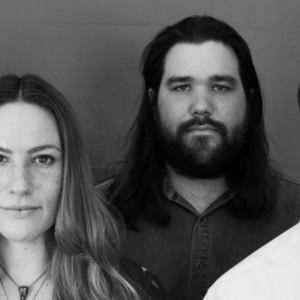