Pacific Northwest singer-songwriter, Damien Jurado, has an extreme faith in that which is unseen. This ardent faith shows up in all the aspects of his life, whether personal, professional or creative. As a musician, Jurado, in many ways, is like a channel or faucet, he says. He opens himself up to language, music and thought and lyrics and melody spring forth like water. It’s the reason the artist has been so prolific in his decades-long long career, which continues with the release of Jurado’s latest LP, What’s New, Tomboy, set for release May 1st.

“I’m a very spiritual person,” Jurado says. “I’m very in tune with the spiritual side of my life. I have a pretty intense communion with God, I really do. You open up your mind’s eye or your heart’s eye and you just take it in. I believe that if you’re open to it, I believe God shows up in a great way.”

Jurado, who values his relationship to religion, writes often about the everyday. He tells stories about people living out their lives, which is both a divine and solemn experience. But whatever Jurado writes in his songs, it comes naturally to him and he doesn’t censor it. Jurado, perhaps waking at 3 AM, will run to his tape recorder and hum a melody that popped into his mind. Words will come. And whatever they are, he won’t alter them. Whereas many artists might edit their work unceasingly, Jurado just lets the faucet run.

“I trust whatever comes out,” he says. “If I try to mess with a lyric, that’s not being truthful to me or to the listener or to creation, itself. If you were a songwriter and I was a song and I’m telling you to tell Sally that tomorrow four tornados will hit downtown and you turn to Sally and say one tornado and possibly a rainbow will hit, you’re lying to Sally.”

One of the standout songs on the thoughtful What’s New, Tomboy is the track, “Fool Maria,” a lovely, musing stream-of-consciousness frolic into Jurado’s mind. One might not notice it at first, but the song is constructed with only two chords. It’s something other songwriters might think insufficient for a final product. Perhaps another part is needed, they would think. But Jurado let it be as is. This open-ended practice leaves Jurado’s work free to as many interpretations as there are audience members for it.

“Lyrically, it might not make much sense to me,” he says, “but you might look at it and you might have some insane emotional response. You might get goose bumps or teary-eyed. I’ve heard interviews with other songwriters and they’re all different. This is just how I approach it.”

Jurado, who began to play music in the mid-90s at 22-years-old, recorded a number of demos on cassette tapes in the early days. As he began to invest more and more in the craft, his songs matured. The language was more lush and interesting. He became known in his hometown (Seattle, Washington) for his tapes and the pretty, poetic songs he recorded on them. At the first show he ever played, a representative from the famed label, Sub Pop, approached Jurado about a record deal. He gave them 30 demos. Not long after, they signed him to a deal.

The musician’s latest album is spare. On the majority of the 10 tracks, it feels as if Jurado is the room plucking his acoustic, singing as he looks out the window at some bluebird on a branch. On each of his 15 records, Jurado uses a different method of music production. On his 2012 record, Maraqopa, for example, Jurado sought a scratchy, AM Radio-like sonic texture. On 2020’s What’s New, Tomboy, Jurado wanted to center and pronounce the bass right along with his voice.

“I love how it turned out,” he says. “There’s a lot of emptiness and space in the songs.”

Of late, music has come to him at an especially fast rate, enough for three new albums. Indeed, Jurado has the enviable talent musicianship. If the artist wanted to, he could hop on a train with an acoustic guitar strapped to his back, find a new town and turn heads. He could play in Paris or Prague, Tokyo or Toledo. It’s a liberating skill for the artist. But while he’s suited for work in the public eye all over the globe, Jurado spends large chunks of his time away from large groups of people, off the grid, himself keeping essentially unseen.

“Music is about mystery,” Jurado says. “I like anonymity. I like where I live, in a very small town where nobody knows who the hell I am. It’s great. I can just make breakfast, pet my cat and make records.”

Support Jurado with a purchase on his site. 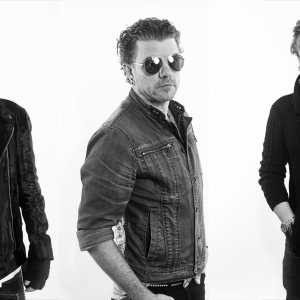 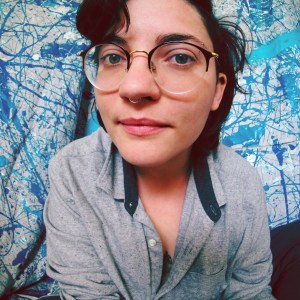